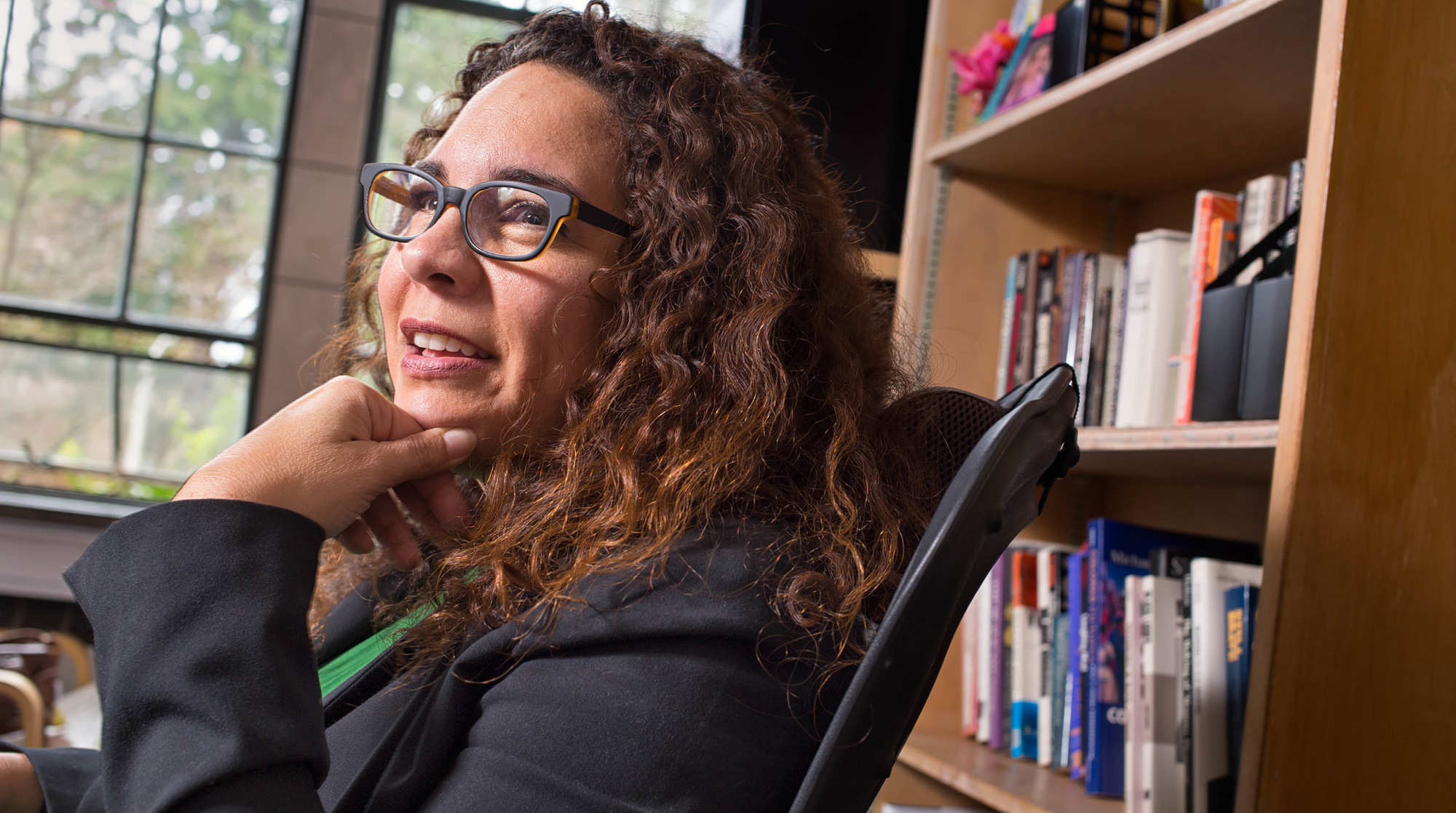 This year, Joseph and a small group of graduate students are leading a community-based project in Seattle’s Central District exploring power, privilege and difference in society. The project, funded by a Mellon/American Council of Learned Societies fellowship, evolved out of an “Interrupting Privilege” seminar that Joseph created in partnership with the UW Alumni Association to bring together students and community members for intergenerational conversations about race, racism and their intersections.

With the current project, Joseph and her team are working with community members ranging from high school students to retirees, ages 15 to 75, the majority of them Black. “They’re the voices you are not hearing on mainstream media platforms, the voices of our students and other community partners telling stories that are both heartbreaking and garnering hope in a lot of ways,” says Joseph. “Particularly at this moment, this is one of the really wonderful things we can do, amplify Black and brown voices of resistance.”

All of the participants are engaging in “radical listening,” which emphasizes listening without judgment, keeping silent and giving your full attention so that the speaker will continue sharing. Radical listening means quieting your brain and resisting the instinct to respond with your own thoughts. Instead of “putting on your superhero cape and trying to swoop in and save the day,” Joseph explains, being anti-racist in this space means taking a step back to listen and learn.

“Radical listening is based on a skill set that people can take up and practice daily in different settings,” Joseph says. “It’s not that easy to do, though.” The concept first emerged in the late 2000s, when Joe L. Kincheloe, a scholar of education at McGill University, introduced it to his students and colleagues as a tool for tuning into others’ voices without projecting one’s own ideas and identity into the conversation.

Joseph’s advice to radical listeners: Focus on the speaker. With your body and gestures, signal openness and interest. Practice pausing your own thoughts, and when the speaker is done, repeat what you heard to ensure you didn’t misunderstand. “It’s not about giving everyone the mic and all speaking equally,” she says. “It’s giving the mic to those who are often silenced and taking it away from people who jealously guard it.”

Radical listening doesn’t mean inaction, however. “As a listener, after you have heard someone iterate moments of inequality, you actually need to do something,” Joseph says. “But that action has to always be in concert with the speaker’s desires.” But the first step is to “pause that judgment to just listen and hear for a moment,” Joseph says. “We’re in such short supply of that right now.”