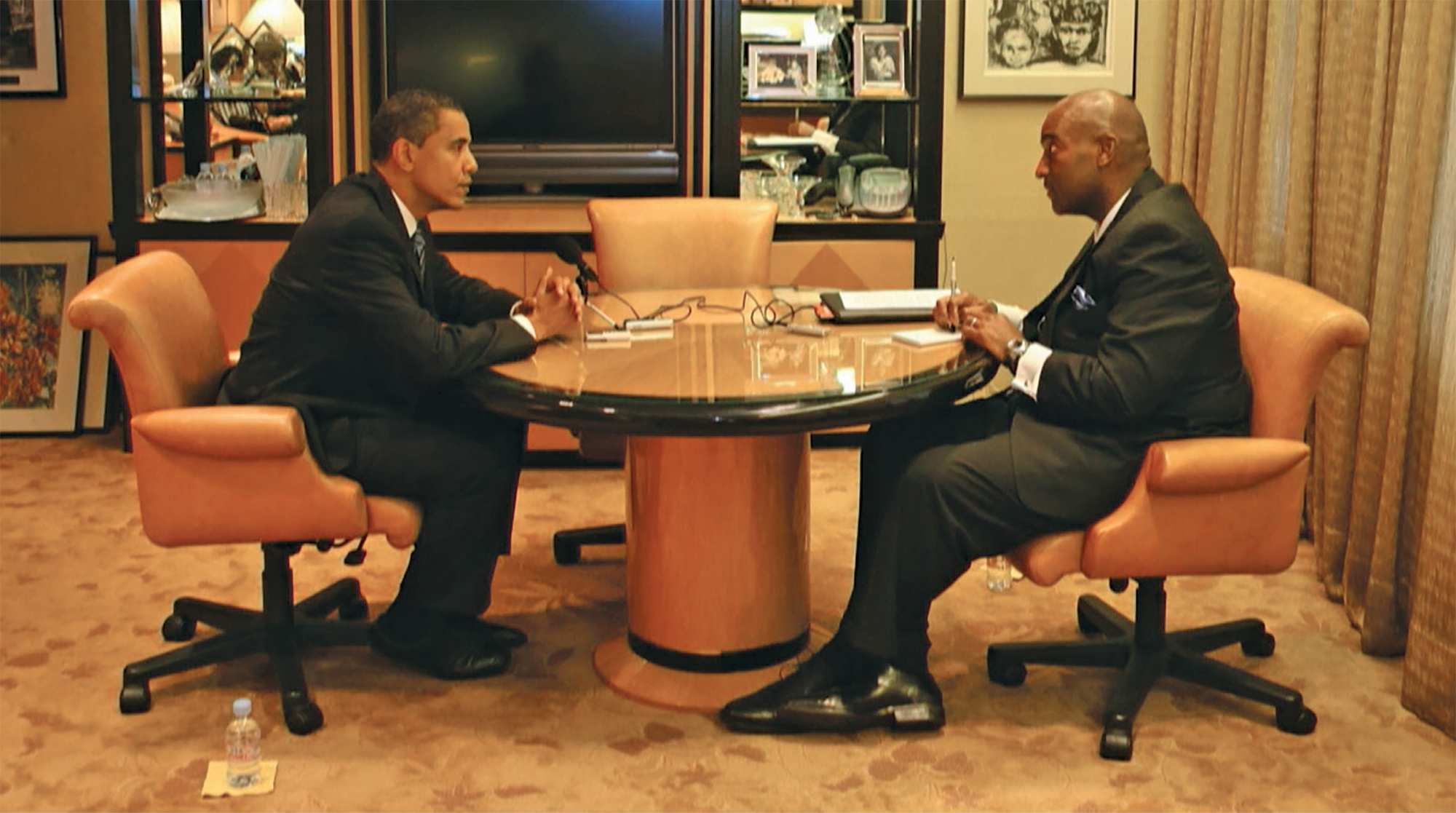 Remembering Bryan Monroe, ’87, who had a storied journalism career

Bryan Monroe, ’87, the first Black editor of The Daily, went on to a storied journalism career that included guiding editorial for the nation’s two leading magazines for Black audiences, heading a Pulitzer-prize winning newspaper team and being the first print journalist to interview the country’s first Black president-elect.

Monroe often described himself as a “pesky kid from Clover Park High School who used to run around Red Square with a camera.” He started his career as a photography intern at The Seattle Times and then worked at newspapers around the country before becoming an editor and eventually assistant vice president of news at the former Knight Ridder media company. It was in that position where he led the team at the Sun Herald of Biloxi, Mississippi, that won the public service Pulitzer Prize for coverage of Hurricane Katrina.

In 2005, as the category 5 hurricane was moving through the Gulf of Mexico, Monroe, known as “The Disaster Dude,” assembled a group of writers and photographers and flew from California to the south just as the storm was arriving. He and his team headed straight for Biloxi, where the hurricane was making landfall and in the process of wiping out 20 percent of the town. They arrived to find “destruction all around,” said Monroe. He sensitively guided the coverage of the human toll that Katrina took.

“I’ve worked in TV and radio and newspapers, magazines. I’ve been all over the world covering presidents and potentates. But at the core, what I’ve learned about journalism, what I’ve learned about photography and storytelling and empathy and connecting with people was here in Seattle as a photographer,” he said at a 2017 Collaborating for a Cause lecture in Seattle. This grounding served him well, fostering his talents for connecting with the people he worked with and covered.

Monroe’s energies and talents landed him the position of editorial director at EBONY and Jet magazines in 2006. He was also the 16th president of the National Association of Black Journalists. Most recently, he was associate professor of practice at Temple University and had just been named editor of CNNPolitics.com.

He didn’t need much convincing to serve as the first guest editor of Viewpoint Magazine back in 2016. He had recently stepped into a teaching position at Temple and happily gave a bit of his time to guide the issue’s storytelling. He invited his UW classmates—longtime friends who had gone on to exciting careers—to interact with current students. They shared the lessons they learned with the students following in their footsteps.

Monroe died of a heart attack in early January at his home in Bethesda, Maryland. He was 55.

At top: In 2008, Bryan Monroe, ’87, was the first print journalist to interview President-Elect Barack Obama.