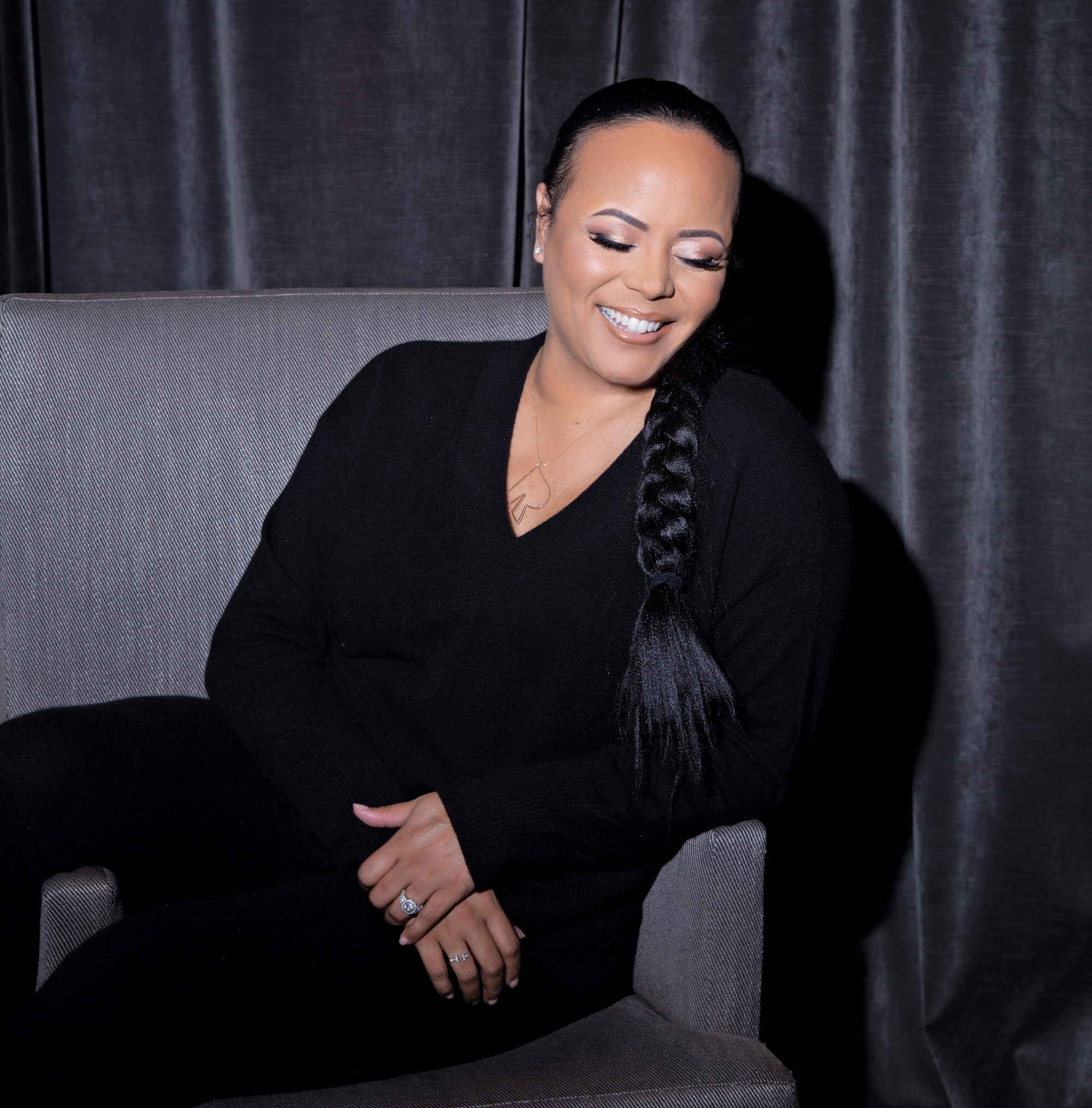 Collaborating with Will Smith and Dave Chappelle is all in a day’s work for one of TV’s leading women directors.

When Will Smith asked Rikki Hughes to helm “The Fresh Prince of Bel-Air” reunion show in 2021, the Los Angeles-based producer and director sought a lot of advice before jumping on the phone with arguably the world’s biggest celebrity. Some she took, some she didn’t.

“Everyone was, like, ‘Make sure you don’t mention Janet Hubert,’” Hughes says. “I just have a little bit of a different viewpoint.” Hughes couldn’t imagine doing the project without the actor who played the original Aunt Viv, the moral compass of a show that remains a pop-culture touchstone and helped catapult rapper Smith to stardom on the screen. Smith and Hubert had been feuding for decades, though, and her participation in the reunion seemed unlikely.

The first thing she did when she got on the phone with Smith was ask, What about Viv? “And he was like, ‘You know, it’s been 27 years, Rikki. If you feel like this is a good place, I trust you,’ she says. “And so I went off and had many conversations with Janet, and we spent a couple of weeks just really figuring it out, finding the human part of it.”

Finding the human side of her famous collaborators has helped the 1991 UW graduate become a rising figure in the world of TV. She’s won two Emmy Awards and three Grammys and has produced some of the most watched shows of the past few years: Millions watched the “Fresh Prince” reunion on HBO Max. And she has produced several Dave Chappelle Netflix specials and comedy albums, including the popular and controversial “The Closer.”

She’s also one of the few Black women directors in TV. Her move into the director’s chair is a natural progression in her career, but certainly not the position she thought she’d be in when she graduated from the UW and took a summer job before enrolling in UCLA medical school. It changed her life.

That job was as assistant tour manager for rapper Warren G and a crew of musicians who were stepping out of Long Beach and into the national spotlight. 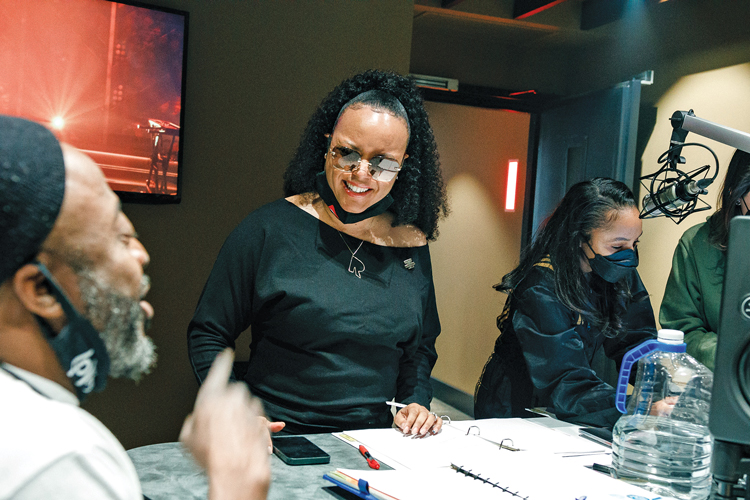 Aside from her TV success, Hughes has earned a reputation for giving Black and brown people opportunities to work in the entertainment business.

Her dad doubled down, guaranteeing a plane ticket home if things didn’t work out. So she took the leap. “And I had the time of my life,” Hughes says.

Career decisions came easy after that. She was already earning more than a doctor and having a lot more fun. After a few years in music production, she turned to TV. By the mid-2000s, she was the Black Entertainment Televison network’s go-to producer for its BET Hip-Hop Awards, BET Honors and “Rip the Runway.” At the same time, she moved into producing comedy television specials, working with Katt Williams, Bill Bellamy and Chappelle, three popular comedians.

In 2018, Hughes became the first Black woman to win an Emmy for Outstanding Variety Special (Pre-Recorded) for her work on “Dave Chappelle: Equanimity.” Since then, she has moved into the directing booth and is the showrunner of HBO Max’s “The Hype” streetwear competition show as she continues to expand her Magic Lemonade Productions into one of Hollywood’s most successful Black-owned companies.

“She definitely gives lots and lots of brown people opportunities,” says Robyn Lattaker-Johnson, ’92, a close friend. “For example, I introduced her to my former assistant, who happened to be out of work, and now she’s Rikki’s assistant. So I do think Rikki and I have always had that vision to make sure that we do what we can to help in this industry, because the doors have been closed to us for a long time.” That assistant is now a development executive at Magic Lemonade.

Like Hughes, Lattaker-Johnson graduated with a different plan before landing in Hollywood. She saw herself as a broadcast journalist specializing in human-interest stories. But like her friend and fellow Alpha Kappa Alpha sorority sister, she ended up in the TV industry instead. She worked as a network executive at BET, the Oprah Winfrey Network, Syfy and Sean “Diddy” Combs’ music network Revolt, specializing in unscripted programming.

“I would say when I started in this business almost 30 years ago, I didn’t see many people that looked like me,” Lattaker-Johnson says. “From the corporate network level to the producers behind the scenes making the content, there just weren’t a lot of us. Today there’s so many more.”

Many of the ideas she now employs to open doors for herself and others began with her work on campus in Seattle, Hughes says. She was a 16-year-old freshman from L.A. who graduated at 20 with a degree in African American Studies. She remembers college as a time swirling with ideas and people from different places. Her studies with Albert Black in the Department of Sociology and John C. Walter in American Ethnic Studies continue to inform her thinking as she tries to effect change in an industry that’s been slow to change.

When George Floyd was killed by a Minneapolis police officer in 2020, sparking worldwide Black Lives Matter protests, Hughes found herself in many discussions about increasing content focused on Black voices and lives. Again, her viewpoint was a little different. “I was so happy that I had the foundation to be able to say, ‘Well, hold on, it’s not about just having Black content,’” Hughes says. “‘It’s about being very authentic in the space. It’s about being deliberate in how we approach things and also just having equity.’”

She also leaned on her experiences to navigate the turmoil surrounding her two most famous collaborators. Chappelle has repeatedly made jokes about trans people and taken heat for it in a variety of ways, including cancellations of his shows. And Smith has been embroiled in controversy since slapping Chris Rock at the Oscars earlier this year.

Hughes doesn’t believe either man should be judged for one moment in his life. “Choices mean everything, and both of these guys have made really bold strides and sacrifices to get where they are,” Hughes says. “No one is perfect. We watch, and every now and then, we see moments of imperfection. And to me it’s the beauty of the imperfections, because it’s like, ‘What happens next?’ I care less about when people fall down. I’m always concerned about how do we get back up.”