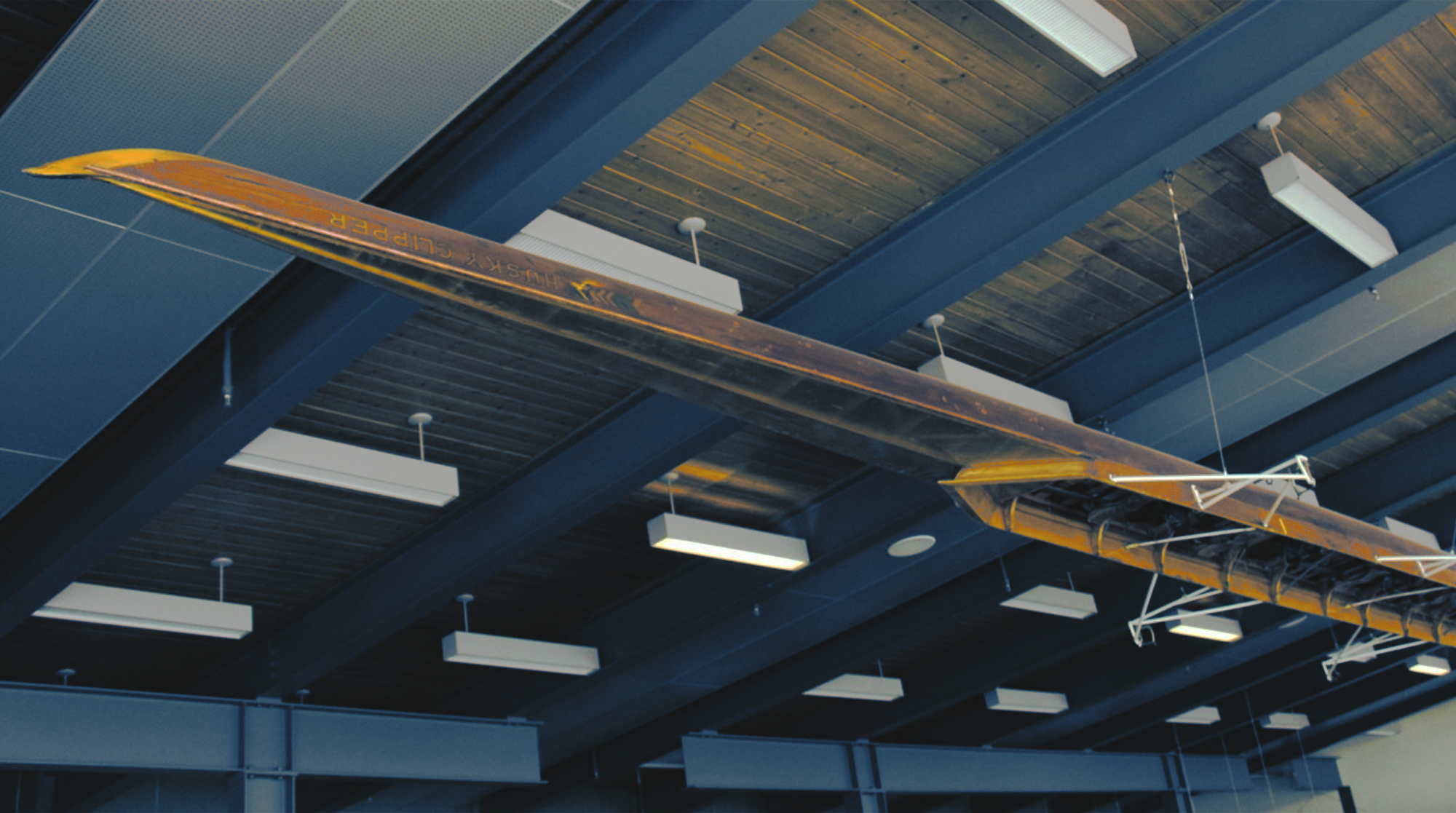 Beyond the boats in ‘The Boys in the Boat’

David James Brown’s book is a great tale about the crew team at the 1936 Olympics. But there are more boats to know about than just the one they rowed.

The Husky Clipper racing shell that the UW team rowed while winning the gold medal at the 1936 Berlin Olympics is kept on display inside the Conibear Shellhouse. It is a great historic piece well worth viewing. But there are other UW boats worth knowing about—and seeing—as well. And they have been around for decades and decades.

While the crew teams are in their shells, pulling and working the oars hard as possible while they push themselves to get better, the coaches follow them in boat launches that have motors. For instance, when Al Ulbrickson coached the Husky crew from 1927 to 1959, he rode alongside rowers in the 28-foot-long Conny boat launch that was named after the founder of Washington rowing: Hiram Conibear. As UW rowing historian and former Husky coxswain Eric Cohen writes in his excellent story on the boats, the bow of the boat was essentially Ulbrickson’s “office.”

There also was the Husky boat at the time which was later replaced after World War II by the 28-foot Husky II.

“The thing about the launches versus the history of the program,” Cohen said, “is that when you think of the rowing program, you don’t really think about what the coaches are doing as much as about the men responded to whatever circumstances they were facing.”

And yet we should know about them because the launches were important for the coaches. Ulbrickson rode in the Conny while coaching “The Boys in the Boat” to the 1936 Olympics. And he often was joined on the Conny by George Pocock, who famously built the crew shells.

Not surprisingly, the two boats underwent damage over the years and needed repairs. The Conny was heavily damaged in 1971 and Cohen reports that it was found in multiple pieces four years later by former Husky crew team rower Kirk Knapp. Knapp currently owns the boat, which was finally restored in 1998 after the engine was discovered 150 miles away.

The Husky II was used by former longtime rowing coach Bob Ernst when he started as the freshman coach in 1974 but it, too, had some issues as well over the years and needed repairs. It was repaired in 2002 and again in 2014, the latter renovation thanks to the generous donation of Blake Nordstrom, who lived in the shellhouse with Cohen while attending the UW during the late 1970s and early ‘80s. “We owe Blake,” Cohen said. “Blake saw it and said I will take care of you guys and do this for you. If it hadn’t been for that, we had no budget to fix that. It was a real labor of love on his part and we would not have it if it hadn’t been for that kind of generosity the Nordstrom family has shown this program for a long, long time.”

The two boats can be seen on race days, with the Husky II more often there. Cohen says the two boats are invaluable. “They’re using a launch that was there at that time (of long-ago teams),” he said. “The real value of the Husky II, and the Conny, as well, is that tangible connection to our past. And to know that coaches like Al Ulbrickson sat in that boat, sat in those launches. And not just once or twice, but all the time. …

“It really did draw this tangible connection from our past to today. It’s just one of the few things we have left that makes it so valuable.”

So be sure to go see then when the Huskies race next (and likely win).

Jim Caple is a freelancer writer for Columns Magazine.