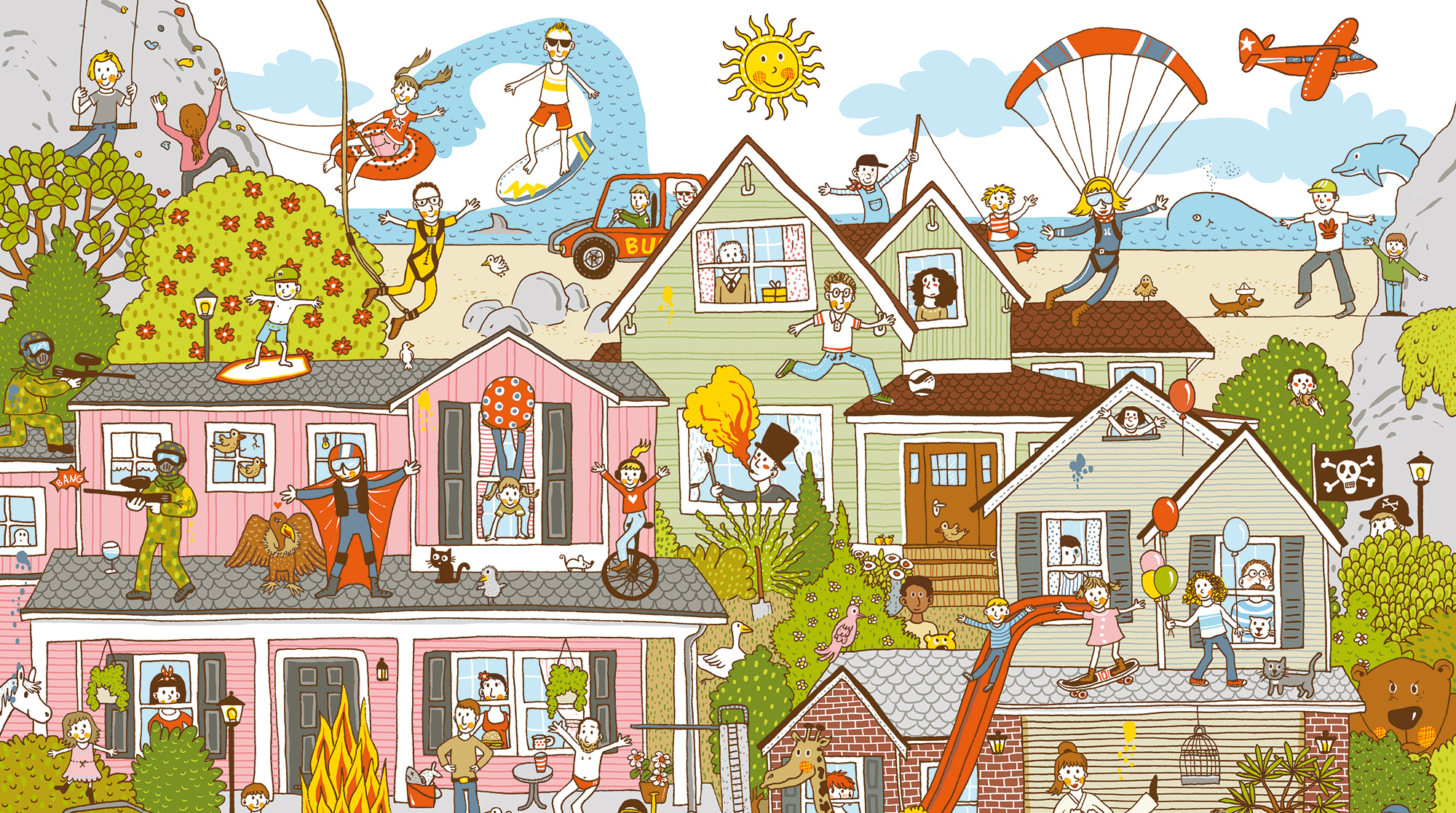 Safe travels: 10 tips to help you have a healthy trip

We visited author and traveler Chris Sanford in the somewhat safe environment of his Seattle Craftsman home to get an early glimpse at 10 bits of wisdom from his book, “Staying Healthy Abroad: A Global Traveler’s Guide.”

He was upside down, about 10 feet under the roiling white water of the Nile River, when physician Chris Sanford had an epiphany.

For years, he had been giving advice to travelers about how to stay healthy in some of the most remote places on Earth. He had seen thousands of people through a travel medicine clinic at the UW Neighborhood Northgate Clinic in Seattle. But on this day—at risk of drowning in Africa after his raft rolled over—he realized he was not following his own advice.

1. If you don’t do something normally at home, don’t do it for the first time in a foreign country.

Sanford did not routinely raft in the highest-risk, white-water rapids in the United States, so if he followed his own rule, he would have said “no” to his teen son’s plea to set out on the Nile that day.  He also recommends against hiking farther than you would normally hike, and hiking at altitudes where you haven’t routinely climbed. Kite-surfing? Not unless you do it routinely. Scuba diving? Nix, unless you already are a routine diver in your home country.

Sanford tells this story and many others in his upcoming book, “Staying Healthy Abroad: A Global Traveler’s Guide.”

We visited Sanford in the somewhat safe environment of his Seattle Craftsman home to get an early glimpse at 10 bits of wisdom from his book. For those eager to know more, the guide, which is due in bookstores in December, provides rich details and research references.

Many travelers feel romantic urges while on vacation, but don’t realize that the supplies they buy overseas may not be of the highest quality. They could even be counterfeit, Sanford warns. Among the many health risks of unsafe sex are pregnancy, chlamydia and HIV. But perhaps the most mundane advice he offers is to bring high-quality supplies from home rather than rely on the effectiveness of prophylactics bought elsewhere.

Latex condoms purchased in a high-resource country are the best choice, he advises. The stakes are high: “Every year an estimated 500 million people become infected with chlamydia, gonorrhea, syphilis or trichomoniasis.”

Another warning—be aware of how sexuality may run afoul of local customs or cultural norms. In some countries, homosexuality is illegal. You may be visiting a resort where prevailing views are more in line with your own, but a mile from there, a passer-by could report you to authorities for holding your partner’s hand. In Uganda, for example, same-sex relations are illegal and could result in life imprisonment.

It you want to be ruled by big data, the big data on travel is that motor vehicle accidents kill more travelers than Ebola. The viral fever captures headlines, but riding in a matatu van in Nairobi or tuk tuk auto rickshaw in Thailand is probably a bigger risk to most of us than diseases. Even riding in the back of a taxi without a seat belt is tricky.  “I’m afraid of Fords, Toyotas and Hondas, not mosquitoes or rats,” Sanford says.

He has been known to offer a taxi driver a larger tip for slowing down.

You might be worried about catching malaria or yellow fever. There is an entire section in the book about malaria. But Sanford wants you to know that the most common infection that travelers get is the flu. Being in good health before you board a plane, and having all your routine vaccinations, goes a long way toward making it a good trip. Do you have frequent migraines? Do you have diabetes? Bring your own medications, properly marked to go through security, and know the rules of the places you are visiting. Is there a medication you take that’s illegal somewhere else? Just to give one example, the medical marijuana you take legally here may make you a target of officials elsewhere.

Sanford knows a man who had appendicitis while traveling, which is treated with a routine sort of surgery in many parts of the world. Because this traveler was in a remote part of South America, it cost $80,000 for a medical airlift to get him to the right hospital for his care. Sanford believes in insurance for many travelers that will cover the cost of a medical exit, if necessary. There are websites that offer quick comparisons of travel insurance for this purpose. Many domestic health insurance plans don’t cover any costs for health issues abroad.

Broken ankle in Bali? Slipped disc in Zanzibar? Are you over 65? Medicare does not cover you outside the U.S.

6. Don’t wait until the last minute.

While dreaming about cocktails on a tropical beach, be sure to set aside time early for advice about travel health. He recommends at least six weeks. Some of the vaccinations you need could require two doses that are weeks apart. Medicine you might take to prevent malaria, for example, is frequently taken in advance so that you can check for side effects before you are mid-journey.

7. Seeing your own relatives counts as travel, too.

The highest-risk group of travelers is known by the acronym VFR, which stands for visiting friends and relatives. Nobody is entirely sure why, but those who live in high-resource countries and then go home to see their own kin in low-resource countries suffer the most travel-related disease and injury. It may be because these visits last longer than pure tourism. It may be that when we feel safe in our childhood haunts, we forget to exercise caution.

8. Diarrhea is common, and being careful may not help.

Here is a confusing bit of truth. Trying to exercise “safe” eating habits has not been shown in research studies to prevent traveler’s diarrhea, but Sanford recommends it anyway. Among his recommendations of what to avoid are street food, salad, raw meat, tap water and dairy.

Washing your hands is a very good idea. Hand sanitizer, however, does not kill norovirus, which is frequently the cause of tummy upsets on cruise ships.

People tend to focus on high-tech ways to protect themselves from malaria and other insect-borne diseases. But Sanford wants everyone to remember to wear long sleeves, use bed nets at night, and avoid the times of day when specific mosquitoes are known to be out. He also recommends insect repellents, and provides great detail on the pros and cons of different types.

His point: you should take the “avoid mosquitoes” part of the process just as seriously as you do the “taking malaria medications” part.

Sanford is 100 percent in favor of travel. His rough estimate is that he has been to 50 countries. He spends about a month in Uganda every year, teaching at a hospital. He believes in travel for its own sake. He and his wife have taken their two sons, now 17 and 19, to many countries.

His book begins with a quote from Augustine of Hippo, who lived about 400 BCE.

“The world is a book and those who do not travel read only a page.”