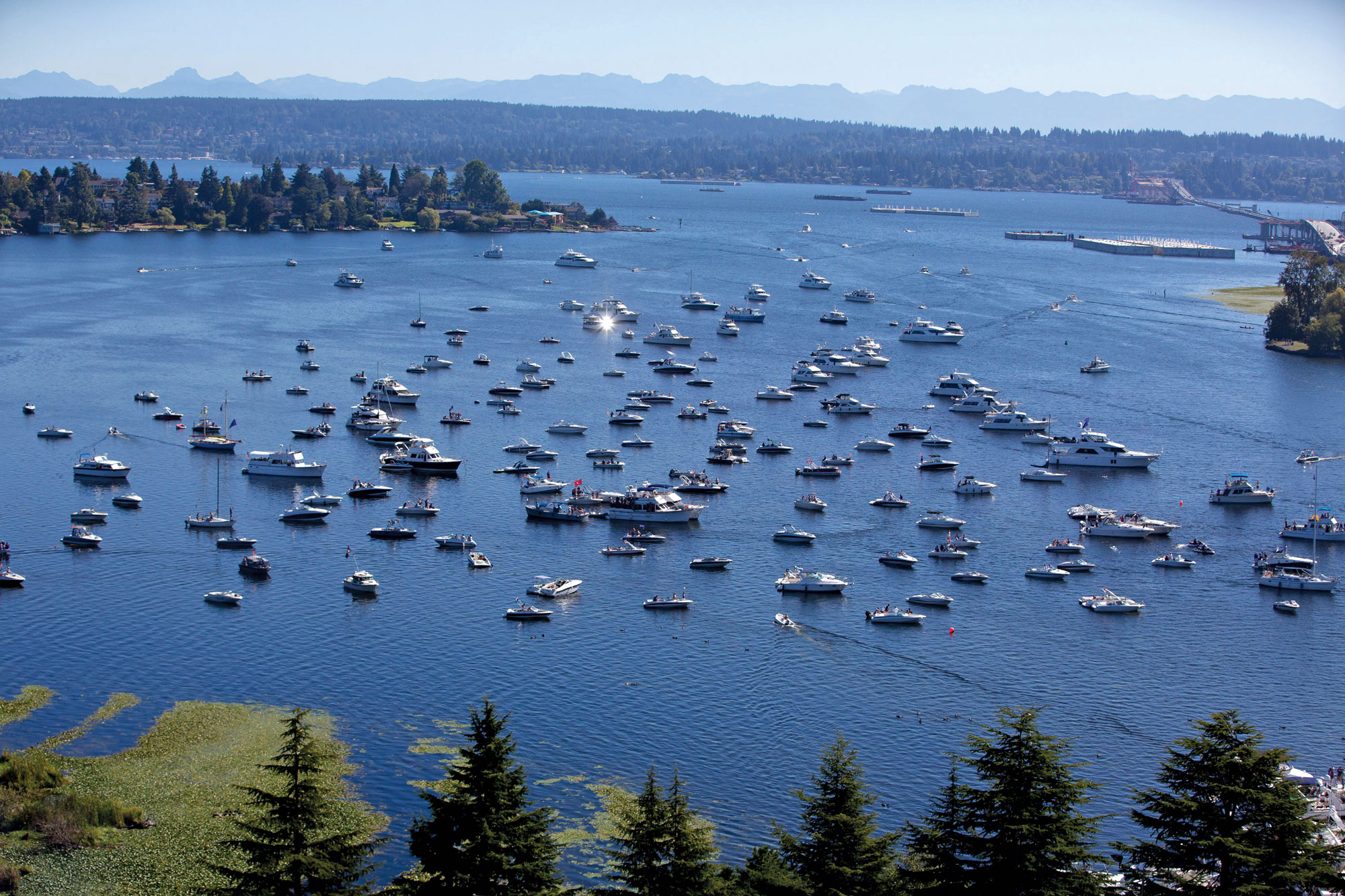 Set sail to the greatest setting in college football

It's an extra special way for Dawgs to spend their autumn Saturdays, and you don't need a private dock to join the fun.

In Columbia, South Carolina, you can tailgate on a train car. Ole Miss fans dressed to the nines gather by the tens of thousands in The Grove in bucolic (and humid) Oxford. University of Tennessee, Baylor University and the UW treasure the tradition of tailgating by boat, also known as “sailgating.” But nobody does it quite like the Huskies.

“Both [Baylor and Tennessee] have a river that brings football fans into the stadium,” says Connor Savage, the UW’s director of stadium operations and events. “From what I understand, it’s not a river that people want to swim in, or very well used, or very scenic.”

But the UW is blessed with the greatest setting in college football. Each game day, as many as 3,400 Husky football fans reach Husky Stadium by water. (Total attendance is typically around 70,000.) Sailgating began many years ago without an official docking spot; boaters crossing spectacular Lake Washington would tie up to trees along the muddy shore. Now, you’ll find everything from small skiffs to 94-foot yachts full of exuberant fans taking in the views before the game.

“We have a lot of people who are willing to spend a lot of money, but we don’t take bribes, so you have to wait.”

Private docking spots are extremely limited. “I liken it to trying to get season tickets at Fenway Park or Wrigley Field,” Savage says. “We have a waitlist of more than 100 boaters who have been trying to get on the dock for years.” At least 20 boats have maintained their coveted dock space for more than 20 years, according to Savage. “We have a lot of people who are willing to spend a lot of money, but we don’t take bribes, so you have to wait,” he says.

But you don’t have to dock to enjoy the full sailgating experience. Anyone can throw an anchor down in Union Bay—just wave your hands and a shuttle boat service will take you from your boat to the stadium’s dock. And if you’d like a designated driver, charter boats are available to carry anywhere from 20 to 500 passengers, offering food, drinks and the best sightseeing imaginable along the way.

“Lake Washington presents a really cool and unique backdrop,” Savage says. “Until you’re down there at the water, it’s hard to get a grip on it.”