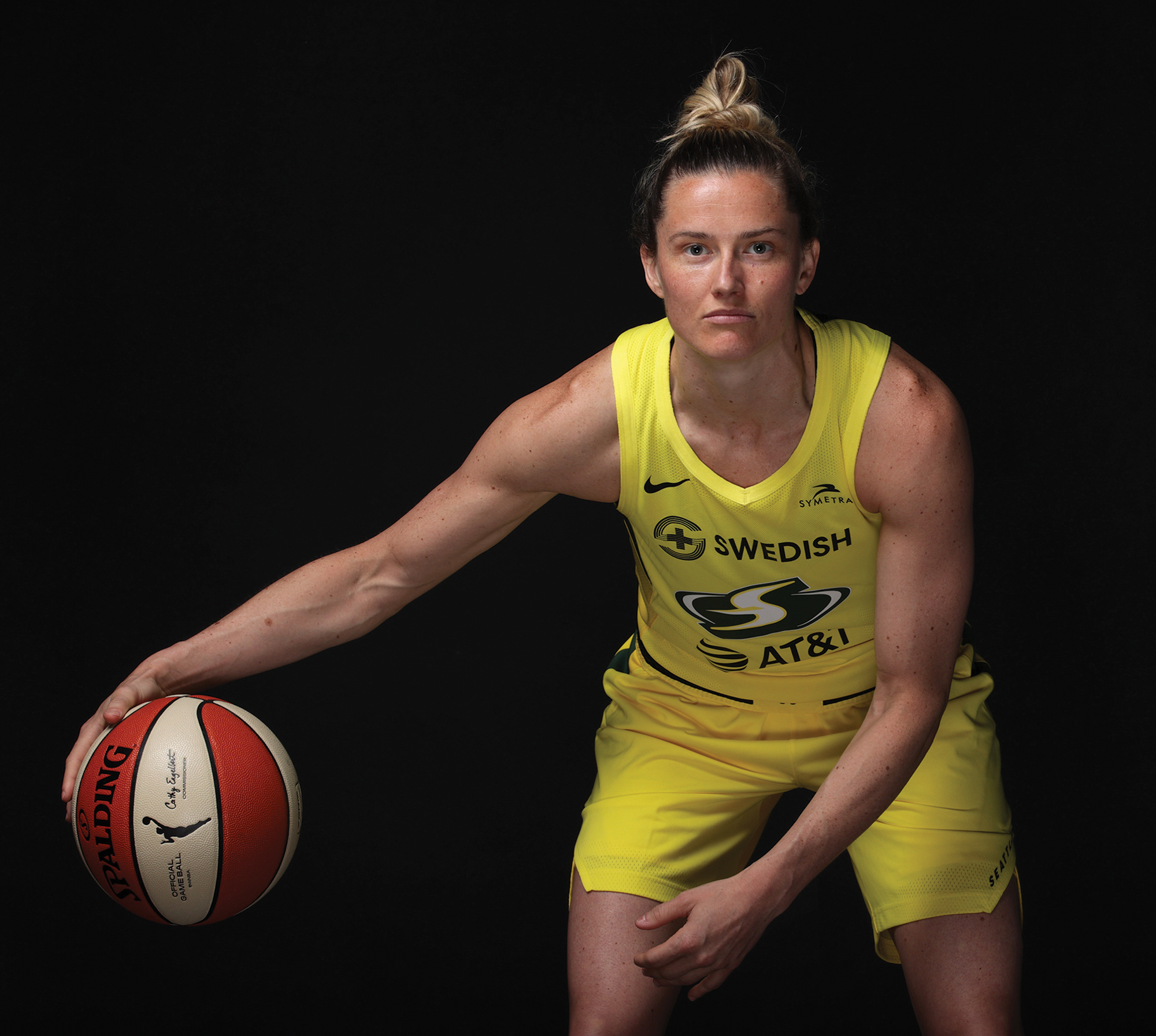 Former UW basketball player Sami Whitcomb welcomed her first child as she helped the Seattle Storm surge to a title.

What an autumn it was for former Husky basketball star Sami Whitcomb, ’10. Not only did she help the Seattle Storm capture its fourth WNBA championship, but she and her wife Kate welcomed their first child.

In her third season with the Storm, the California native was the team’s backup sharpshooter. Averaging a career-high 8.1 points, 2.3 rebounds and 2.0 assists coming off the bench, she helped the Storm tie the Las Vegas Aces with a WNBA-best 18-4 record. She played in all three games of the 3-0 sweep of the Minnesota Lynx in the WNBA playoff semifinals but left the WNBA “wubble” in Bradenton, Florida, to return home to Australia for the birth of her first child.

Her on-court success is because “We get the more open threes. I enjoy shooting threes,” she says. A UW standout, Whitcomb scored 1,205 points in her career from 2006-10. After graduating, she worked for the team as a video coordinator and intern. “The relationships I had with my teammates—they are still some of my best friends,” she says. “Getting to compete in the Pac-10 was really special. And I just loved being in Seattle.”

After originally being drafted by the WNBA’s Chicago Sky, Whitcomb played overseas for teams in Germany, France and Australia before joining the Storm in 2017. She helped the Storm win its third WNBA championship in 2018 and reach the playoffs in 2019. “Getting to play with some of the best players in the world is really fun,” Whitcomb says. “Knowing that I get a chance to come in and give these starters a break is really motivating.”

After the Storm swept Minnesota to reach the championship series against Las Vegas, Whitcomb left for Australia. “We were sad to have her go because she’s had an impact on this team,” Storm All-Star Breanna Stewart says. “We love her energy. She is a competitor. She is loud and active whether she is in the game or on the bench.”