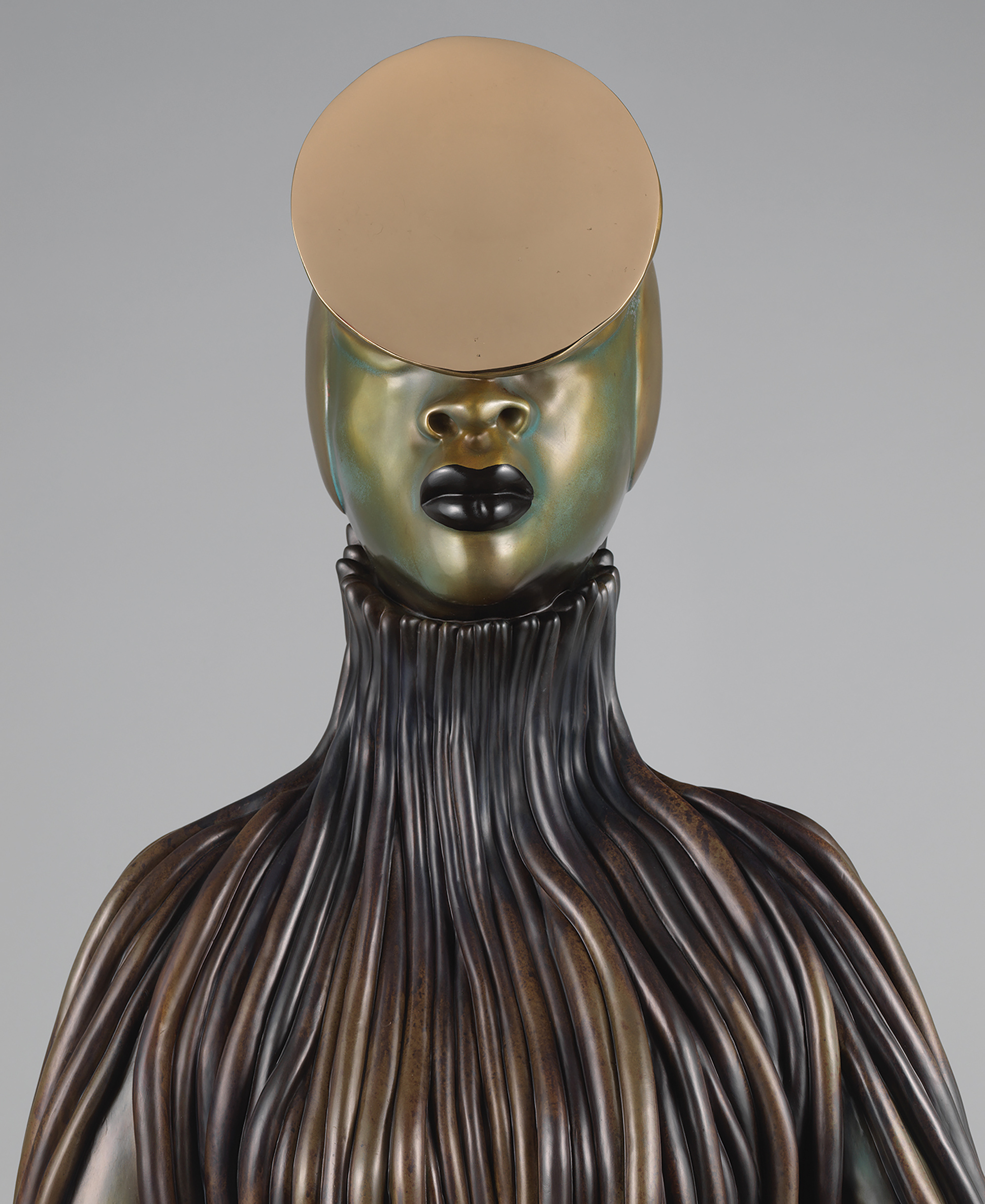 Kenyan-American artist Wangechi Mutu's sculpture for the Hans Rosling Center will ‘take us to where we haven’t been before.’

“The NewOnes, will free Us,” “The Seated IV,” is a sculpture in a series created by Kenyan-American artist Wangechi Mutu. It will move to its new home at the UW in front of the plaza of the Hans Rosling Center for Population Health this winter.

Known for her powerful and distinctive use of the female form to explore gender, identity, cultural trauma and environmental degradation, Mutu created four 7-foot bronze statues to occupy the empty niches of the façade of the Metropolitan Museum of Art in New York for an exhibit. She references the caryatid—a sculpture where a woman’s body is used as structural or architectural support—a theme in many African traditions of classical status objects, like royal stools and staffs, as well as in Greek architecture. “I love the idea of a classical figure that one adores and is drawn to and one has no idea why,” she says.

Mutu blended these different traditions and redefined the concept of the caryatid to be an independent and powerful woman who can “lead us into the future. Take us to where we haven’t been before.” The circular plates are reminiscent of futuristic crowns or halos, or magical orbs that emphasize composure and wisdom. They are inspired by traditional lip adornments worn by women of status from certain African traditions

The 900-pound bronze statue was fabricated at the Walla Walla Foundry in southeastern Washington and brought to the UW through a gift of the Bill & Melinda Gates Foundation.