An El Paso native's journey to UW leads to a key position as the White House Deputy Cabinet Secretary — and a piece of political power. 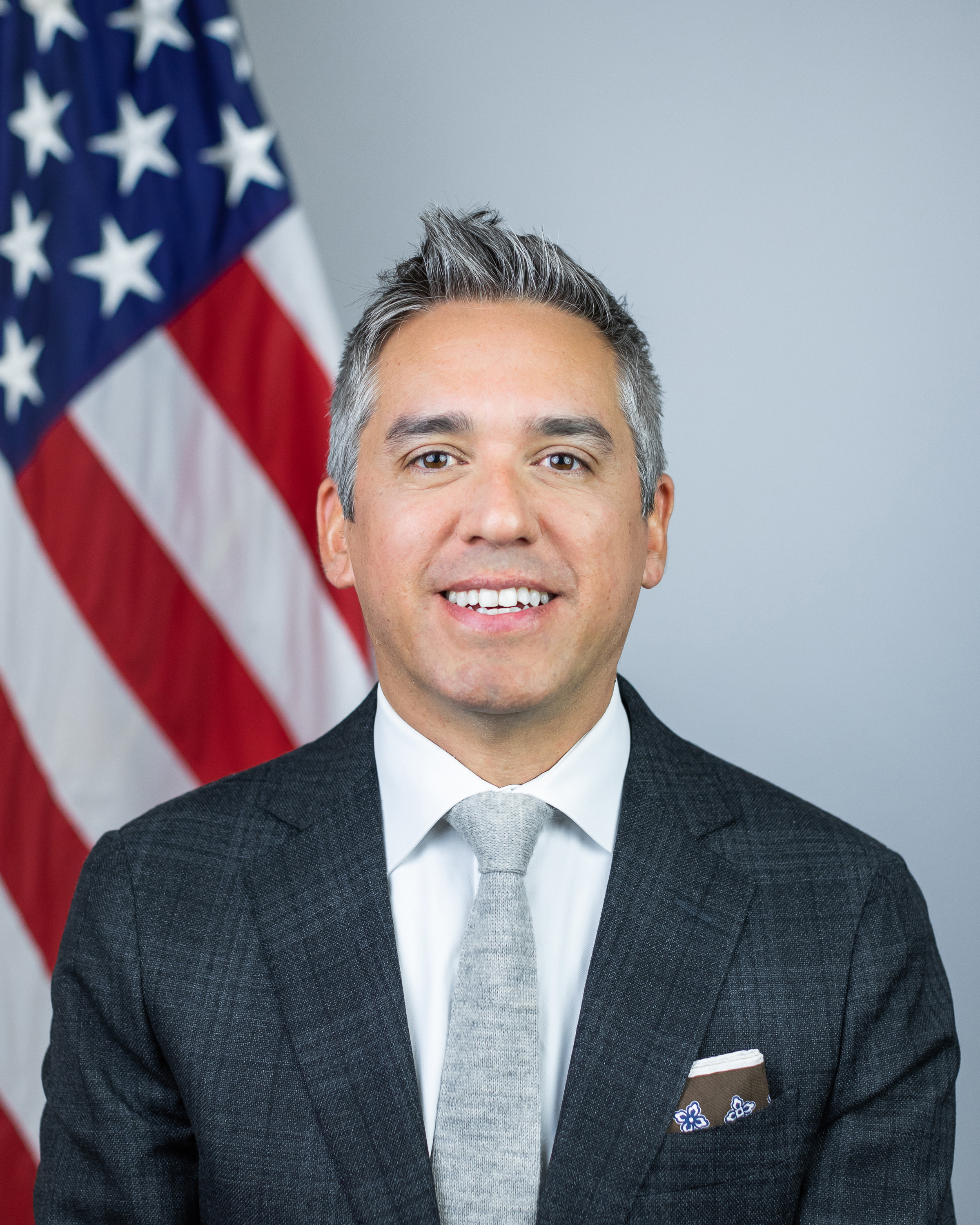 Having never before visited Seattle and knowing barely a soul in town, Cristóbal Alex, ’01, packed up the car in his hometown of El Paso, Texas, and headed northwest to begin his adventure in “Lower Alaska” as a student at UW School of Law. He soon realized his perception of the Pacific Northwest as some sort of progressive Utopia was illusory — especially as it pertained to disparities and discrimination affecting Latino farmworkers east of the Cascades.

Now the White House Deputy Cabinet Secretary for the Biden Administration, Alex helps lead coordination between the President and Cabinet-level agencies on a voluminous portfolio of Biden’s top-priority issues including the American Rescue Plan, the Bipartisan Infrastructure Framework, immigration, and voting rights. His career trajectory in community organizing and politics started at UW Law. To this day, Alex credits his mentor, Dr. Sandra Madrid, ’80, ’82, ’85, the since-retired assistant dean for students and community development. Her encouragement — along with a conversation she set up between Alex and then-Washington State Supreme Court Justice Charles Z. Smith, ’55 — is what convinced the young Texan to come to Seattle in the first place.

During his first year at UW Law, Alex helped organize the fight against a I-200, a statewide anti-affirmative action initiative. Along the way, he met renowned activists like El Centro de la Raza co-founder Roberto Maestas, ’66, equity in education advocate Ricardo Sanchez, and then-state Rep. Phyllis Gutiérrez Kenney. Inspired, Alex launched a farmworker justice clinic at the law school, co-founded the UW Law chapter of the American Civil Liberties Union, edited the Law & Policy Journal, and led the Latino Law Students Association in his second year. His law school peers elected him president of the Student Bar Association in his third year, schooling him in the hard lessons of politics that he still carries with him today.

While clerking for the Washington State Court of Appeals after graduation, he got an offer to join one of Seattle’s premier immigration and civil rights law firms, MacDonald Hoague & Bayless. While there, Alex helped win a civil case for a group of Latinas from the Central Washington town of Mattawa, whose homes had been raided illegally after authorities targeted them to find evidence they were working unlawfully — which they were not.

“The last several years have shown us we can come out of the shadows and work together, and get the country on track and advance civil rights.”

UW Magazine: What impact did that case have on you?

Cristóbal Alex: It was three years of pretty tough litigation. We met with the women to close out the case and give them their checks to make them whole. One of the women attributed the victory in the case to her decision to run for office. A light went off in my head. As a civil rights lawyer, I was working on the redress side of things and it dawned on me that for many communities ­— including that one — the reason they were targeted is that they didn’t have political power.

UW Magazine: You relocated to the East Coast and eventually launched the Latino Victory Fund in 2014. What was your thinking there?

Alex: The idea with the Latino Victory Fund was to increase Latino representation in government. We needed to build true Latino political power and change the face of government. At that time, we were only about 2% of all elected officials in the country, and you know the saying, “If you’re not at the table, you’re on the menu.”

UW Magazine: What’s your assessment of the progress being made in terms of Latinx representation in government and politics?

Alex: Things are fast changing. I understand political power does not come easily but look at where the community is today — we’re the second largest voting bloc in the country. You see representation at the local, state and federal levels. And there is a record number of Hispanics serving on the President’s Cabinet, all dealing with some of the most important issues facing our country.

UW Magazine: Sure, but at the same time, white supremacy is on the rise and voting rights are under constant threat. Clearly, the job isn’t done.

Alex: Demography is not destiny. While our community is fast growing, if we want equal representation and opportunity, we have to at once be a bulwark against attacks and forcefully push for change.

UW Magazine: What do you think the future may hold?

Alex: Like President Biden, I’m an eternal optimist. As a son of a migrant farmworker from Mexico, as the brother of a person with autism, and now the father of two daughters, my entire career has been grounded by civil rights struggles but just as importantly the hopes for a better future — and that’s a future where our nation matches the ideals of its founding documents and a democracy that reflects our country and our diversity of thought. I think we are moving in that direction and part of that is because I think we have no other way to go but forward. The last several years have shown us we can come out of the shadows and work together, and get the country on track and advance civil rights. So, I have a lot of hope.