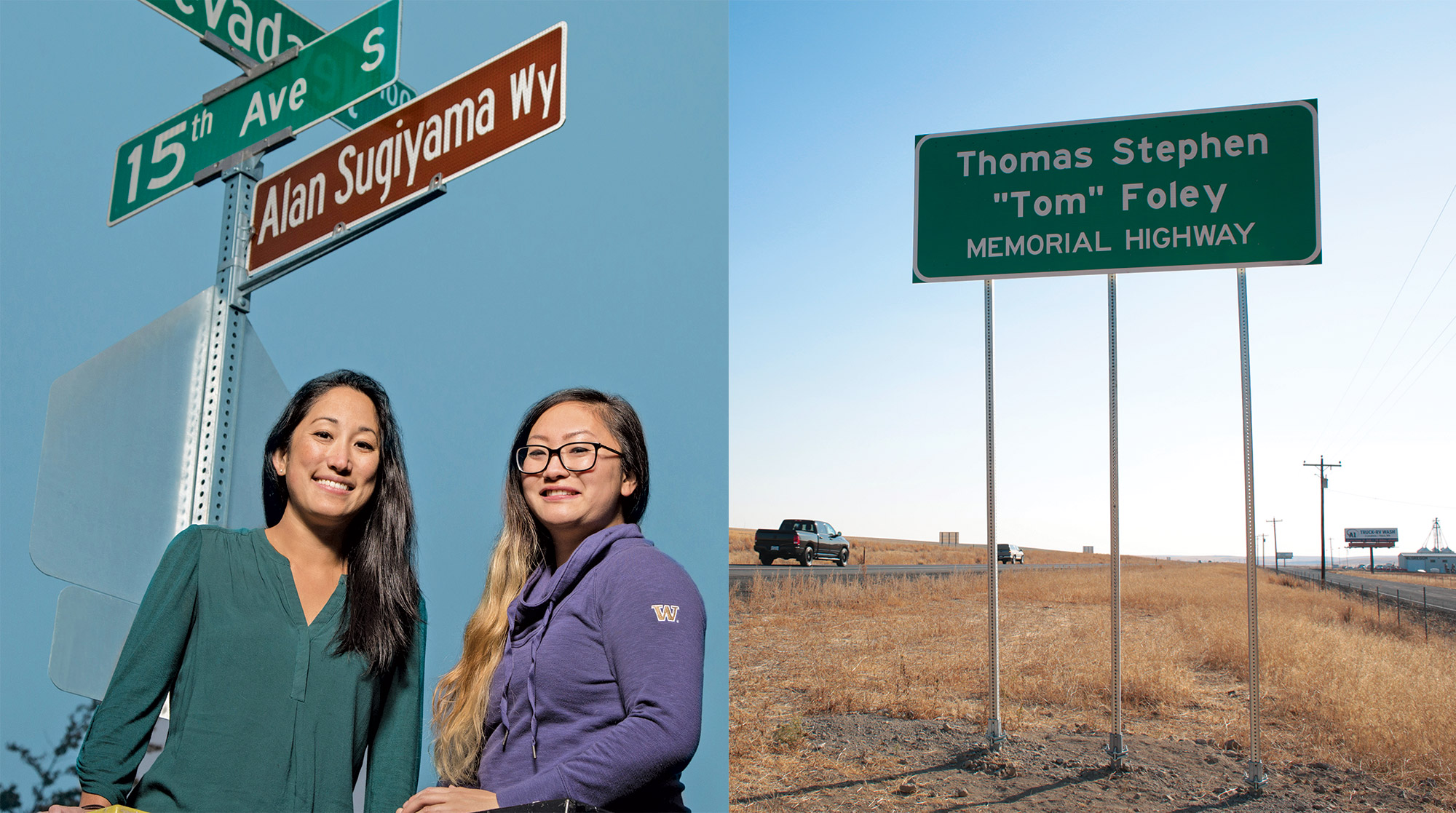 Tom Foley and Alan Sugiyama came from different backgrounds. But both worked to make their world a better place.

Foley, ’51, ’57, the former Speaker of the House and longtime Congressman from Spokane who died in 2013, secured federal funding to build U.S. 395, a 275-mile-long highway in Eastern Washington that connects Oregon to Canada.

Sugiyama, ’84, who died in 2017, was the first Asian American elected to the Seattle School Board. He also established the Center for Career Alternatives, an organization that provided free education, employment and career training for disadvantaged adults and youth in King and Snohomish counties.

Says Seattle City Council President Bruce Harrell, ’81, ’84: “Al and his selfless work on behalf of others made him a hero every day for more than 30 years.”

To recognize both for their drive to make life better, two roadways were named in their honor. U.S. 395 was named the Thomas S. “Tom” Foley Memorial Highway, and the City of Seattle named a block of Beacon Hill’s 15th Avenue South after Sugiyama, much to the delight of his daughters, Mari, ’05, and Alysa, ’10 (pictured at top). Well deserved, gentlemen.