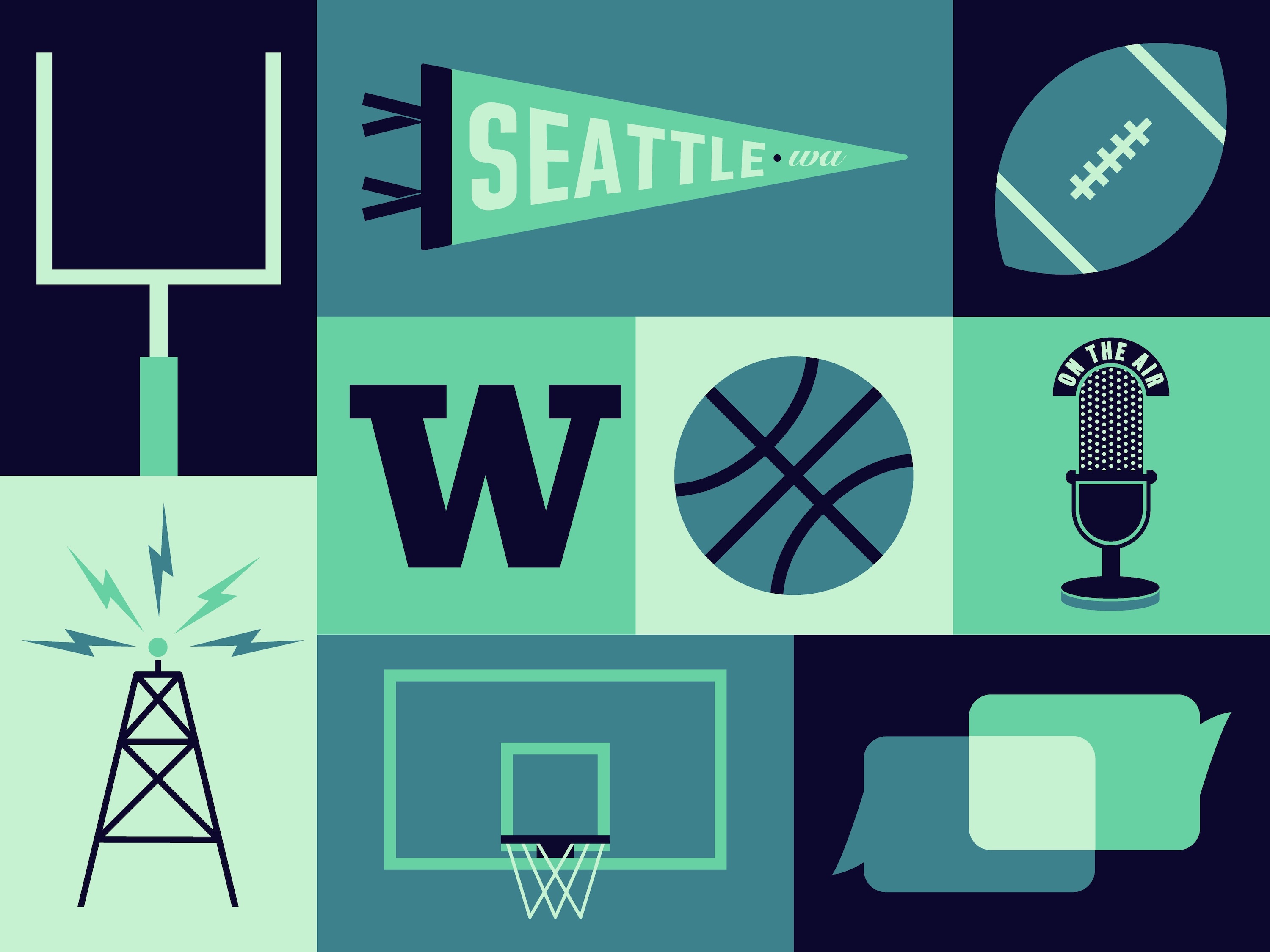 Sports talk hosts with the most

Sports talk radio has a passionate following in Seattle, and one big reason is the work of two UW graduates: Dick Fain, ’96, and Stacy Jo Rost, ’11. They were just named among the top 100 sports talk radio shows in the nation by Talkers.com, a website that is considered the bible of talk radio.

Rost originally wanted to be a writer while Fain wanted to get into broadcasting since he was a little kid. “I actually wanted to broadcast when I was five years old,” Fain says. “I literally always wanted to be a radio broadcaster. Growing up and listening to the greats all the way back to Bob Blackburn, Bob Rondeau and Kevin Calabro. I just always wanted to do it. I would carry around a tape recorder with me and I would sit down in front of the TV and turn the sound down and call old-time Sonics games I was watching on TV.”

After studying broadcast journalism at the UW, Fain landed a couple of internships and before starting his career in radio. His favorite sport is basketball, which he played when he was a student at Mount Rainier High School in Des Moines. He later went on to coach that team for 15 years, beginning when he was just 22. “I’m a basketball guy,” Fain says. “The only sport I feel pretty comfortable analyzing with any depth is basketball.”

He also has broadcast Seattle Storm games for many years, including when the team had to play its games at Alaska Airlines Arena due to the reconstruction of the KeyArena. “It’s a good venue for the WNBA and I think the Storm appreciates their partnership with the UW,” he says.

Meanwhile, Rost loves football. “I just started following the Seahawks more and it became a really therapeutic thing,” she explains. She originally worked at a shopping mall, a local zoo, as a writer and editor, and with CBS radio, before Stephanie Klein at 710 ESPN Seattle hired her in 2014. “I always want to have a job where I get to have fun and really like having a humorous take on things,” she says. “I love making jokes, I love laughing, I love having fun with things. …I like having important conversations. I just love talking to people.”

And it is great listening to them talk.