Chip Lydum, ’84, parlayed a journalism job into a prominent role in Husky athletics. 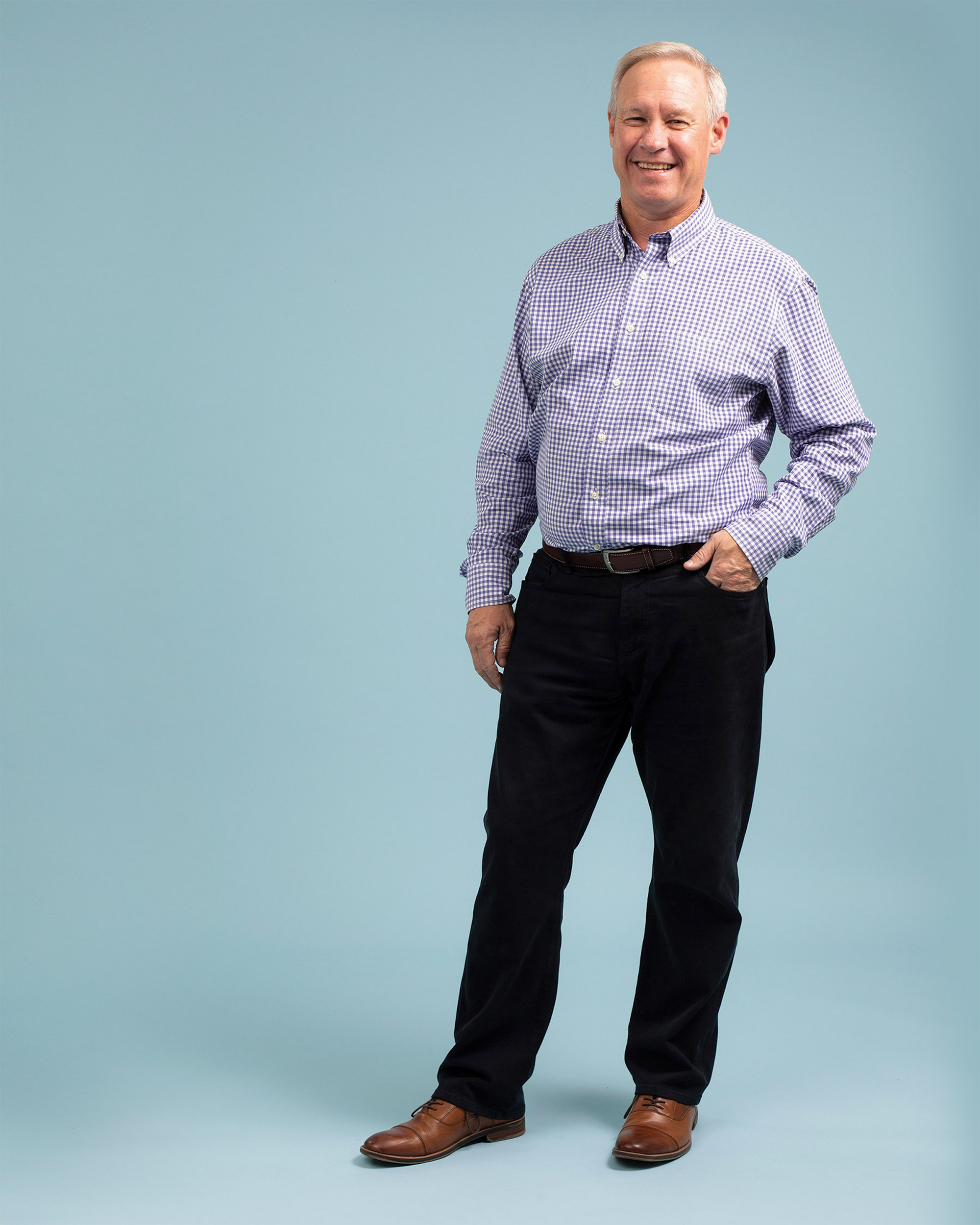 Husky fans love Chip Lydum’s work—even if they don’t know his name. Lydum, ’84, is the UW’s associate athletic director for operations and capital projects. During his 34 years at the UW, he has been involved in every facility that serves Husky Athletics: the remodel of Husky Stadium, Hec Edmundson Pavilion, Husky Ballpark, Husky Track and Field facilities, Husky Softball Stadium, you name it.

You played with Husky star Joe Steele in high school.

It was otherworldly from a football perspective. He was incredible. I describe him as an Amtrak train going by. He was really a great guy and literally and figuratively above everybody else. He was much bigger, faster and a great player.

You served three years in the Marines after high school.

It was a good time to grow and mature. There was some adversity, some challenge to it. I think it allowed me to grow up, come back to school and be more focused. I also got to continue playing basketball, softball and flag football in the Marine Corps.

You wrote for The Daily. What was that like?

It was a great experience. I think that was my creative destiny, to be some kind of journalist. That led to The Daily. The people writing the stories were almost as good as the ones we were writing about. I was a little older student, but I loved being there.

How did you start working in the UW Athletic Department?

When I was writing for The Daily and covering baseball, I came down here and interacted with the sports information department. I volunteered to work in the press box and finally made a move to become a student assistant. Then they needed somebody to become the editor of the football game program.

What role did you play in remodeling Husky Stadium?

Part of the story is, how did a journalist become involved in the facilities? It’s almost absurd. However, somebody saw that I could communicate with people and move things forward. My role is more programmatic. I feel proud to have the role in assembling the people for the programmatic elements to get done.

What is your favorite part of Husky Stadium?

I like that we modernized it without losing the upper deck, the roofs and the view of Lake Washington. The stands are closer to the field; I like that a lot. The natural beauty of the state of Washington just pours into the stadium.

Talk about the renovation of Hec Ed.

I felt a ton of pride that we brought Hec Edmundson Pavilion back to life. We didn’t realize how great it was. It took going to Duke and Kansas to see two comparable facilities where they were winning at the highest level. They embraced their historic facilities. We decided to embrace Hec Ed, and I thought it was a great decision.

What future facilities are planned?

We have a sports-performance center for softball. That will be a three-lane hitting and pitching facility that will be built right outside the stadium. We’re currently looking into the feasibility of upgrading our student-athlete wellness spaces, as well as our training facilities for our men’s and women’s basketball programs.