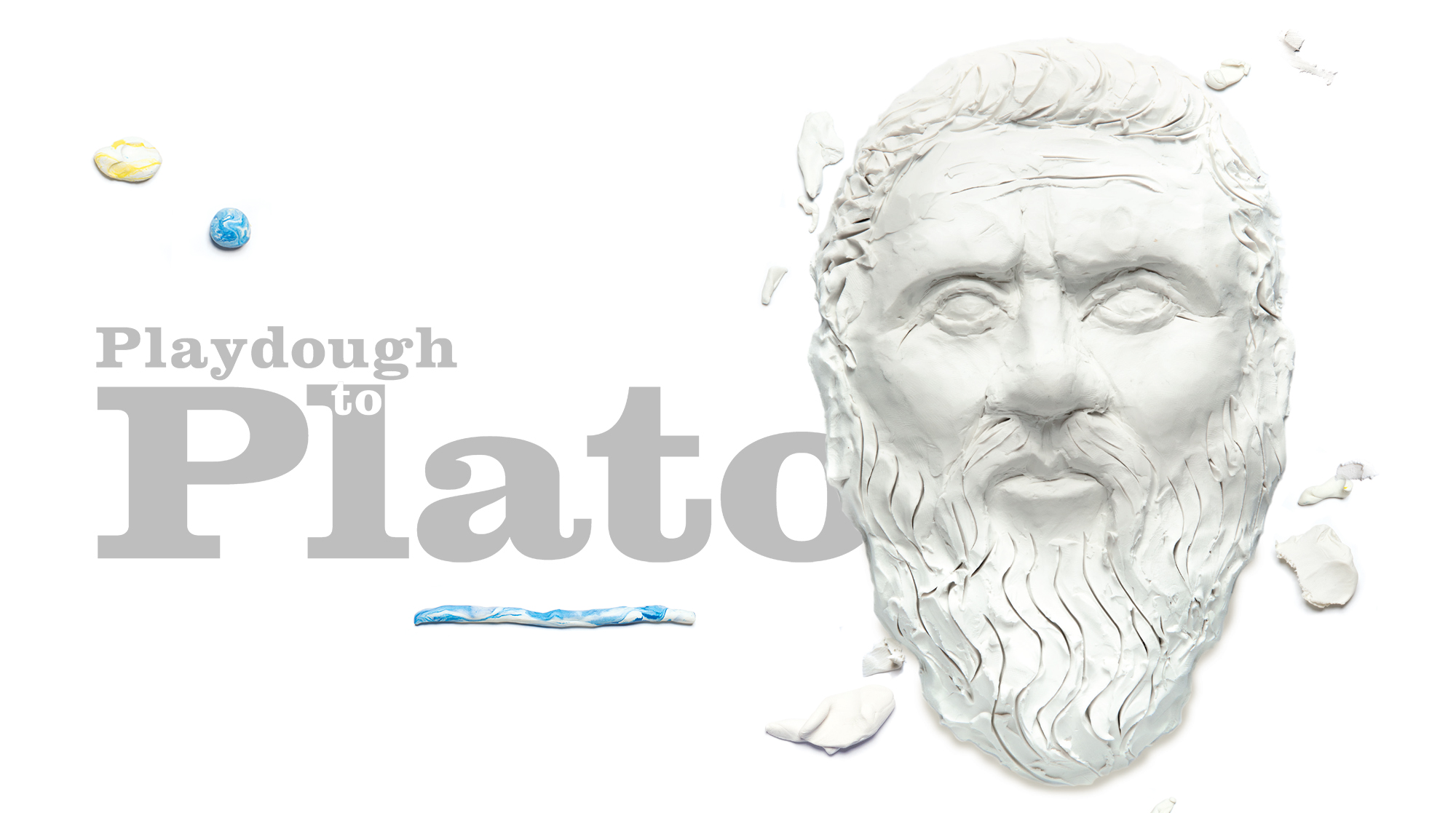 Researchers at the UW Center for Philosophy for Children believe that children are by nature philosophical thinkers—ready to take on heady topics like race, fairness and human rights.

On a chilly day in November, the third grade classroom in Seattle’s John Muir Elementary School is cozy. Colorful posters cover the walls and beneath them, children fidget and giggle. The teacher, Marjorie Lamarre, urges the class to quiet down and gather in a circle on a big red mat.

The day’s guest, Ph.D. candidate Debi Talukdar, sits on the floor with them. A fellow in the University of Washington’s Center for Philosophy for Children, Talukdar leads off a discussion that will soon focus on life, death and decision-making. Heavy material for seven- and eight-year-olds. “Let’s start with a warm-up question,” she says. “How do you know what is the right thing to do?” After a few minutes to ponder, one girl raises her hand and offers, “My mom says always be nice to people if you want them to be nice to you.”

“You should treat people how you want to be treated,” responds another. A boy in a striped T-shirt adds, “If someone is bullying you, tell them to stop it.” Talukdar thanks the children and explains that this sort of question—how should we act—is the kind of question philosophers have been thinking about for centuries.

Children have a knack for deep philosophical issues and an intuitive grasp of concepts of fairness, says Jana Mohr Lone, who completed her Ph.D. in philosophy at the UW in 1996. It’s that sort of instinctive curiosity that Lone wanted to tap into when she created the center, which she now leads. The origins and aims of this program, one of only a few in the country, are to encourage teachers and schools to nurture the childrens’ philosophical selves.

The center-guided classroom talks are tinged with flavors of Descartes, Confucious and Kant and have recently covered topics such as race, human rights and fairness. “Because they are so new to the world,” says Lone, “children really wonder a lot. Often they’re asking what we think of as philosophical questions without the context of these thousands of-years-old conversations.”

Lone fell in love with philosophy as an undergraduate. After college, she started a career in law, a direction that provided a grounding in family law and children’s rights. After the birth of her first child, she decided to return to philosophy and enrolled in a doctoral program at the UW. As she was working on her dissertation, she noticed that her son, Will, now four, was asking profound questions like: Are numbers real? And can you be sad and happy at the same time?

She was surprised. “I never really thought of children as having philosophical potential,” she says. But then she started remembering her own childhood and how she would stay awake at night wondering about these types of questions.

Lone began to speculate that kids were engaging with these questions in ways that philosophers should be paying attention to. She decided to treat the constant “why” questions that children ask—and that adults sometimes ignore—as serious philosophical inquiry. “It’s tempting for adults to regard children’s philosophical questions as just adorable or that they don’t really understand what they’re saying,” Lone says. She is convinced the opposite is true, and that children are often more flexible in their thinking than adults. “Kids are aware of how much they don’t know,” she says. “Adults get embarrassed about admitting this.”

As she wrote her dissertation, Lone worked out an arrangement with her son’s teacher to visit the classroom on occasion and lead philosophical discussions with the children. Then in 1996, Lone created a nonprofit dedicated to philosophy for children, one of the first in the nation. It wasn’t exactly a welcome development in the rigorous world of academic philosophy. “I had people tell me: you’re committing professional suicide,” Lone remembers.

“Because they are so new to the world, children really wonder a lot. Often they’re asking what we think of as philosophical questions without the context of these thousands of-years-old conversations.”

But the nonprofit grew and eventually became the Center for Philosophy for Children, now officially affiliated with the UW Department of Philosophy. In cooperation with the College of Education, the center places graduate students like Debi Talukdar in Seattle’s public schools each year as part of the Philosophers in the Schools program. In addition, the center provides training for teachers wanting to incorporate philosophical inquiry into their curriculum, sponsors the state’s high school ethics bowl and conducts parent seminars.

When children are introduced to philosophy, they learn to trust their own ideas and questions, says Lone. This intellectual adventure helps them realize that there are many different ways to understand the world and allows them to feel more confident in their own contributions, she adds.

Philosophy is the best discipline for cultivating analytic thinking, which is increasingly important as more information comes at us in contemporary life—presented as fact or truth when it really isn’t. “Children need to be able to explore and discern for themselves,” she says. “Those skills are really the most important gifts we can give them.”

The Philosophers in the Schools program, now running for more than 20 years, continues to surprise Lone. One technique she and her graduate students often use is to have kids read children’s books and discuss the philosophical lessons. Once, Lone assigned “The Paper Bag Princess” to encourage a discussion of gender issues. When she asked why it was so surprising that the princess in the story has so much freedom, a boy replied that he thought boys in school had less freedom. She asked him to explain and he told her, “Girls can wear anything they want to wear. Boys can’t wear anything they want to wear, we can’t wear dresses, we can’t wear skirts.”

“And that led the conversation into thinking about gender not just in terms of sexism and discrimination against women,” Lone says, “but also the way in which gender roles can be harmful to both genders.”

Once, a fifth-grade class was discussing Colin Kaepernick and the Black Lives Matter movement. Lone was surprised when one student, an immigrant from East Africa, expressed that she was uncomfortable with people taking a knee during the national anthem. “‘It is so disrespectful,’ this girl said, ‘and it doesn’t acknowledge what this country is like.’” Lone was surprised at this, and it made her reconsider how cultural norms can affect how you respond to injustice.

“One of the things I love about doing philosophy with kids,” Lone says, “is that it makes me think about philosophical questions in new ways.”

Back in the John Muir classroom, Talukdar presents the children with a hypothetical situation meant to spark their thinking. “You have one of two choices. They’re both difficult,” Talukdar tells them. “Imagine there is a trolley. It doesn’t have a driver. You can’t hit the brakes, and it’s going very fast. Here’s the problem: there are five people on the tracks … .”

“Oh no!” gasp the students. Talukdar then unfolds the classic trolley problem, a thought experiment in ethics in which a runaway streetcar can, with a pull of a lever, be diverted from a track with five people to a track with just one. “Do you pull the lever?” The class squirms. Then a girl in in glasses and a pink shirt says, “I would switch it.” Talukdar encourages others to share. One boy explains why he’d pull the lever. “I might go to jail for killing one person, but it would be less than if I killed five.”

After taking a show of hands, it turns out most of the children think pulling the lever is a good idea. But one boy insists he wouldn’t pull the switch because he doesn’t want to go to jail. “If you pull the switch, you killed someone,” he says.

The girl in the pink shirt has changed her mind. “I wouldn’t pull the switch,” she says, “because if they were older people, like in their sixties, then they’ve only got a little bit of time until they die.” Talukdar, following a turn in the students’ discussion, adds age to the trolley problem. “Let’s assume the five people are children and the one person is a much older person in their 80s or 90s. Does this change your response?”

The kids boisterously start to shout out answers and Talukdar urges them to take turns. “If that person was about to die anyway, then you probably should choose them,” says one girl. Another girl sighs: “I’d just run away.” It’s a hard choice, admits their guest teacher.

Talukdar grew up and attended college in India. She obtained a master’s in psychology in London, then returned to India to teach. After several years, she became interested in teacher development and enrolled at the UW to pursue a Ph.D. in education. Then she found the program at the Center for Philosophy for Children. “I was so excited about it because growing up in India, our education system is not like this at all,” Talukdar says. “It does not privilege questioning and doesn’t have group inquiry like we do here.” She obtained a two-year fellowship with the center and is now in her second year. A large part of her work involves leading discussions with school children. She is also researching how children’s books can inspire adults to explore philosophical issues. She has found that books for kids get straight to the point.

Back in Lamarre’s class, Talukdar has added a new twist to the trolley problem. What if, instead of a lever, students had the option of pushing someone off a bridge to their death as a way of stopping the train? “I would push the person off because I would be saving lives,” one boy says. A girl chimes in, “I would pretend I hated the person. If I pushed someone off, I would feel super guilty.”

Before the children can get into a much deeper discussion of whether all lives are equal, they’re suddenly distracted. Outside, white flakes are starting to fall. They can sense the bell is about to ring. “So, who wants to go outside and see the snow?” asks their teacher. The classroom erupts into cheers. This is one point on which they can all agree. Further philosophical inquiry will have to wait until next week.