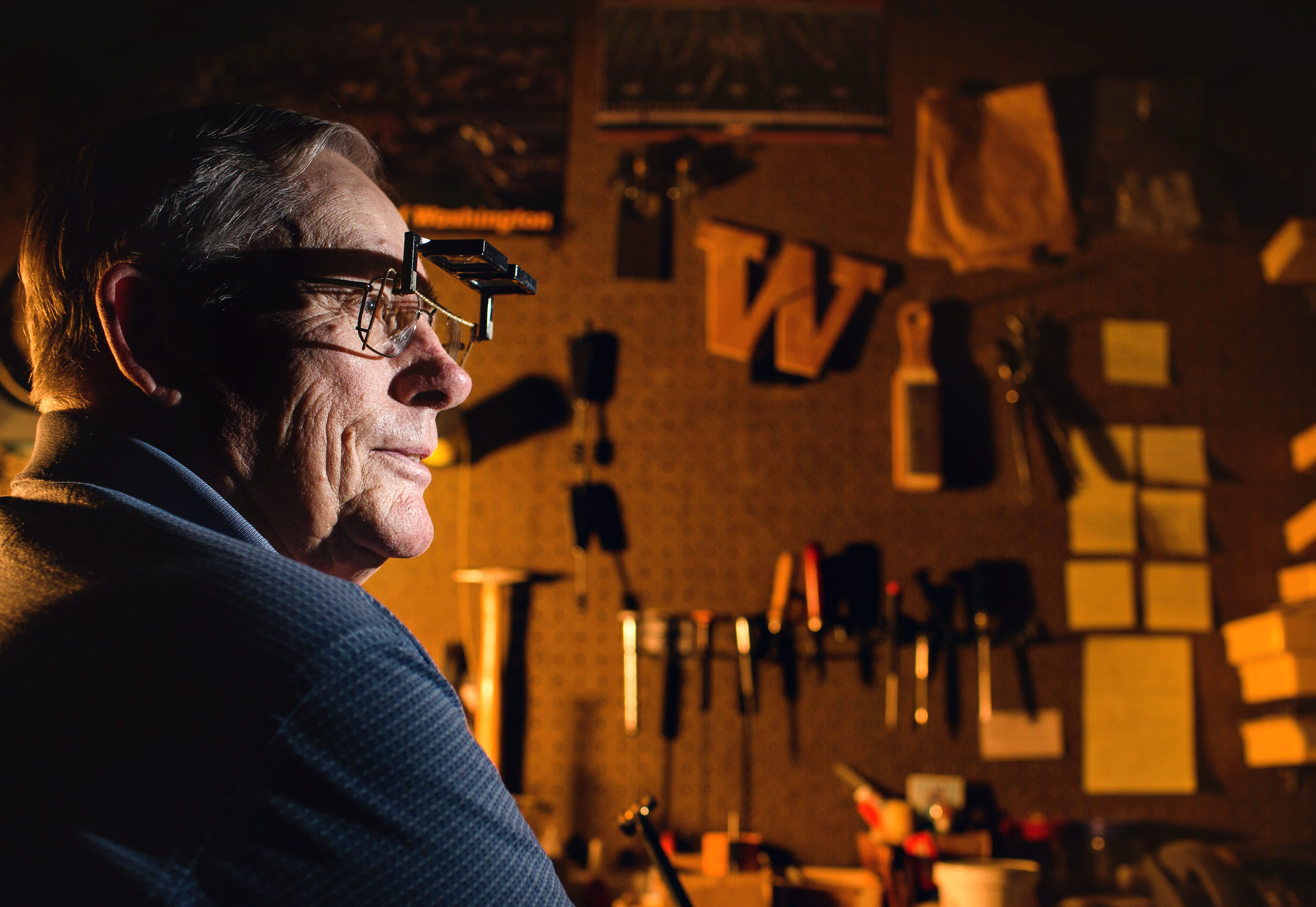 Give Me 5: The repairman behind the Husky Marching Band

Since 2002, Ben Gary has repaired the dings and dents of Husky Marching Band instruments. In December, he joined the band on a flight to Atlanta for the first round of the College Football Playoff. We sat down with Gary, a retired middle school music teacher, to find out what happens in his secluded shop inside Hec Ed Pavilion.

1. How many instruments do you work on?

Two dozen piccolos, two dozen clarinets, 18 to 20 trombones, two dozen baritones, some sousaphones. We probably have 125 instruments. I also work on instruments that belong to the kids.

2. How do the injuries happen?

Rain is not kind to us. The kids do a whole lot of twisting and turning. On occasion, somebody turns the wrong way. When the piccolo players unfurl the U.S. flag before the game, they jam their instruments into their pocket, and that bends keys. When the piccolos don’t sound good, that’s usually why. We don’t march flutes, by the way—only piccolos.

I’m here five hours before kickoff. Something usually goes wrong during the rehearsal. If the kids are ready to go by game time, I shut down and I’m home by the end of the first quarter to watch the game. The band used to play on the 50-yard line, behind the home bench. Shoot, watching from there was really a treat. I took a repair kit out to the field and sat with the sousaphone section. Then they remodeled the stadium and decided those were pretty good seats. Now they’re selling them.

“They average two to three performances a week. Of course things go wrong, so they come to me.” 4. Have you been to any bowl games in the past?

I got to go to the 2010 Holiday Bowl and the 2011 Alamo Bowl. A girl at the Alamo Bowl fell down and her alto sax got really mangled. I spent at least three or four hours in my hotel room getting it so she could at least play. The first year I came here was the first year that the Huskies had not gone to a bowl game in forever. It was another eight years before they went to bowl game. I thought they might fire me.

5. Where does the band play besides football games?

They do a rally on fraternity row on Friday nights during the season. Out of the 240 who march, they average two to three performances a week. The kids also play at basketball games, soccer games, volleyball games. And of course things go wrong, so they come to me. Working with college kids is a real breath of fresh air. Eighth graders were beginning to get to me, quite frankly.