To a packed house in Kane Hall recently, Gen. Peter Chiarelli, ’80, disclosed that he had not come to Seattle to discuss whether the United States should still be in two theaters fighting a war going on 10 years.

Rather, the Seattle native and Evans School alum was in town as part of a national effort “to begin a conversation about veterans and what we can do to connect communities to veterans.”

Local communities, he explained, are better suited than the federal government to help soldiers who are returning home after serving their country—by guiding them to local health services, and providing educational opportunities and jobs.

He told his Kane Hall audience he was impressed by the UW’s ongoing efforts to help vets. He pointed specifically to pain-management initiatives under way at the medical and nursing schools, law-school students developing materials to advocate on behalf of vets’ claims, and the School of Social Work’s efforts to deal with alcohol and substance-abuse problems, troubles that can be concealed from everyone except close family members.

In the recent HBO documentary War Torn 1861-2010 Chiarelli, the Army’s vice chief of staff, appeared as a voice of reform, working to get military culture to acknowledge the validity of less-visible wounds of war.

“We as a community, as a country, have to tackle this thing head on.”

The military doesn’t think twice, he noted, about sidelining soldiers who have suffered physical wounds. Those warriors also benefit from what Chiarelli described as “absolutely unbelievable” advances in military medicine.

By contrast, the Army has been slow to identify and respond to the reality of more hidden, but equally debilitating mental-health problems, such as depression, post-traumatic stress disorder and anxiety. “We don’t know that much about the brain,” Chiarelli said.

But getting a handle on the true extent of the problem is difficult, the general said, because of the “stigma associated with behavioral-health issues.”

“When your soldier gets off the plane and he or she looks exactly how they looked when they deployed and you bring them home but guess what? They’re not the same,” he explained.

Chiarelli also spoke candidly about the economic realities that drive some civilians to join the all-volunteer military in the first place. Noting that the average age of today’s soldier is 26, he asked rhetorically:

“Who joins the Army when they’re 29 years old?” 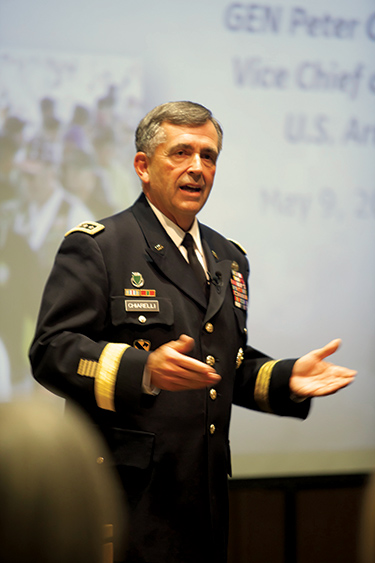 Answering his own question, he said some people enlist as a result of getting a “big dose of patriotism from watching a movie” or perhaps 9/11. But for a man or woman approaching 30, the more likely explanation these days is a crisis in their personal life.

“You’ve got a child,” the general said. “You’ve lost a job. Your wife may have left. Your husband may have left. You’re a single parent. You’re reaching out for a lifeline. You come in, you get through basic training, you’re here for four months, and off we send you, and the stress becomes very, very high.”

In Vietnam and earlier wars, there was a higher correlation between age and rank. But now, it’s common to have awkward situations where a 22-year-old sergeant is “trying to give advice about ‘life problems’ to a 29-year-old.”

The general also offered some sobering statistics. During the past seven years, the Army’s suicide rate has more than doubled, to 21 per 100,000 from 10 per 100,000. A 29-year-old is four times more likely to commit suicide than a 21-year-old.

Dramatic differences in the battlefield itself have contributed to the spread of stress, Chiarelli explained. Once upon a time, wars were fought in a very linear fashion, so that the “only people really in danger were those who were in artillery range.” But today, in Iraq or Afghanistan, “everyone is in danger … there are no rear areas.”

The general also traced six years in a typical soldier’s life to illustrate multiple sources of stress, on and off the battlefield. After basic training, and within six months of enlistment, comes the first deployment.

The journey goes on to include marriage, two more deployments, getting wounded, promotion, about a half dozen relocations in the U.S., purchase of a home, and birth of two children before transitioning out of military service.

The bottom line, Chiarelli said, is that studies suggest that a soldier who joins the Army under today’s “operational tempo” has the same amount of stress in six years “as an individual who grows up in the same town, goes to work in the same town and dies at the age of 80.”

Whenever a vet comes in to see a doctor, the general suggested that an excellent question for the doc to ask is whether the soldier ever deployed.

“It could go a long way as you integrate veterans back into your communities to identify those that may need some help,” he said. “This is the ‘agent orange,’ in my opinion, of this conflict. And we as a community, as a country, have to tackle this thing head on.”

Two things that Chiarelli said the military is working on to reduce risk is requiring that soldiers anywhere near an explosion be pulled out of the fight for 24 hours, and second, teaching medics how to identify early symptoms of post-traumatic stress.

The National Institute of Mental Health has found that it typically takes 12 years from the root cause of post-traumatic stress until someone seeks help. “And all kinds of bad things happen in between,” such as spousal abuse, anger management issues, divorce, and drug and alcohol abuse, the general said.

More than 300 organizations in the Greater Seattle area can provide service to vets, Chiarelli said. The problem, he said, is linking and coordinating those services to better meet the needs of individual vets.

Chiarelli, 61, is the son of a butcher who grew up on the “blue collar” side of Magnolia. He obtained his undergraduate degree from Seattle University and earned a master’s from the Evans School of Public Affairs in 1980.

His son Patrick graduated from the Evans School in June. And the general told Columns that when he retires, he plans to return to Seattle “and go to every UW sporting event I can.”

As of spring 2011, the population of veterans attending the University of Washington under the GI Bill stood at nearly 800. Of that number, almost 10 percent belonged to a growing group called Husky United Military Veterans (HUMV). Its goal: “to foster unity, pride and community within its members and surrounding community through educational, cultural and social advancement.” Three recent vets who serve as HUMV officers—Cole Zuckerman, president; Chas Manfredi, vice president; and Luke Fearey, secretary—shared some details about themselves. 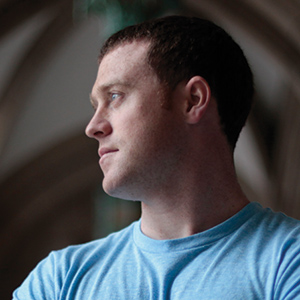 At the UW: Pre-engineering, with plans to major in aerospace and aeronautical engineering

Reason for enlisting: “There are very few people in America willing to stand up and fight for what they believe in and fight for their country. I didn’t want to sit on the sidelines and let other people do the fighting.”

Adjustment: “One of my buddies, when he got back, about six months later, he killed himself. Suicide in the Infantry has increased in recent years, and he wasn’t the first person from my unit to kill himself.” 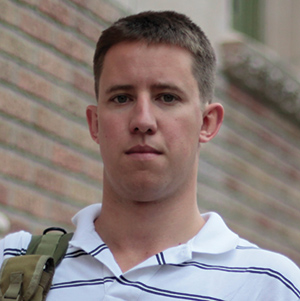 At the UW: International Studies

Reason for enlisting: “My main reason for enlisting, honestly, was boredom. I had finished two years of college as a Political Science major and got tired of being the proverbial ‘armchair quarterback.’ That is, discussing world events from the safety of a classroom without actually participating in them.”

Adjustment: “The transition has been mostly smooth. I got lucky in a lot of ways, such as getting accepted at UW, having a good support network, and not much in the way of service-related injuries.” 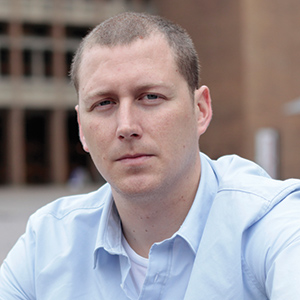 At the UW: Program on the Environment

Reason for enlisting: “I enlisted in the military after high school in order to see the world, mature and earn a free college education.”

Deployments: Once to Iraq, once to the South Pacific.

Adjustment: “My transition out of the military has been very successful and I would consider myself the poster boy of the system working… I do see a lot of (buddies from the Marines) struggling through their Facebook messages and stuff like that … struggling with relationships, finding a job, and just getting on with their life.”