Ryan Fritsch, ’12, is the co-founder of Cloudpaper, a Seattle company that sells toilet paper made from bamboo grass. The sustainable grass survives harvesting, regrows quickly and releases more oxygen than trees. 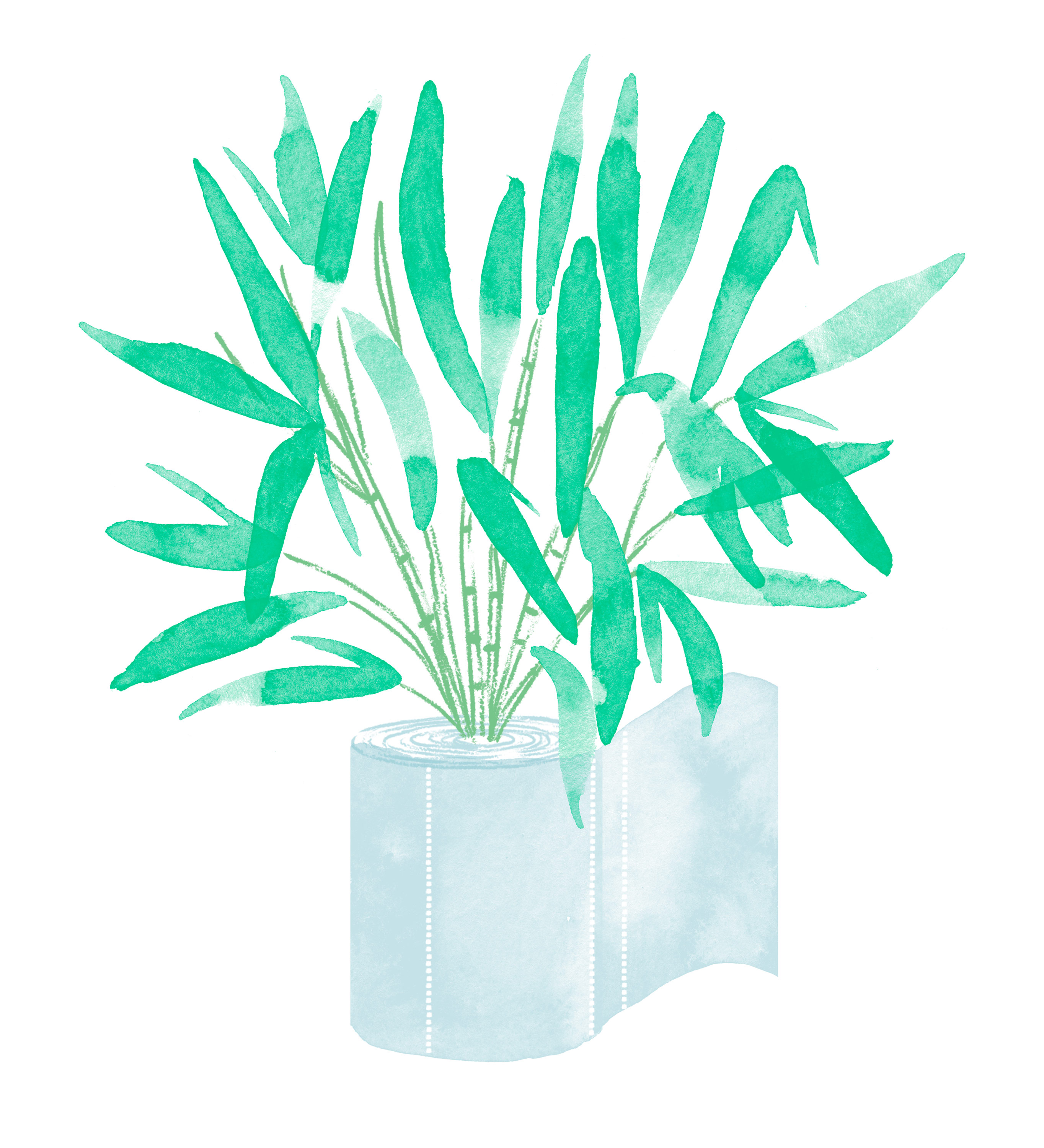 Ryan Fritsch isn’t exactly your typical entrepreneur. If he talks about being in the right place at the right time, for example, that place could be the bathroom. And if he were to discuss how more of his business was going down the toilet as a result of coronavirus lockdowns, he might look more relieved than concerned.

That’s because the UW political science grad is the co-founder of Cloudpaper, the Seattle-based company that sells environmentally sustainable, bamboo-based toilet paper. And even when his firm’s initial B2B model started to tank, demand for his product was so great in early 2020 that he was still sitting pretty.

“When the panic buying started in March, we actually went on a waitlist for a while. Outside of that unique moment in time we haven’t had any issues” meeting demand, he said.

Puns aside, Fritsch may not have expected his company’s quick growth from toilet paper supplier for large institutional accounts to a growing base of residential subscribers, but it wasn’t exactly an accident, either.

After having worked at two start-ups following graduation, Uber and the freight ride-sharing service Convoy, Fritsch and Foster Business School Grad Austin Watkins wanted to take their tech smarts and do something that would have a “truly lasting impact on the planet,” he said. They were inspired by companies that were doing things like helping increase recycling rates or getting people to reduce waste by changing their daily choices. The only problem is, they weren’t sure how they would it.

“We were kind of literally walking around our apartments, walking around our office [asking] where’s this waste?” Fritsch jokes. They found their answer when their attention turned to paper products and they discovered that toilet paper alone was responsible for 15 percent of the planet’s deforestation.

“Toilet paper is not the most innovative industry in the world. It’s an industry that has severely under-invested in sustainability because they haven’t had the pressure to,” Fritsch said.

Fritsch’s firm is all about the environment. It sells rolls made from bamboo grass because it survives harvesting, regrows quickly and retains more carbon and releases more oxygen than trees. Because CP ships directly to consumers in compostable boxes, there’s no need for plastic wrap. It goes a step further by offsetting carbon emissions from shipping and invests heavily in reforestation. Ever the good corporate citizen, the firm has also donated thousands of rolls to Food Lifeline.

And consumers are responding favorably, Fritsch says. “The vast majority of people, even if they found us during panic buying are now fully invested in the mission and they are part of the cause to stop this deforestation caused by toilet paper.”

In fact, many want Fritsch to expand to paper towels.

Fritsch admits he always wanted to be an entrepreneur and chose the UW because he saw Seattle and the university as entrepreneurial hubs. He likely never figured on a career focused on toilet paper, though.

Even so, he says, “by far, it’s been the most rewarding work of my life.”

David Volk is a freelance writer for University of Washington Magazine.