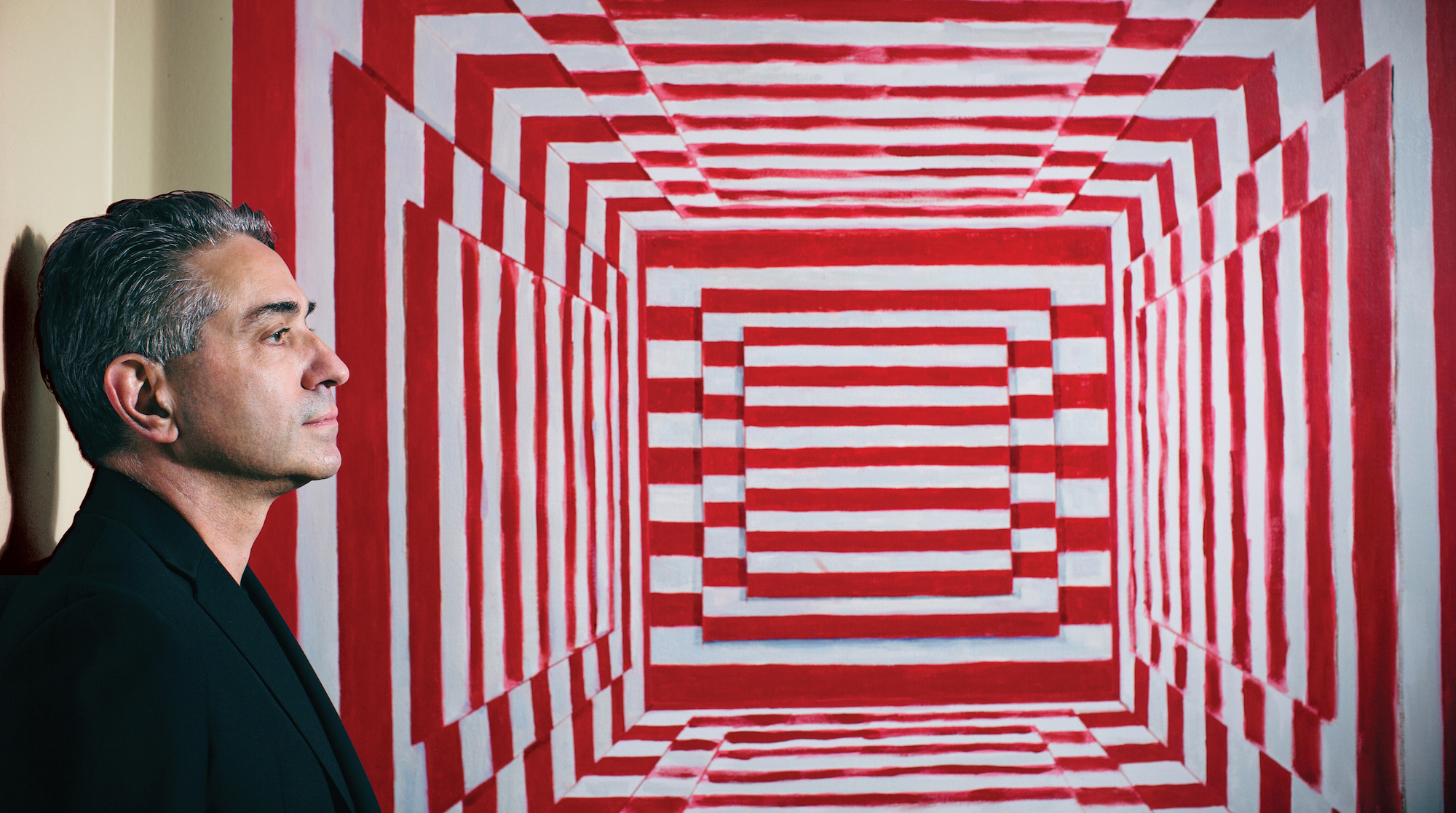 For two decades, art professor David Brody taught about 120 students each year. Now he teaches that many in a day.

Partnering with the Great Courses, an educational video series, Brody filmed an 18-hour art tutorial called “How to Draw.” The lectures start with simple sketching—turn a triangle into a piece of cheese—and build up to advanced human anatomy. In just eight months, “How to Draw” sold 30,000 copies. “To reach 30,000 students in a traditional classroom, I’d need about 230 years,” he says.

The Great Courses catalog features some of academia’s top talent. Astrophysicist Neil deGrasse Tyson, for example, has stopped by to explain the universe, and Ivy League faculty are a mainstay. Brody, the first UW professor recruited by the company, flew to Virginia for three weeks of filming in 2015.

He’s a natural in front of the camera: Dressed in a black suit, he effortlessly dissects the language of line and shape, color and composition, foreground and background. “You have to be able to read the language of drawing,” Brody says. “Just like if you’re reading a French menu and someone tells you, ‘The escargot are snails.’ OK, now you know, and either you like them or you don’t.” David Brody in his home studio

The ethos of the Great Courses is that anyone can draw—or do math, or understand quantum mechanics—it just takes time and effort. Brody logged those hours as a teenager in New York City, reproducing works inside the drawing room of the Metropolitan Museum of Art (the first time he asked a girl on a date, he took her to a museum). “Like many people, I drew as a kid,” he says. “And I just never stopped.”

He earned an MFA in painting from Yale, followed by a Guggenheim fellowship and a Fulbright grant. In 2007, after more than 20 years of painting the human form, he shifted his brush to geometry: His current work plays with 3-D space on a two-dimensional surface (like in the photo above).

Brody pored over hundreds of art books while writing the 700-page script for “How to Draw,” testing the material on his UW students along the way. “Comedians practice in little clubs before they do the HBO special,” he says. “I’m doing that all the time with my students.” After the DVD came out, he gave a copy to the UW Art Library so students can catch up if they miss class.

Now he’s working on a second project for the Great Courses, “How to Paint,” where he’ll show students how to copy works by the masters. “Everyone who does this course will wind up with a Picasso in their house,” he says.

That’s not to say they’ll be the next Picasso.

“Are you going to have something enormously original to say? Most people don’t,” Brody admits. “But you can have a hell of a lot of fun.”