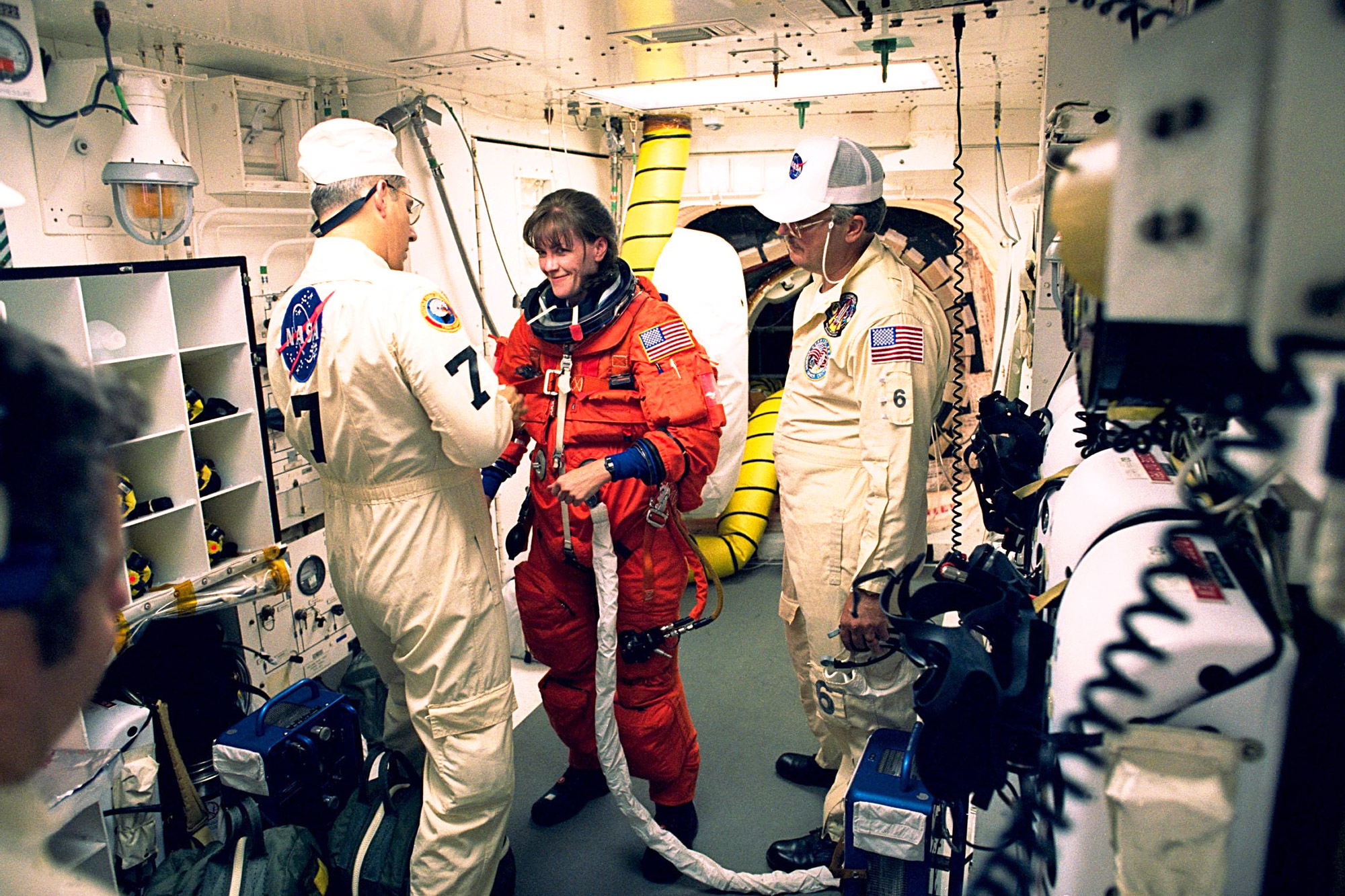 The UW Ph.D. went from dreamer to astronaut to NASA leader.

As a child growing up in small-town Missouri, Janet Kavandi dreamed about becoming an astronaut. She never dreamed she would be inducted into the U.S. Astronaut Hall of Fame. But that came true, too.

Kavandi, ’90, who holds a Ph.D. in chemistry from the UW, was one of two astronauts inducted in 2019. Now the director of NASA’s John H. Glenn Research Center in Cleveland, she was selected in 1994 as a member of the 15th class of U.S. astronauts. She flew into space three times and logged more than 13.1 million miles in 535 orbits of Earth. She then switched gears and went to work at the Johnson Space Center in Houston, serving as the director of Flight Crew Operations responsible for the Astronaut Corps and aircraft operations at Ellington Field. She has held other administrative posts at NASA and was even considered for the agency’s deputy director position last year.

Being inducted into the astronaut hall of fame “is a huge honor,” Kavandi says. “I had the best job in the world flying into space. Nothing compares to that.”

What else would you expect from a high school valedictorian? While she no longer goes into space, she is nonetheless thrilled to back to working on materials research and physics. “I am putting my Ph.D. to good use in my current role,” she says. “I am working on quantum physics. It’s great to understand the research from a scientific point of view.”

While the space shuttle has been retired, the future of spaceflight actually looks quite bright, she explains, as NASA is working on the development of a platform in lunar orbit. “It would enable astronauts to stay near the moon and bring samples back to earth,” she says. “Also, it could be a waystation to fly to Mars. That would be much better than trying to fly from Earth to Mars, with a lot less risk.” The lunar orbit station would also allow the study of dust and lower gravitational forces on equipment.

“I think everything NASA does affects people’s everyday lives, they just don’t always know it,” she explains. “Wind tunnel work we do helps make flying safer for everyone. There’s so much research going on here on the International Space Station. We do research on cancer, we do research on fitness and cardiovascular health and osteoporosis and those things directly affects the people of this planet.

“I hope I helped make the research center a better place and that we’re able to contribute more by making advances in science and engineering that we would not otherwise make.”

Alumni in the U.S. Astronaut Hall of Fame