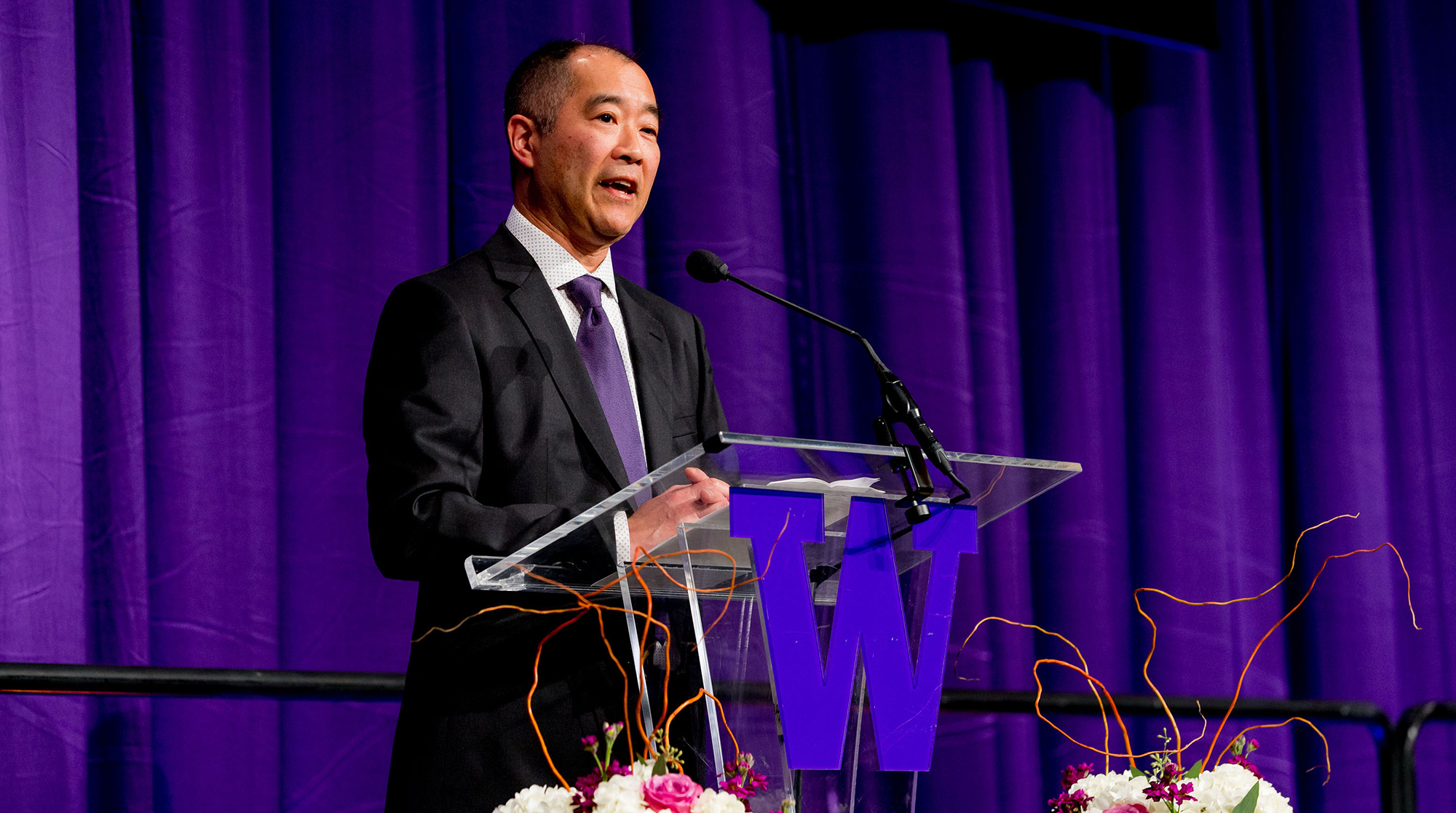 Craig Heyamoto, ’75, ’78, has served as Boeing’s legal counsel since the early 1980s. But since the 1970s, he has compiled stats for UW football and basketball. Today, he is in charge of the UW stats crew.

How did you get started?

I started doing stats with the Little League team my dad coached. Then I did basketball stats in junior high. In 1971, when I was graduating high school, they were trying to get some people to work the NCAA track meet, which was held at the UW. I saw Steve Prefontaine run. I also worked NCAA wrestling in 1973, my second year in college. I wanted to work at football games, so I asked Mark Lookabaugh, the sports information director, and he hired me for game days.

In those days, we did everything by hand. In basketball, we had to compute percentages and we didn’t even have calculators. In 1975, my senior year, I took a business computing class. We had to come up with a business program and I convinced my professor that keeping track of shots, rebounds and assists was kind of like an inventory system. So I wrote a basketball speculative program. We tried it out and it worked.

How has compiling stats changed?

At the 1982 UW-Stanford football game, UW sports public relations director Mike Wilson pulled me aside and said, “I want you to look at what Stanford is doing.” They were compiling their stats on a computer. They explained, “We have this company up the road that is developing small desktop computers, a company called Apple, and we’re developing the stats on the computer.” Mike asked if I could do something like that. I spent that offseason running a computer program to do football stats. I wrote a football program that we used up until we switched over to the one we’re using now. 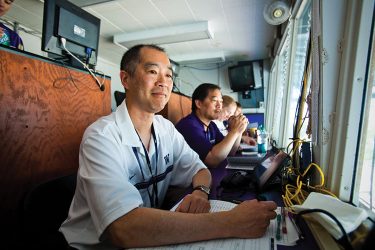 Heyamoto keeps stats from the press box. At top, he’s pictured at the 2016 UW Hall of Fame ceremony.

What do you enjoy about doing stats?

One of the things I love about doing stats is the people you come across and work with. Especially students. We’re committed to using students on our stat crew because it’s part of the university experience to give students a chance to do some things.

Tell us about your stat crew.

We are probably the most diverse crew that I have seen in terms of age, gender and ethnicity. I think we’re a better crew because of that diversity.

What teams have you done stats for?

I started working for the Seahawks in 1977, and I became crew chief in the middle of the ’82 season. I did stats for the Sonics, and I have been working for the Storm from the start. I’ve been doing the Sounders’ stats since Year 1 as well. I work maybe 100 events a year; it averages out to two a week.

Do you have a favorite game?

It’s the 1975 men’s basketball game when Washington ended a really long losing streak to UCLA. We just blew their doors off. I was basically helping the people who were using my computer. After the game, sports information director Donn Bernstein said, “I want you to meet someone.” He took me behind the stands and he said, “Craig, I want you to meet John Wooden.” I shook John Wooden’s hand, and he signed my program.

Do you have a favorite Husky player?

I would say Kelsey Plum. There are so many players in football and basketball, but she was special. And with basketball, it is a little bit easier to feel like you know the players more because you’re closer to the action and they’re not wearing helmets and you see them. There are a lot of great players, but I think she’s my favorite.