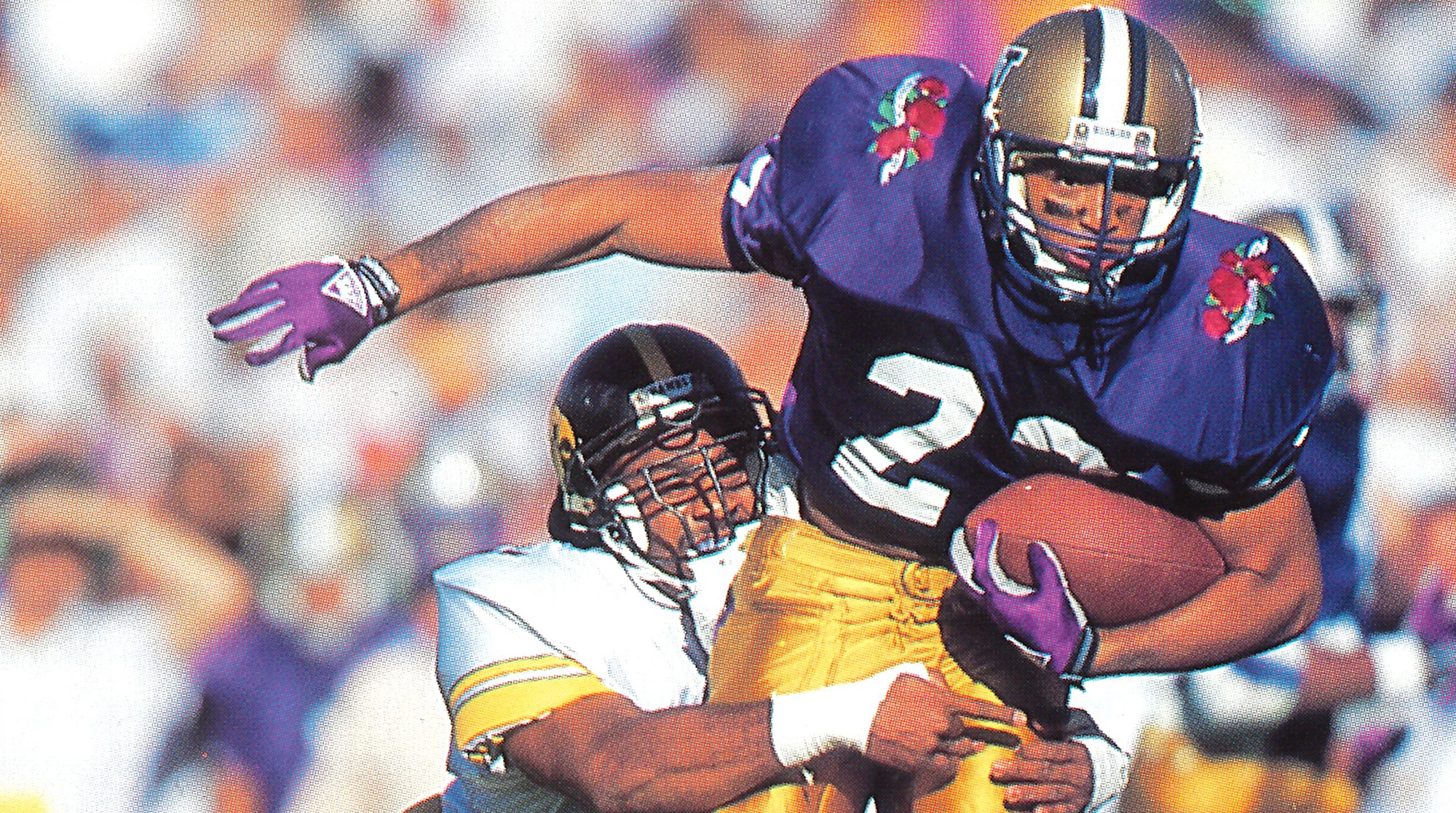 It turned out to be one for the record books when the Huskies beat the University of Iowa Hawkeyes 46-34 in the 1991 Rose Bowl Game. The combined total of 80 points was the highest scored in the 77-year history of the New Year’s Day classic.

Greg Lewis, the UW’s star senior tailback, rushed for 128 yards on 19 carries. Sophomore quarterback Mark Brunell passed for 163 yards and rushed for 28. Brunell, who ran for two touchdowns and passed for two more, was voted most valuable player in the game.

The contest was the Huskies’ 11th Rose Bowl appearance and brought their overall record to 5-5-1. The victory also made it two in a row over Iowa, which suffered a 28-0 defeat when the teams met in Pasadena in 1982.

More than 40,000 UW fans gathered in Pasadena for the game and two UW Alumni Association events. On New Year’s Eve, about 5,000 Huskies jammed the Broadway Plaza in downtown Los Angeles and the following morning more than 10,000 gathered next to the Rose Bowl for a Washington Warm-Up celebration.

Though many alumni had tales to tell about their travels to the game—and how they got their tickets—perhaps no one traveled farther than 1967 graduate Amnuay Topingkae, who is currently president of Payap University in Chiang Mai, Thailand. 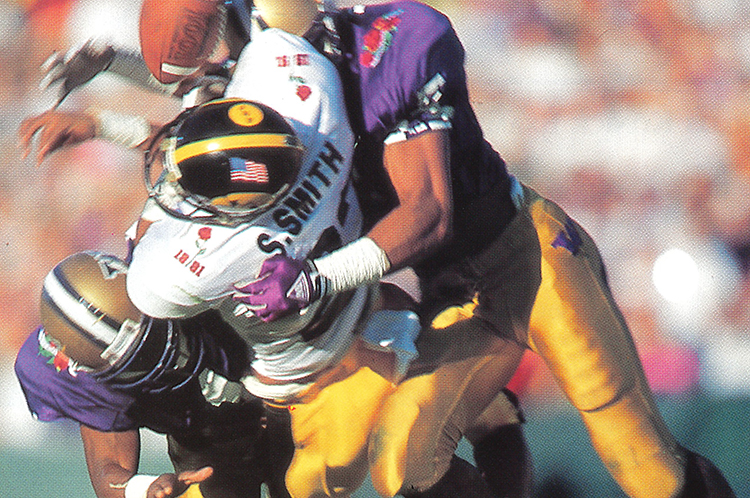