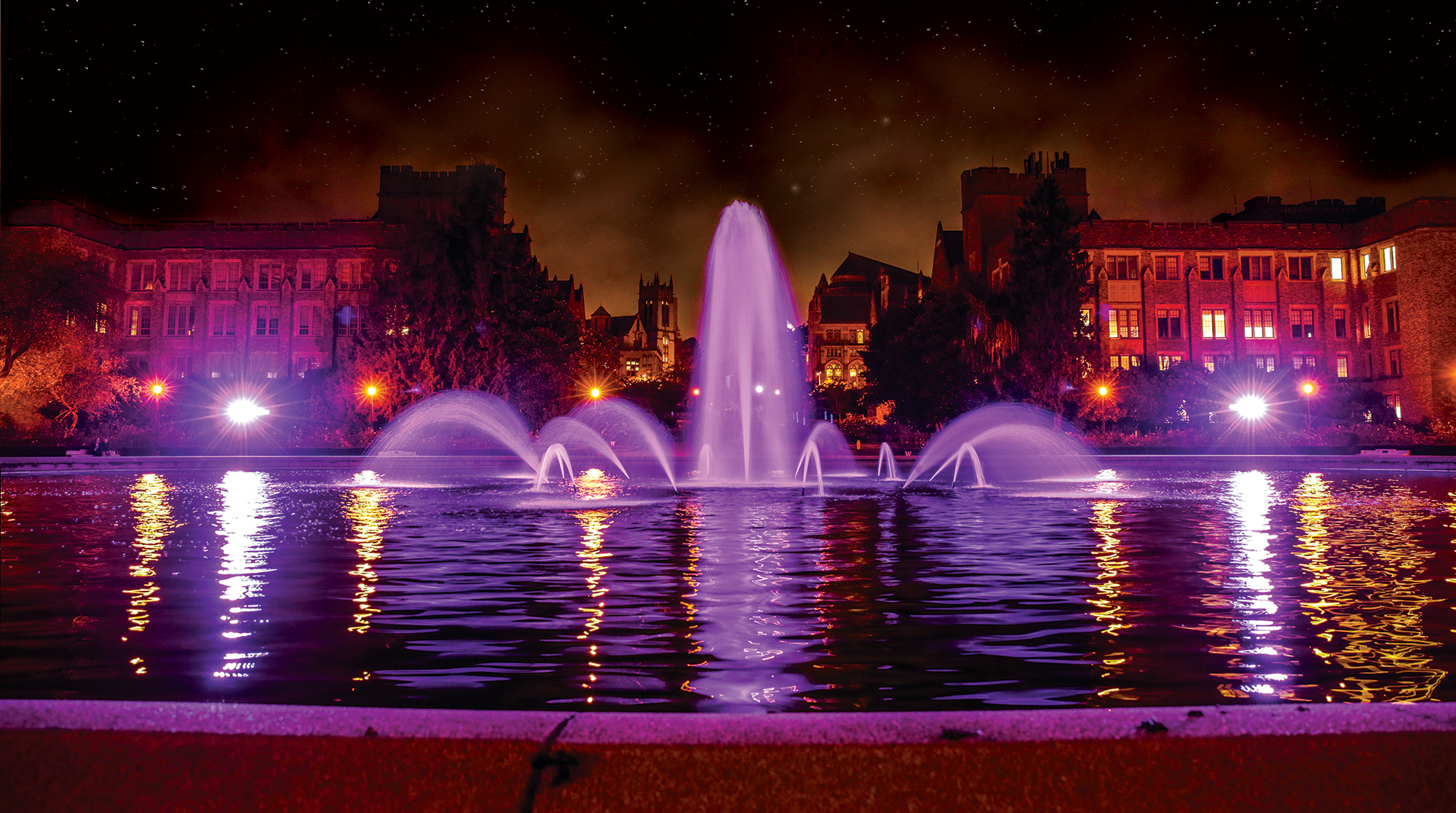 As the UW wraps up its most ambitious campaign—bringing in more than $6.3 billion—it deepens its service and connection to the community around it.

Kiana Rahni, ’20, was a hope-filled sixth-grader when the UW started work on its most recent campaign, Be Boundless—For Washington, For the World. The first in her family to attend college, Rahni came to Seattle from Vancouver, Wash., as a Husky Promise student in 2016, just as the campaign entered its public phase. The scholarship, partially funded by donors, provided Rahni the freedom to explore all that the UW had to offer. She joined student clubs, mentored classmates and studied abroad in Uganda, all while pursuing degrees in economics and political science.

For the past two years, Rahni has served alongside about 80 alumni and community members on the board of directors for the UW Foundation. The public nonprofit’s mission is to facilitate private contributions to benefit students, faculty, programs and facilities. During the campaign, Rahni explored everything on campus from art studio to protein design laboratory. “What I saw made me feel really good about being a student here,” she says.

At the start of Be Boundless, campaign volunteers met with the UW’s leaders to explore how private support could amplify research and teaching. Deans and department chairs spelled out visions of more scholarships, new and renovated buildings, and endowments to attract and retain the best faculty. They also talked about how their fields are changing, and how the University must change too.

“We’re training our next governors, attorney generals, doctors, business leaders and fisheries biologists. The region runs on the power of the University.”

The process gave the volunteers a look into every corner of campus and helped them recognize that the UW had every right to be confident in its teaching, research and innovation, says Jodi Green, one of the campaign’s volunteer chairs. “The work done on campus told the story enough,” she says. “We realized it was just a matter of sharing it, and the rest of the world would jump in with us.”

Since then, more than 500,000 donors have done just that. They’re funding research into autism and cancer and supporting causes like saving Puget Sound orcas and protecting human rights. Many are giving simply because they believe in the power of a good public education. “You can’t get away from the fact that you’re supporting students,” Green says. “Seventy-five percent of UW alumni live within 100 miles of the University, and look at their disciplines: We’re training our next governors, attorney generals, doctors, business leaders and fisheries biologists. The region runs on the power of the University.”

The campaign brought significant single gifts like $20 million for the School of Social Work and $3.6 million for underrepresented students. And thousands of people made smaller donations, sometimes of $50 to $100, to enrich UW Libraries’ collections and support public radio. More than $350 million came from people who are including the UW in their wills.

The campaign has broadened the UW community, drawing in 296,683 new donors and hundreds of volunteers who are mentoring students and bringing their expertise to advisory boards for programs, schools and colleges.

Today, as the campaign comes to a close, the UW has changed. Students have new research opportunities, state-of-the-art classrooms and equipment, and even more teachers who are leaders in their fields. Buildings like the new Burke Museum have transformed campus. And capital projects like the new home for the KEXP radio station and Othello Commons, a community-UW space in South Seattle, have extended the University farther into the region. The UW will always be a leading public research university, but it’s the deepened community connections and the value brought by philanthropy that opens new horizons.

“The UW does so much more than an I ever imagined,” Rahni says, adding that she was swept up in the energy for UW of her fellow directors. “Some of the people I met were fifth-generation Huskies. Some were the only person of color in their class. And they all really cared about stewarding the school.”