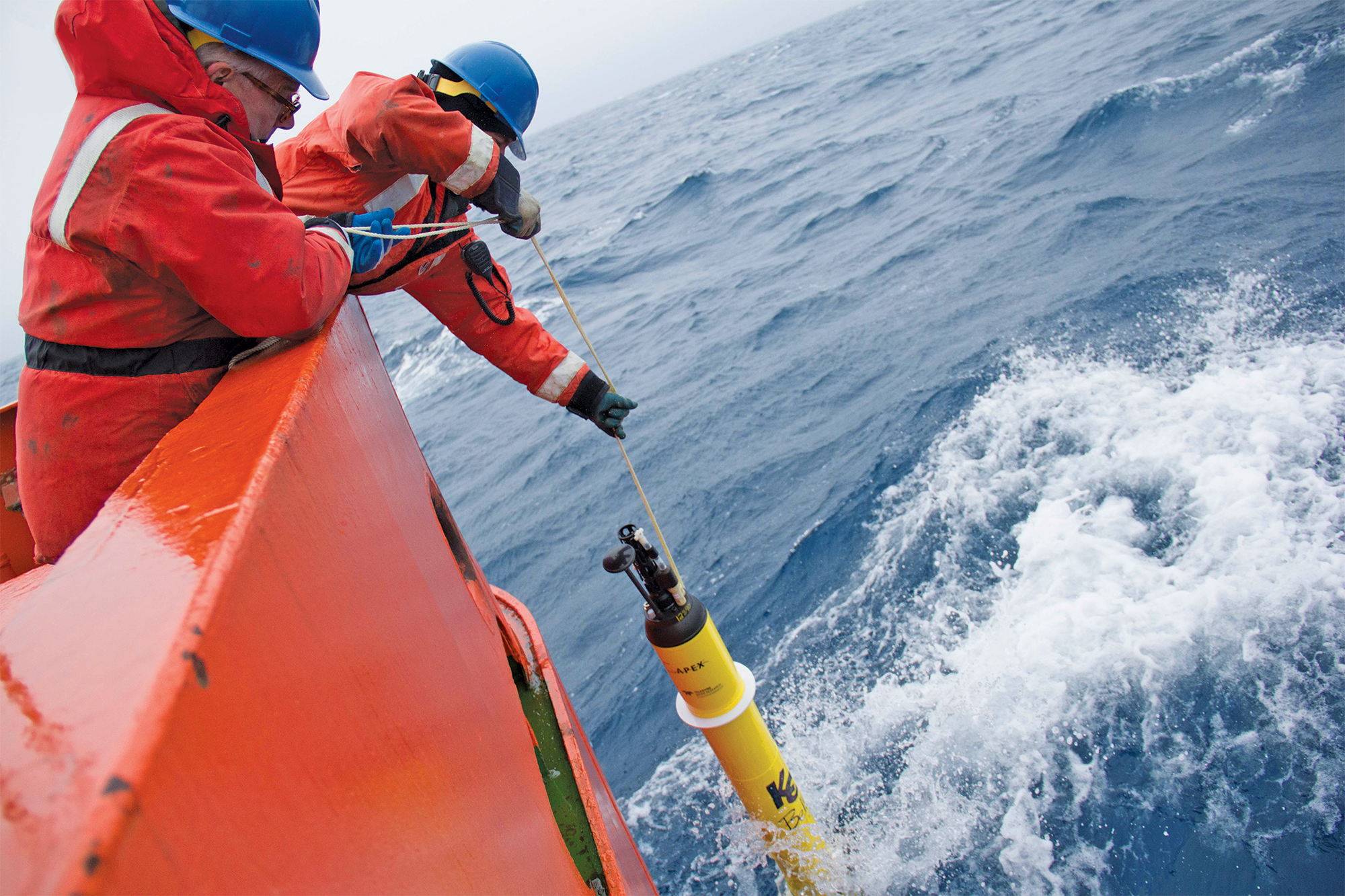 The UW will soon be deploying a fleet of floating robots in oceans around the world. The effort is part of a $53-million, five-year grant from the National Science Foundation to pursue fundamental questions about ocean ecosystems and to inform computer models for fisheries and climate studies.

The University, which is also building 300 of 500 floats, joins the Monterey Bay Aquarium Research Institute, the Scripps Institution of Oceanography, the Woods Hole Oceanographic Institution and Princeton University on the project. About $20.5 million of the award funds the UW work, with another $3 million for maintenance.

“This is one of the largest awards that NSF has ever given in ocean sciences,” says Stephen Riser, professor of oceanography. “It will allow us to create and deploy an ocean observing system that will operate for decades and will influence our ideas about the carbon cycle.”

This new network of floats, called the Global Ocean Biogeochemistry Array, will sink and rise, going from the surface to 1.24 miles deep to collect observations about ocean chemistry and biology. Every nine days, the floats will surface and transmit data via satellite that will be made available for free to researchers and the public within a day of being collected.

“These observations will provide an unprecedented global view of ocean processes that determine carbon cycling, ocean acidification, deoxygenation and biological productivity—all of which have a critical impact on marine ecosystems and the climate of our planet,” says Alison Gray, assistant professor of oceanography.

According to the National Oceanic and Atmospheric Administration, more than 80% of the world’s ocean is unmapped, unobserved and unexplored. The researchers hope that the project will take away some of the mystery by inspiring other countries to contribute similarly instrumented floats as part of the global research effort. Ideally, this expanded network will grow to a sustained array of 1,000 biogeochemical floats uniformly distributed around the world’s oceans, and spaced about 620 miles, or 1,000 kilometers, apart from each other.

At top: Oceanography Professor Stephen Riser, left, and a colleague drop a sensor into the Southern Ocean as part of an earlier project of climate observations and modeling in that body of water.