UW Instructional Center is where students go for a grade upgrade

Sure, it’s a national model of academic support; but the UW’s Instructional Center is way more than that—it’s a family for students who need a boost.

Not long after he arrived on the UW campus for his freshman year, Ron Nguyen felt like he had been hit by a knockout punch. Dazed by the size of the UW campus and overwhelmed by the rigor of the academics, Nguyen, then an 18-year-old a long way from home, felt isolated and dispirited. “I had no friends my freshman year,” he recalls. “My mom and dad called a lot and encouraged me. My parents said, ‘You are the first person in our family to go to college. You will fail a few times, you don’t have to be number one, but we expect you to do your best.’”

Nguyen had excelled at his small Hawaiian high school and thrived in a tight-knit community where he knew everyone. The picture of him as a young man besieged by loneliness and frustrated by his coursework was at complete odds with his past. This state of affairs might have continued if he hadn’t found his way to the UW Office of Minority Affairs & Diversity’s (OMA&D) Instructional Center.

At first glance, the Instructional Center (IC), a low-rise cinderblock building on N.E. 40th Street just a few blocks west of campus, doesn’t look like the kind of place that transforms lives. It used to be a plant that made dog food. And its annex (around the corner on Brooklyn) was home to the legendary coffee house, The Last Exit. But today, the Instructional Center remains one of OMA&D’s most important programs and one of the University’s overlooked gems. Opened in 1970 as a result of student protests during the civil rights era, the center helps thousands of OMA&D-affiliated students with their coursework, develops their study skills and just as importantly, provides them with a community of individuals just like them.

Most of the students who turn to the center for help are like Nguyen: Bright, highly motivated, mature, personable and driven to succeed but also likely to be the first in their family to attend college, from an underrepresented minority, or economically disadvantaged. Many feel they are in over their heads. They feel lost, isolated or underprepared academically. The Instructional Center is their lifeline to success. 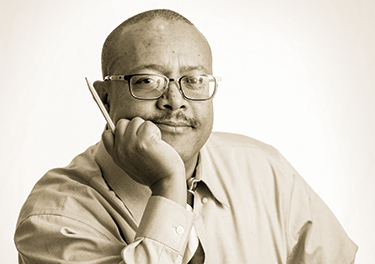 And the data proves it. Students who take advantage of the center’s services on a regular basis get higher grades, are more likely to continue in college and graduate at higher rates than those who don’t use the center. In short, the IC gets results. That was the case with Nguyen, who earned his bachelor’s degree in biochemistry in June 2014 and will start medical school at the University of Hawaii in the fall. “I see myself as a promising person,” he says, “because I found the IC.”

Nguyen tells his story at the IC on a day in which the air conditioning hums apace, even though it’s winter and driving rain is hitting the windows. As Nguyen talks, he is thoughtful and solemn. It’s obvious that he takes his academic work seriously. But when he mentions the center, his whole face lights up. As a freshman, stressed and struggling with general chemistry, Nguyen walked into the center and found the help he needed—and a community to boot.

“The first workshop I attended was marvelous,” he says. “It was quick, concise and very descriptive. They gave me a lot of practice problems and prepared me for tests; they gave me tips and tricks to help me do well on the exam and helped me study in general.” Nguyen was so appreciative of the help that he volunteered as a chemistry tutor at the center as a way to give back.

His success story is one of many that have come out of the 45-year-old program despite the challenges presented by its outdated facility. Power strips dangle from the ceiling; that’s how students plug in their laptops. The heating and cooling systems rarely work (students often wear fingerless gloves and woolly hats) and the place is a warren of overcrowded rooms divided by subject—physics, biology, chemistry, etc. A bucket catches drips leaking from the roof in the biology classroom. Yet these shortcomings don’t taint the magic that happens here, thanks to the caring instructors who teach—and push—their students.

“The IC is a big hug around people, it’s where you can be who you really are. You feel at home.”

“We are an academic support program. We do not do remedial education,” explains one longtime instructor. “Our goal is to help the students develop the confidence and competence they need to go out into the world and excel, and by doing so, challenge the lingering stereotypes of history.” The Instructional Center employs 19 full-time instructors, many of whom have graduate degrees. In addition, student tutors like Nguyen serve as peer tutors and are academic role models who share their campus experiences with students.

The IC has been nationally recognized as a model academic support center, and the facts show why. The first-generation college, underrepresented minority or economically disadvantaged students who use the IC are up to 3.14 times more likely to continue after their freshman year compared to students with similar backgrounds who don’t. They are also more than twice as likely to continue after their sophomore year and they have 20–60 percent increased odds of graduating compared to non-users. In summer, the Instructional Center primes students for the tests they need to gain entrance to professional and graduate schools.

With their limited budget and space, the facility can’t meet the needs of all of the students who need help. In the 2013-14 academic year, for example, 2,040 students used the IC. For help with math alone, more than 35,000 hours of tutoring were provided. This only scratches the surface of the need for this kind of help. 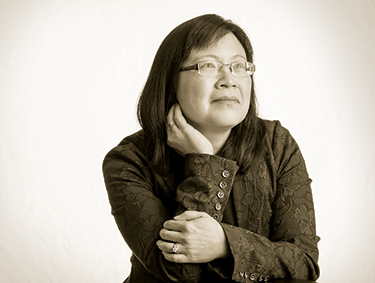 Teaching has long been in the blood of Director Therese Mar, who continues to teach dozens of students every day.

The woman who conducts this program assessment is Therese Mar, ’88, ’91, ’98, the center’s new director, who studied math and applied math at the UW and earned a doctorate in environmental and occupational health sciences. She spent 11 years as a math and statistics instructor at the IC and worked as the math instructor at the UW’s Robinson Center for Young Scholars.

Her pride in the center’s students, tutors and instructors is obvious and she loves telling their stories. Take the story of Adilene Alfaro (pictured at top), a freshman from Othello, in the heart of the Columbia Basin in central Washington. The first person in her family to go to college, Alfaro receives support from the UW College Assistance Migrant Program, which provides academic support and services, especially during the first year, to college students from migrant and seasonal farmworking families. These services can include counseling, tutoring, skills workshops, financial aid stipends, health services and housing assistance. Alfaro spends four hours each week at the IC. “I need to be here to major in nursing. It’s so different from high school. I wasn’t prepared study-wise,” says Alfaro, who commutes to the UW from Everett. Asked how she would be doing if there was no IC, she says, “I would be failing. This place is really important to me.” 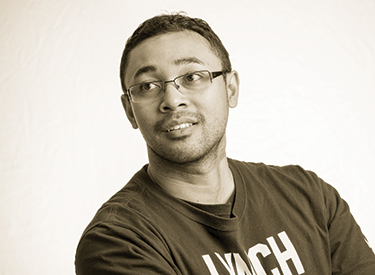 From single dad to soaring student, Max McDonald, 34, is seeing success after being out of school for 10 years—and he loves being a role model to his kids.

Some students, like Max McDonald, have taken a while before they started to rev their academic engines. McDonald, 34, who majors in business, mathematics and Spanish, is wearing a white dress shirt with a dark suit and tie for a class presentation later that day at the Foster School of Business. He had been out of school for 10 years before he decided to return at age 34. His last job was as a finance manager for Bill Pierre Auto Centers.

McDonald is the definition of the non-traditional student; he is the single parent of a teenage son and a daughter, 12. He doesn’t spend his weekends partying; he has to use his study time efficiently so he can be available for his children. Things at school were going fine until he faced his ultimate challenge: linear algebra.

“I had already had my first exam. I was below the mean,” he recalls. So, he went to the IC, where he worked with instructors Bahn Ly and Getachew Zeleke. Not long after that, he saw a huge jump in his second midterm test grade. “I got a 3.6 in the class and the only reason I didn’t get a 4.0 was that first midterm,” he says.

Last fall, when McDonald would come to the IC to study, his children would tag along to ride their scooters in Red Square and snack in campus cafes. An unexpected benefit, McDonald says, is what the time on campus has meant for his kids. “They see themselves as future UW students,” he says proudly.

McDonald tells his story with intensity. Hearing that he “seems driven” is taken as a compliment. Because he is rather reserved, it’s surprising to hear the warmth in his voice as he says, “The IC is a big hug around people, it’s where you can be who you really are. You feel at home.”

There’s a little poster taped to one of the walls that sums up the Instructional Center. It’s a photo taken at the famous heavyweight championship bout between Muhammad Ali and Sonny Liston in 1965, when Liston was heavily favored. But Liston lost. The photo of Ali, fabulously muscled, was snapped during the first minute of the first round. The quote from the iconic poster sums up the IC: “Impossible is nothing.”