UW is hearing tribes’ voices as never before

When Herb Joe was born 64 years ago, his family gave him the ancestral name T’xwelátse, and said that it was his duty to bring a long-lost statue of the same name back to the Chilliwack Tribe. Two years ago, with the help of the UW’s Burke Museum, he did. The four-foot-tall granite figure of the tribe’s first male ancestor had been in the Burke’s collection since 1904 — a long time by Western standards. But in early October 2006, Joe and a group of Sto:lo and Nooksack Indians hoisted the ceremonial red-cedar canoe holding T’xwelátse and carried him back to his people.

For decades, the Burke Museum of Natural History and Culture has collaborated with Native American tribes in the repatriation of artifacts. The leader of those efforts was James Nason, emeritus curator at the museum, emeritus anthropology professor and a longtime promoter of American Indian studies at the UW. Among other items, the Burke has helped return some 10,000 funerary objects, nine sacred objects and more than 100 sets of Native American human remains to various tribes. But the return of T’xwelátse was the first time the Burke had helped repatriate a piece of such profound importance, an “object of cultural patrimony.”

It was also a fitting symbol of the growing spirit of cooperation between the UW and tribes of the Pacific Northwest, which is stronger today than at any time in the University’s history. It got a boost when Mark A. Emmert, ‘75, returned to his alma mater in 2004 as the UW’s president. Emmert, who grew up near the Puyallup Reservation and once lived and worked on the Wind River Native American Reservation in Wyoming, knew that a strong relationship was critical to both parties.

Since Emmert’s arrival five years ago, the UW has renewed its focus on recruiting and retaining more Native American students, faculty and staff. The president has also pushed for new research collaborations and economic development ventures between the University and the tribes.

But that’s not all. On April 10, the UW will host the third annual Tribal Leadership Summit on campus. The event will include an official blessing and site dedication of the UW House of Knowledge, a Longhouse-style building set to rise on the northeast section of the Seattle campus.

“When he (President Emmert) heard the term Longhouse, he remembered there was an effort to build a Longhouse when he was an undergraduate at the UW,” says Sheila Edwards Lange, ’00, ’06, the UW’s vice president for minority affairs and vice provost for diversity. “He asked, ‘What’s the holdup?’

The UW is currently in the fundraising stage in its plans to build the House of Knowledge, which will serve as a gathering place for Native American students and the Native American community. Lange believes that will help dispel long-held Native American mistrust about the fate of their students when they leave their communities to study at a university.

“Going away to college has a whole different meaning for Native American communities,” she explains. “There is the fear of being stripped of language and community and culture. All of our colonial colleges like Dartmouth and Harvard had Native American projects to get them to assimilate and strip them of their culture.”

But the House of Knowledge will serve as a kind of “home away from home” for Native American students making the transition to a new and unfamiliar setting. It will also provide a multi-service learning and gathering place for Native Americans and people from all cultures. The 35-year-old dream began to take shape within the past year, when the $15 million endeavor took its place on the University’s capital projects list.

“It will be an excellent focal point for students that our culture is being shared not only with our students but with the thousands of students who attend the UW.”

Melvin Ro Sheldon, chairman of the Tulalip Tribes, on the UW House of Knowledge

“It will make all of us Native Americans proud,” says Melvin Ro Sheldon, ‘81, chairman of the Tulalip Tribes. “And it will be an excellent focal point for students that our culture is being shared not only with our students but with the thousands of students who attend the UW.”

A committee of Native American elders is guiding the UW on protocol during the planning and construction process as well as for the site dedication and blessing, according to David Iyall, assistant vice president for advancement at the UW and a member of the Cowlitz Tribe.

“Without their consultation, the site blessing itself might not have occurred,” Iyall says. The site blessing will include a symbolic opening of the doors. There will be another event to bless the trees when it’s time to harvest them for construction. The Quinault Nation will provide the trees to build the House of Knowledge.

The blessing for the Longhouse is being held in conjunction with the First Nations student-run Pow Wow and the Tribal Summit, which will involve a meeting between Emmert and leaders of the tribes. The first Tribal Summit was held to create the initial relationship and to give UW leaders the opportunity to listen to tribal leaders and to understand their vision of a UW-tribal partnership. At the second summit, leaders discussed the UW’s outreach efforts. This year’s gathering will feature an economic and research partnership between the tribes and the UW.

“The summits help tribal leaders get an understanding of what programs the University is involved in and contributing to,” says Len Forsman, ‘87, chairperson of the Suquamish Tribe. “We do have turnover in leadership and the summits help acquaint new leaders with the opportunities that the University has.”

There are a variety of economic development partnerships and collaborative research projects already under way. One is Tulalip Data Services, a collaboration among UW Bothell, Everett Community College and the Tulalip Tribes. Tribal leaders conceived of the project to close the technology gap between the tribes and surrounding communities. The plan included 23 long-term infrastructure and software projects that provide a technology platform to support economic, social, health, government, natural resources and other initiatives. By the end of 2008, the Tulalip Data Services staff included 71 full-time employees and 18 tribal interns.

On the research side, there’s the Healing of the Canoe project, aimed at reducing rates of substance abuse among the youth of two tribes. The Suquamish Tribe, the Port Gamble S’Klallam Tribe and the UW Alcohol and Drug Abuse Institute have worked together to plan and carry out community-based interventions. The project recently received funding for an additional five years.

Building a House of Knowledge, holding an annual Tribal Leadership Summit with government-to-government conversation, and an increasing array of economic and research partnerships are all helping to usher in a new era of UW-tribal cooperation. All of which sends a message to the next generation of tribal leaders.

“Committed leadership makes all the difference,” says Sheldon. “Dr. Emmert has been doing an outstanding job of letting our tribes know that our students are welcome.”

Five at the fore

Here’s something you probably didn’t know: Five Native American University of Washington graduates now serve as chairpersons of their tribes. The routes they took to the UW were unique, surprising and sometimes circuitous. But all say their UW education helped mold them into the leaders they are today. 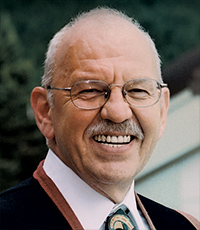 RON ALLEN, ’83, chairperson of the S’Klallam Tribe, came to activism and leadership via … basketball. “I went to the Bureau of Indian Affairs (BIA) to get my identification card replaced to play Indian Basketball, but the feds were no longer recognizing the tribe,” he says. “So there were no more BIA basketball cards available and I couldn’t play without one. I agreed to help lead the charge on the process to secure federal recognition of our tribe. Before that, politics was not on my radar screen.” Allen says his experience fighting for recognition of his tribe helped to steer his academic choices. Knowing that he wanted to continue his activist and tribal leadership roles, he majored in economics and took courses in communications and philosophy. For his work, Allen will receive the Charles Odegaard Award — the UW’s most prestigious diversity award — at the Friends of the Educational Opportunity Program Celebration on May 13.

LEN FORSMAN, ’87, chairperson of the Suquamish Tribe, says that at first the UW was overwhelming to him. “The first quarter was pretty hard on me because of the size of the institution and the size of the classrooms,” he recalls. He credits the UW Office of Minority Affairs and Diversity with helping him make the transition to college. Forsman switched his major to anthropology and worked with James Nason, UW emeritus anthropology professor and curator emeritus at the Burke Museum, to develop a museum at Suquamish. “My education helped me understand our history and culture, and established relations at the University that helped me come to the place where I am today,” he says.

JOSEPH PAVEL, ’94, chairperson of the Skokomish Tribe and its natural resource director, never considered attending a school other than the UW. He graduated with a bachelor of science degree in fisheries, a most germane degree considering that approximately 90 percent of the families on the Skokomish Reservation are dependent on fishing. “In fisheries,” he says, “we have worked with the UW in the habitat programs of the fisheries community as a whole through research and monitoring.” 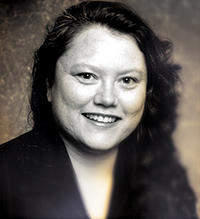 FAWN SHARP, ’95, is chairperson of the Quinault Indian Nation. She earned her law degree from the UW and went on to serve as managing attorney and lead counsel for the tribe. She was one of the lead organizers and runners in the Sovereignty Run in 2002 from the Quinault Nation to the U.S. Supreme Court. The historic 2,800-mile coast-to-coast relay run started on the Quinault Reservation. Many Native American nations joined the run to support tribes in the face of court decisions that eroded Native American sovereignty.

MELVIN RO SHELDON, ’81, chairman of the Tulalip Tribes, arrived at the UW after a tour of duty in Vietnam. “I would go out with a helicopter and conduct reconnaissance missions to look for intelligence or do battle with the Viet Cong. I was 19,” he recalls. His wartime experiences eventually led him to the UW, where he majored in political science. “I wanted to understand foreign policy and why we were in Vietnam,” he says. “The UW absolutely prepped me for tribal leadership. I learned how to think critically about complex issues.”

Julie Garner is a Seattle-area free-lance writer who has written about the House of Knowledge for Viewpoints, the UW diversity magazine. Pictured at top: Tribal leaders join UW President Mark A. Emmert (seated at center) at the 2008 Tribal Leadership Summit.