UW President Mark A. Emmert, '75, announced Sept. 7 that the UW School of Business is being renamed in recognition of gifts from the Foster Foundation totaling $50 million, with $46.5 million made during Campaign UW: Creating Futures. After a unanimous vote by the UW Board of Regents on Sept. 20, the school is now called the Michael G. Foster School of Business.

“We are very grateful to the Foster Foundation for this extraordinary gift,” says President Emmert. “Their belief in the power of education to transform lives and give students the opportunity to prosper and grow is heartening. This gift will help our business school excel and change to meet the constantly evolving demands of business education, and I am thrilled it will forever bear the name of Michael Foster.”

Other named schools at the UW are the Henry M. Jackson School of International Studies, the Daniel J. Evans School of Public Affairs and the Milgard School of Business at UW Tacoma. 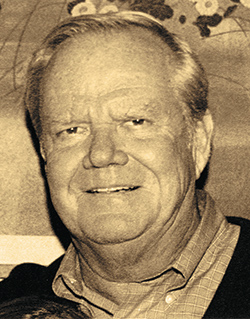 Michael’s father, Albert Foster, was a 1928 graduate of the business school. Albert Foster founded the investment firm Foster & Marshall, Seattle’s first locally owned brokerage to have a seat on the New York Stock Exchange. His wife, Evelyn, received a bachelor’s degree in general studies from the UW in 1932 and was a community volunteer with the Seattle Opera and Seattle Art Museum. Michael was one of Albert and Evelyn’s four children.

Michael Foster was a graduate of Seattle’s Roosevelt High School and attended the UW in the 1950s prior to his move to New York to join the bond firm of Dominick & Dominick. He returned to Seattle and became president of Foster & Marshall in 1971.

A nearly fatal car accident in Alaska shortly after that career move changed Michael Foster’s life. Spending months in a body cast gave him time to reflect on his firm and its future. He expanded Foster & Marshall’s financial products and services, moving into new markets. After 10 years, the firm’s gross revenues soared tenfold and the company had 50 offices in five states. The family sold the firm to Shearson/American Express in 1984.

James Jiambalvo, dean of the Business School, said the gift will allow the school to compete for top faculty and offer scholarship support to outstanding students who will have a learning expe­rience second to none.

“This is truly a transformational gift,” Jiambalvo says. “It’s going to provide the resources we need to hire and retain top scholars and teachers, launch new programs, and provide scholarships to deserving students. We are now much closer to becoming one of the premier programs in the country thanks to this exceptionally generous gift.”

The Foster School of Business has brought in more than $155 million” since it began raising funds in 2000 as part of Campaign UW: Creating Futures. Of this, $25 million has been raised for faculty endowments, $20 million for student scholarships and almost $62 million for the school’s new facilities.