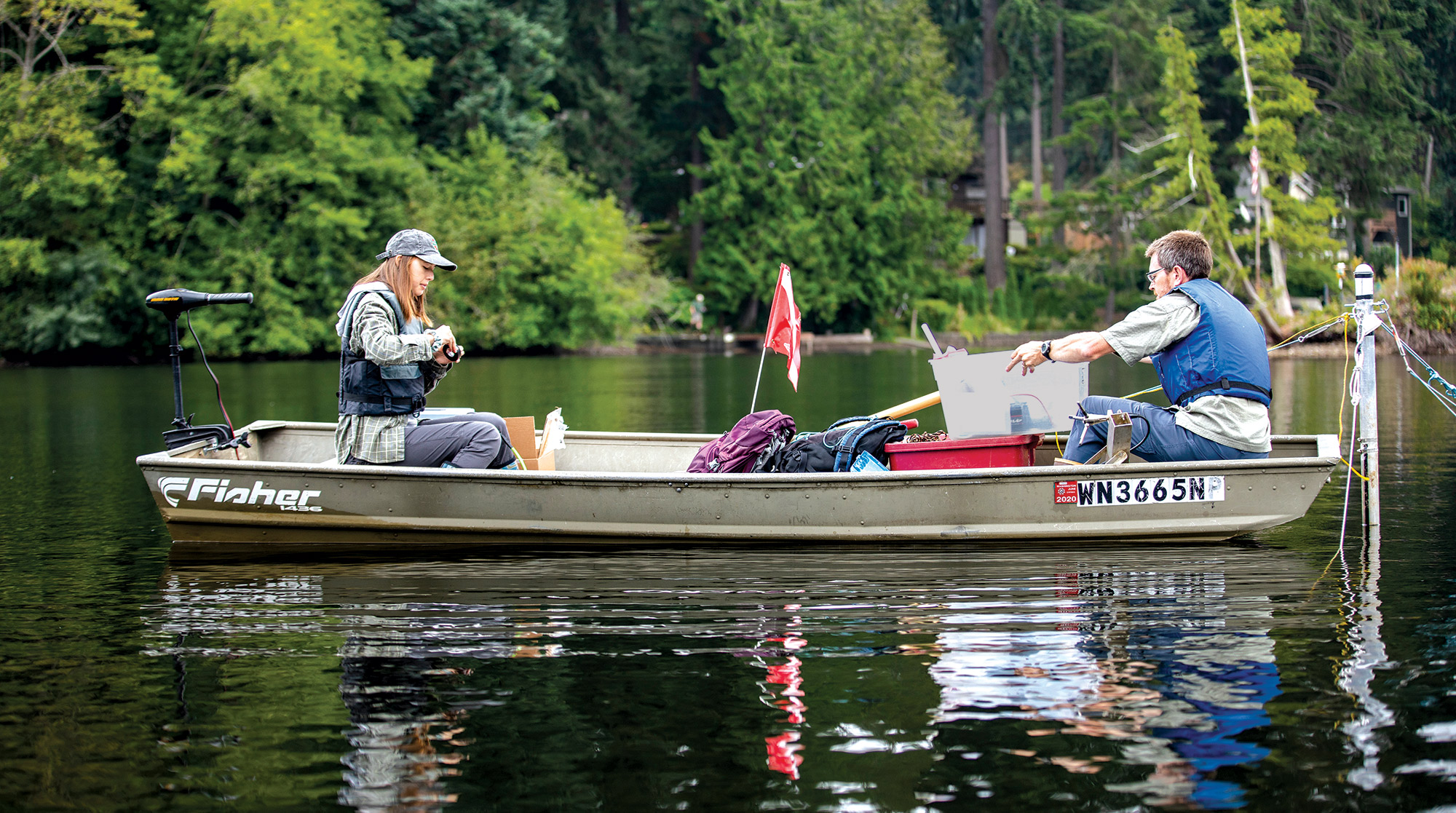 Several times a month, Samantha Fung, a graduate student in civil and environmental engineering, heads to a small, shallow lake in Federal Way to follow up on recent, and surprising, arsenic-related discoveries.

“It’s very rare to study a lake as small as Lake Killarney,” says Fung, who has worked on a research project at the 31-acre lake for close to two years. “This project is aimed at determining which lakes are most susceptible to contaminants and have a higher chance of arsenic being transferred up the food web.”

The source of Lake Killarney’s arsenic lies about 15 miles away in Tacoma, where an ASARCO copper smelter operated for about a century. The smelter emitted air pollution that carried heavy metals across the Puget Sound region. Although it was closed 35 years ago, the legacy of sediment contamination remains a long-term source of toxins in the ecosystem. And until now, the water-related hazards have been largely overlooked. Lake Killarney is surrounded by homes, and people fish there for rainbow trout, largemouth bass and yellow perch.

After a surprising discovery a couple of years ago that some shallow lakes have characteristics that facilitate the movement of arsenic from sediment at the bottom of a lake up into the food web, a team of UW researchers opened an investigation. They wanted to study the movement of water and the heavy metals’ impact on aquatic life.

The project is supported by UW’s Superfund Research Program and led by Rebecca Neumann, associate professor of environmental engineering, with UW Tacoma Associate Professor Jim Gawel. “Arsenic fortunately doesn’t pose much of a contact risk, but the biggest concern is ingestion,” Neumann says. “A possible exposure pathway is people eating snails, crayfish or fish, which may have high levels of arsenic.”

For the past four years, the researchers have been investigating lakes in the Tacoma vicinity, with a special focus on Lake Killarney and Angle Lake. Although both are small lakes in urban settings, they have very different depths: At 52 feet, Angle Lake is about four times as deep as Lake Killarney. Both lakes have similar levels of arsenic in their lakebeds, but plankton in the shallow lake accumulated up to 10 times more arsenic than those in the deep lake.