All four of the 2017-18 UW student body presidents were people of color, and each of them saw race, equity and social justice as central to their position. 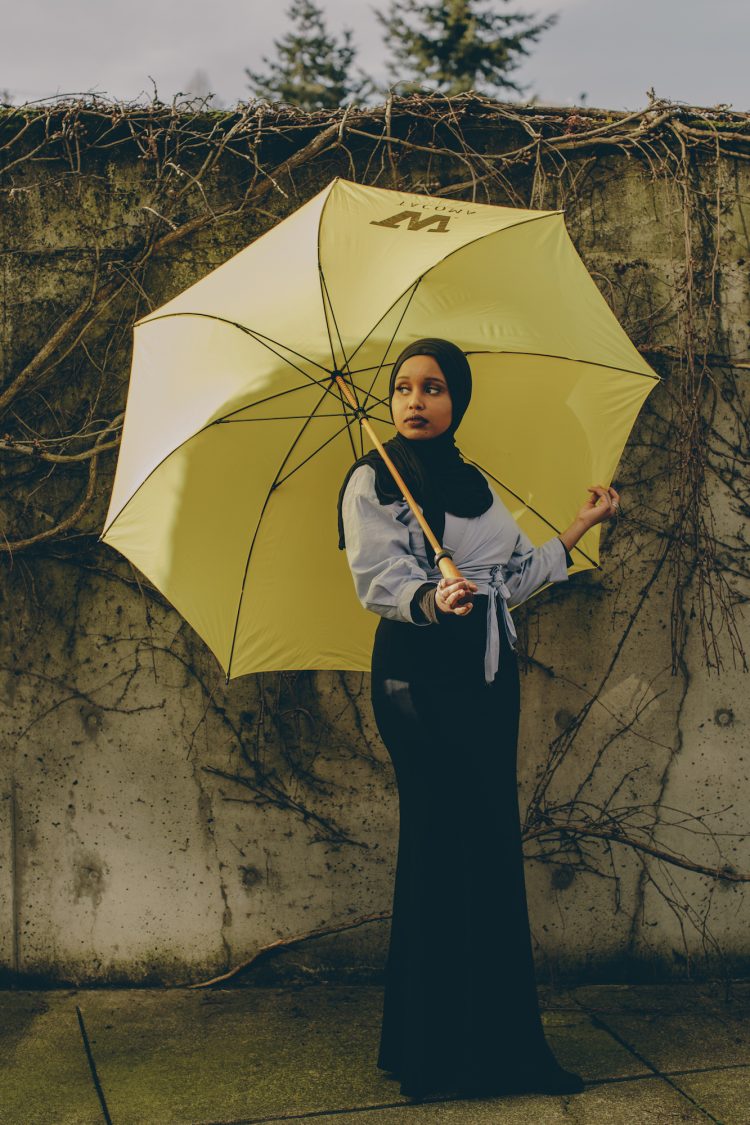 Arwa Dubad, the student body president of UW Tacoma, is from West Seattle and Somalia. She is a senior studying philosophy, politics and economics and minoring in human rights and religious studies. She has eight sisters and looks forward to being the first in her family to graduate from a four-year institution because, “my younger siblings will be in the stands watching me and seeing themselves in me. That is what I am looking forward to.”

Dubad decided to run for office last January while watching President Obama’s final address to the nation. From the day she moved to this country, she has seen Obama as a symbol of hope. “Dreams did not have to be just dreams anymore, they could be a reality,” she says. As she watched the TV, she was reminded of how alone she once felt, “the struggles I had to overcome trying to find my place in this nation. I remembered walking in to a classroom and the teacher speaking in a language I had only heard in movies.” As her eyes filled with tears, Dubad decided to run for office. “I wanted to leave a mark at University of Washington Tacoma the same way he left a mark on our nation.”

Now serving about 5,000 of her fellow students, she is attuned to their greatest needs. “Parking!,” she exclaims, is extremely important. But the multifaceted and diverse student body can also use more places to study, especially at night, and more restaurants and a grocery store. “Our students are mostly first generation, from underrepresented backgrounds,” she says, adding that they’re asking for “more faculty of color across all disciplines. The list goes on, [but] we as a university should always prioritize enhancing the student experience with equity, affordability, accessibility and transparency in mind.”

In her time as president, Dubad has learned to help her colleagues take the wheel. “[This job] taught me to not take a lot of space when it’s not necessary, to allow others to lead and shine.” Her team of senators, members of the board of directors and her staff “are the reason why we have accomplished every single goal we set in the beginning of our term in the first six months,” she says. “They push me to be a better leader and a human being. They challenge me, and I would not want it any other way.”

Dominick Juarez is in his second term as president at UW Bothell. He was born in California and grew up in Everett. Swayed by injuries he sustained in an assault during his first weeks as a UW student, Juarez changed his plans of studying biology and becoming an orthodontist to mechanical engineering, where he can work developing prosthetics. “When I was younger, I used to tell my grandma that I wanted to invent something to help humanity,” he says. “Now that’s what I intend on doing.”

Juarez ran with the hope of encouraging future student leaders who can carry on his legacy as president. Yes, parking and food will always be priorities for Bothell students, “but because of the large commuter population, what I think is even more crucial for our students is creating a community on campus,” he says. 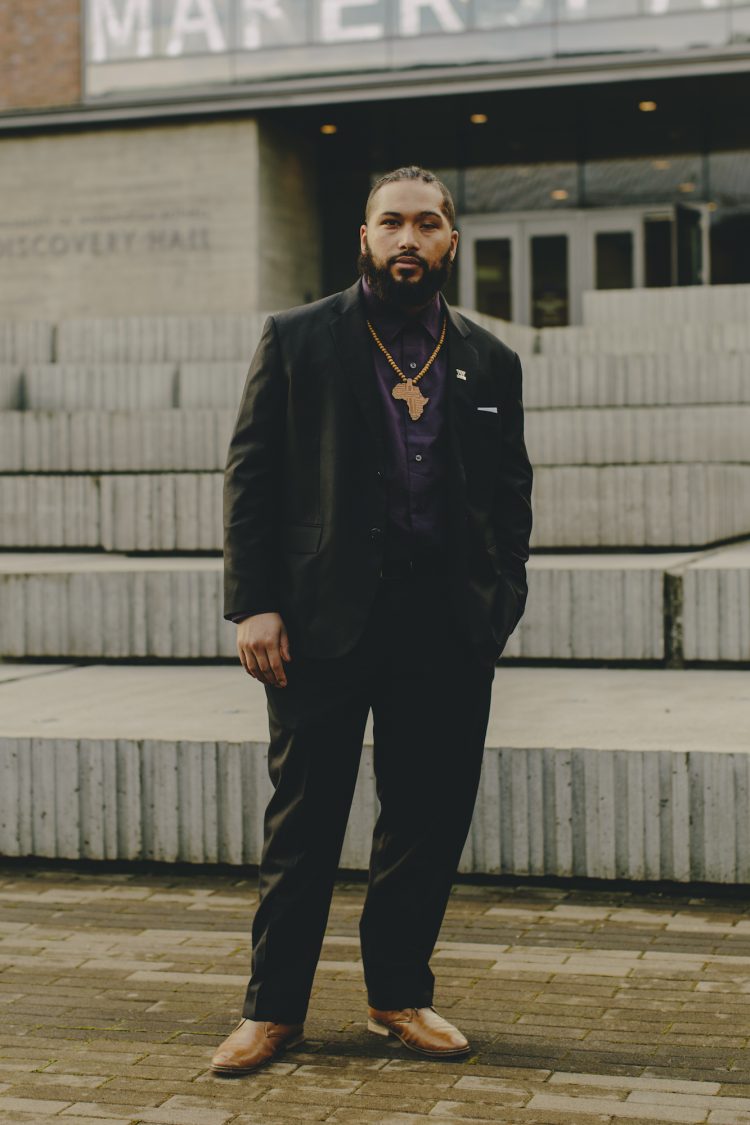 One issue unique to UWB is the prevalence of wetlands nearby, which has limited expanding parking and adding child care. UW Bothell also has a very high percentage of minorities. Because of this, Juarez says, “UW Bothell, to my knowledge and experience, is implicitly focused on the incorporation of social justice.”

During his time as president, Juarez has worked to make students more aware of the opportunities and resources that are already available to them. During his first term, the students saw their dreams of a recreation facility as well as a center for diversity become reality. “I have been moved by what can actually be done by students and how much power the student voice has,” he says.

Osman Salahuddin commuted from his hometown of Redmond for his first three years of college. He found social connection in the Muslim Student Association, joined the UW Leaders program, and served as a senator in the ASUW as a sophomore and on the board of directors as a junior. Today, when he’s not representing 30,000 undergraduates, the senior studies neurobiology and English.

Having been an elected official for two years in a row, Salahuddin relishes the community he experiences through student government. “Through ASUW, I have been given the opportunity to work with people from such different backgrounds, all coming from different experiences and walks of life.” 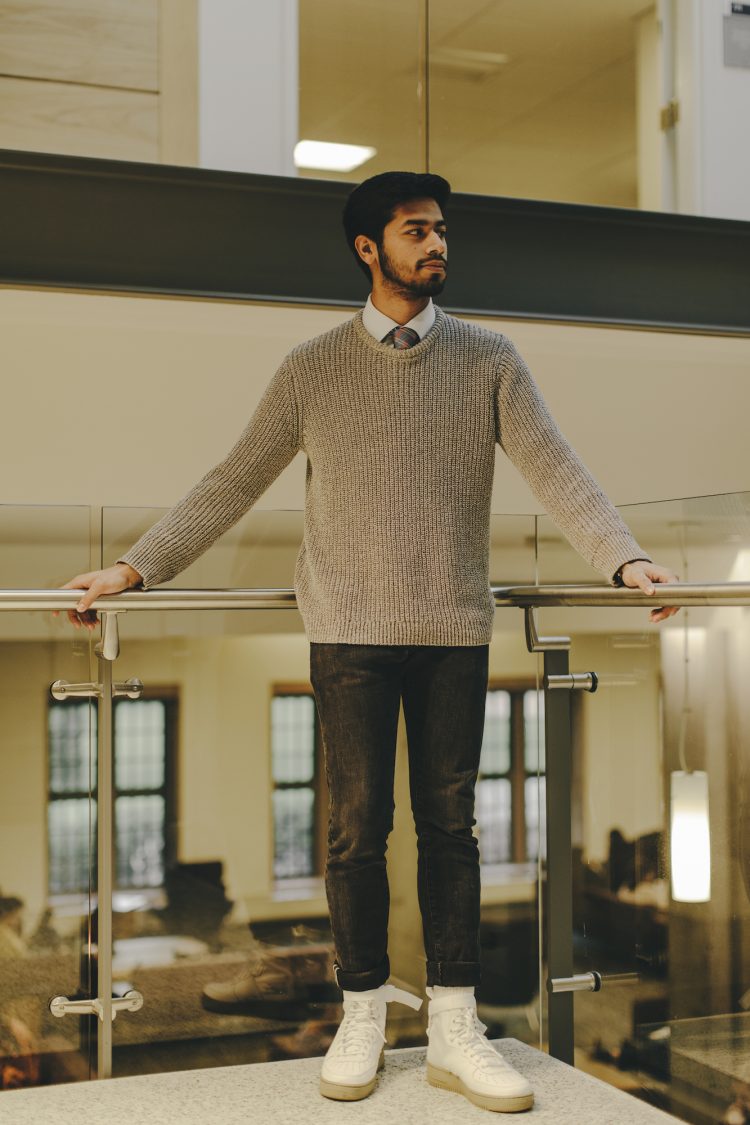 As president, one of his key areas of focus is mental health, a significant concern for the Seattle campus. “Right now, more than ever, students are facing the stress of the political, national and global climate, and on top of the competitive nature of majors, the academic rigor and the addition of extracurricular activities and jobs that many students are adding to their load,” he says. “Through initiatives in the ASUW—with the Board of Directors, the Student Health Consortium, and the Diversity Commissions—we are evaluating the resources to emphasize student well-being and hope to make this an issue that is at the top of the priority list.”

Salahuddin is very aware of how easy it is to feel alone on a campus with 45,000 students, but he sees the large number more as an opportunity for students than a challenge. “One of the unique aspects of UW is the ability to meet so many new people on a daily basis,” he says. He has also served on the OMA&D Student Advisory Board and made use of the Instructional Center. He tells students to get involved in registered student organizations and community groups to find their place within the school.

From this job, Salahuddin has learned to be more organized and efficient with his planning. He makes sure to put in the time before meetings to research who he’s meeting and create a list of points he wants to address. Changing his approach to meetings has allowed him to try to make the most of his time as president.

Soh Yuen Kim, who goes by Elloise, studied English and art history before completing her master’s degree in English at Ewha Women’s University in South Korea. “My research interest includes topics such as transracial and transnational adoption, race and family, wars and immigration,” Kim says.

She never considered herself a traditional leader, but she was motivated to run for office by a desire to make underrepresented voices heard. Even as GPSS president, she strives to bring forth issues that are important to marginalized students. “The fact that I am the first international, first Asian, and third president of color in the GPSS’ 42-year history tells that we still have a long way to go to make this community truly inclusive and welcoming for all,” Kim says. But she remains hopeful. “What I will cherish most when I walk out of this position will be people I have met. They got me to this role, and without their guidance and support I would not have been able to be here today.” 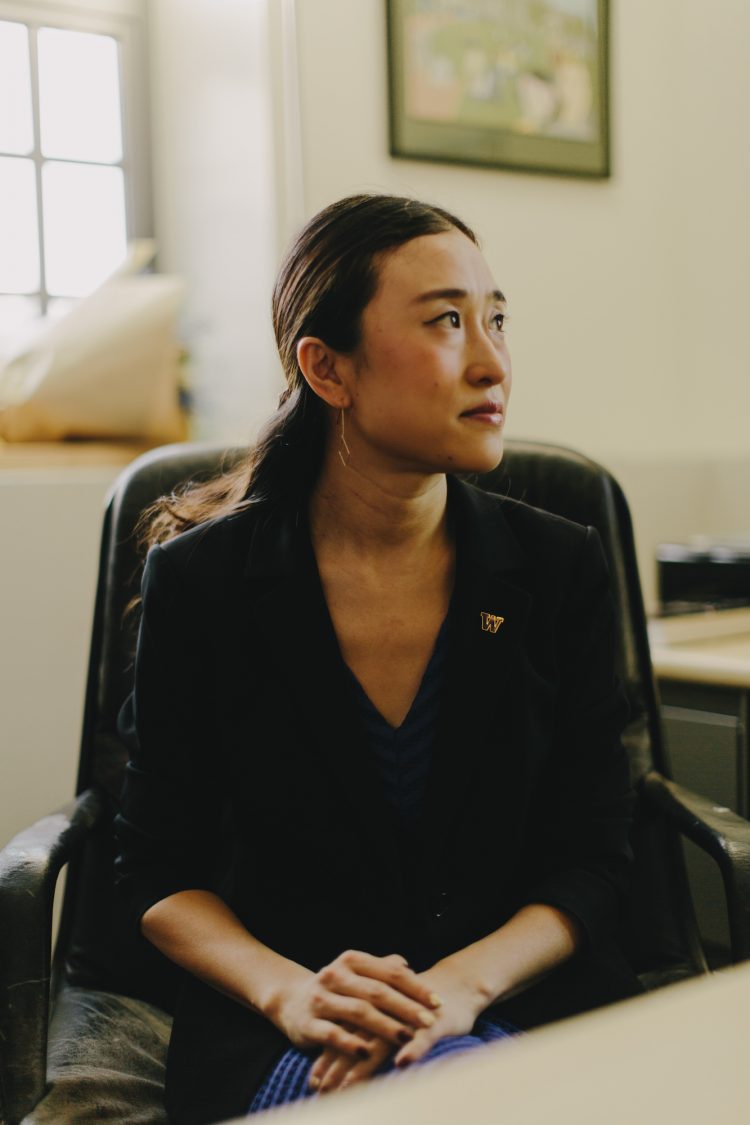 Kim has found a number of key issues for the some 14,000 students she represents, including quality of life. “UW is not just an outstanding research institution for students, but a community in which they spend a few years.” Tuition, academic excellence, funding for research and access to good mentoring are consistently important. “But these days other issues related to their well-being such as mental health, housing cost, child care and sexual violence prevention are addressed with serious interest.”

Kim believes that while graduate and professional students make up around a quarter of UW Seattle’s student body, their needs are not always met or fully understood. Money is one of their primary concerns, she says: “Nationally graduate and professional students make up only 14 percent of the student population in higher education, but they hold as much as 40 percent of student debt.”

She considers her role as GPSS president a huge honor, but one that comes with constant struggles. “Still, I have appreciated all those as growing pains, for I have learned so much serving in this position, from how to work as a team to how to make the best use of the limited resources to how not to lose a balance dealing with conflicts.” Kim has learned to act boldly and do so with strategy. She has also gained an appreciation for public speaking. “I also have found a very geeky side of me that I did not know before: I love meetings!”