For as long as he can remember, Josh Colangelo-Bryan has been fighting for the weak and downtrodden. As a UW law student, he loved working in law clinics where he could represent someone in a small matter and help them win a case. When a number of undocumented people found themselves in the middle of a unconstitutional racial profiling suit against the New Haven, Connecticut, police force, he represented them so they wouldn’t suffer reprisals from city government. And he helped six Bahrainis who were wrongly detained at Guantanamo Bay Naval Station in Cuba gain their freedom.

So, it should not come as a big surprise that he decided to sue Turkey. Yes, that Turkey. 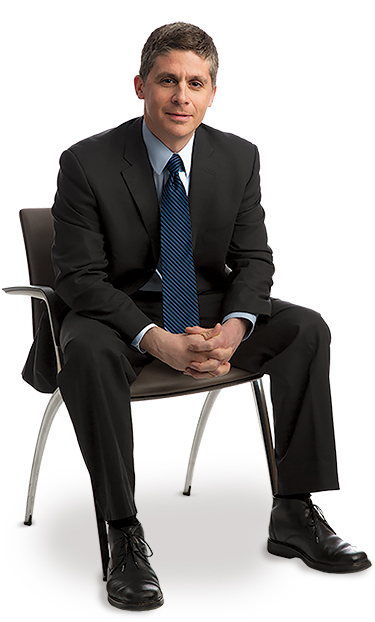 As audacious as it sounds, the New York City attorney filed a personal injury suit against the Republic of Turkey for its involvement in an attack on a peaceful protest in a Washington, D.C., park in 2017 that left 20 people with injuries ranging from concussions and emotional distress to head wounds and seizures.

The incident occurred when protestors used a visit of Turkish President Recep Tyyip Erdogan to speak out against the country’s treatment of its Kurdish minority. According to the suit, the group of 15 were demonstrating on Sheridan Square in Washington, D.C., across the street from the Turkish Mission Chief’s home when employees of the embassy and others twice broke through a police cordon and attacked the protestors, punching them, pushing them and kicking them after they fell.

Video of the attack quickly went viral, showing up on national and international news broadcasts. The jerky footage shows a group of plain-clothes security personnel rushing the small group and repeatedly hitting the unarmed civilians, many of them American. Instead of retreating when police pull the attackers away from individual victims, they can be seen moving on to others and resuming their attacks.

“It was just emotionally and visually horrifying,” Colangelo-Bryan recalls.

Although he was disgusted by the video, he didn’t seek to be involved in the case. But a year later, human rights advocates came calling, looking for someone to take the case.

“I remembered seeing the arrogance with which the attackers not only assaulted people, but utterly disregarded U.S. law-enforcement officers. I thought this is exactly the kind of the thing there needs to be a lawsuit about,” he recalls.

Colangelo-Bryan wasn’t always so focused on human rights. He might have been interested in righting wrongs when he attended the UW, but he thought employment law was the way to go. All that changed when he volunteered for a humanitarian aid group in Kosovo between the time he took the bar exam and started working at Preston Gates & Ellis. He found the situation in the Balkan Peninsula country as it emerged from war so compelling that he returned to Europe a year later to work with the United Nations on criminal-justice issues ranging from prisoner transfers and cross-boundary concerns to war crimes and human trafficking.

“It sparked a passion for international human rights law,” he says.

In 2002, he joined Dorsey & Whitney LLP in New York City, and he has been focusing on white-collar criminal defense cases. He added a wrinkle to his practice in 2004 when he proposed having the firm represent six Bahrainis who had been sent to Guantanamo on the basis of what he felt was weak evidence. He eventually secured their release in 2007, but it required so much effort on his part that the firm gave him the freedom to spend as much time as he needed on the case.

“There’s nothing better than taking a case for the sole reason that it’s the right thing to do.”

The arrangement stuck and has allowed him to create an ongoing pro bono practice focusing on human rights and civil rights matters. He still handles commercial litigation, but has the leeway to handle more pro bono cases than most typical attorneys.

In the years since, he went up against the New York City Police Department for using excessive force on school children and represented a Sing Sing Prison inmate who was assaulted by a guard who wouldn’t let the prisoner into the facility’s law library. “There’s nothing better than taking a case for the sole reason that it’s the right thing to do,” he says.

Colangelo-Bryan often uses what he calls his “anger test” to determine which cases he’ll take on. If the way a powerless person is being treated makes him angry, it’s a good fit.

The Turkey suit is a good example.

If the legal filings are any indication, the video from the incident only shows part of the story. Security guards also chased a fleeing woman, pulled her out of a car, hurled profanity-filled threats at demonstrators and left a swath of injured and traumatized victims in their wake. One woman suffered seizures after being hit in the head with a flagpole, while others sustained injuries ranging from leg wounds to head wounds and concussions. All were still suffering from emotional distress more than a year later. The group’s suit asks for a jury trial and unspecified damages to cover the cost of ongoing treatment and compensation for their suffering.

The suit lists 25 defendants including three Canadians, two U.S. citizens and 20 unnamed employees of the Turkish Embassy, most of whom have since left the country. While they may be immune from prosecution for the assault, battery, false imprisonment, intentional infliction of emotional distress and hate crimes mentioned in court documents, they do not have immunity from a civil suit for the injuries that were caused by what Colangelo-Bryan called “Turkish agents acting within the scope of their duties.”

Almost three years after the incident, the victims are still waiting for their day in court due to ongoing legal wrangling over the most basic issues. When Colangelo-Bryan tried to serve Turkish officials with court papers, they pretended it had not been done properly until a U.S. embassy representative completed the task. Then, the country tried to get the case dismissed on the grounds of sovereign immunity.

“What Turkey argued was that it has immunity from this kind of proceeding because its security agents were protecting President Erdogan from a potential hand-gun, IED or chemical weapons attack,” Colangelo-Bryan says. Since security personnel were acting in their official capacity, Turkey further claimed there was no limit to what actions they could take other than international law prohibiting genocide or slavery.

Video of the incident undercuts their claims, Colangelo-Bryan says, adding, “If you think there might be a hand gun, you don’t go and kick [a protestor] five times and leave them on the ground. You at least pat them down to see if there might be a weapon.”

The Erdogan regime also tried to politicize the case by claiming the victims were supporters of terrorist organizations within Turkey. “The court rejected those arguments and in essence rejected Turkey’s attempts to bring these foreign policy issues into our case, which is about a beating that happened on U.S. soil,” he says.

Although Turkey has the right to appeal, which could further delay the case, Colangelo-Bryan still likes his chances.

“I continue to believe that we have the law and the facts on our side as the district court has found that no reasonable person would want what Turkey did to be perfectly legal in the United States,” he says, adding, “I think we have a terrific case on the merits. Anyone who watches two minutes of those videos will understand exactly who was right and who was wrong and what the case was all about.”

Even if he doesn’t win, he knows there will be another human rights case waiting. There always is.

“I have found those situations in many ways to be the most compelling because the problems are so clear,” he says. “The victims have such incredible wrong that’s been done to them and to be able to move the needle back in the right direction feels like one of the best things you can do with your life.

“I have a fairly dim view of the world to begin with. But I find that it’s much less frustrating if you are engaged in a struggle and try to help people deal with what’s going on as opposed to not being engaged at all.”

David Volk is a freelance writer for University of Washington Magazine.