The UW women’s soccer coach steps away after 26 years. 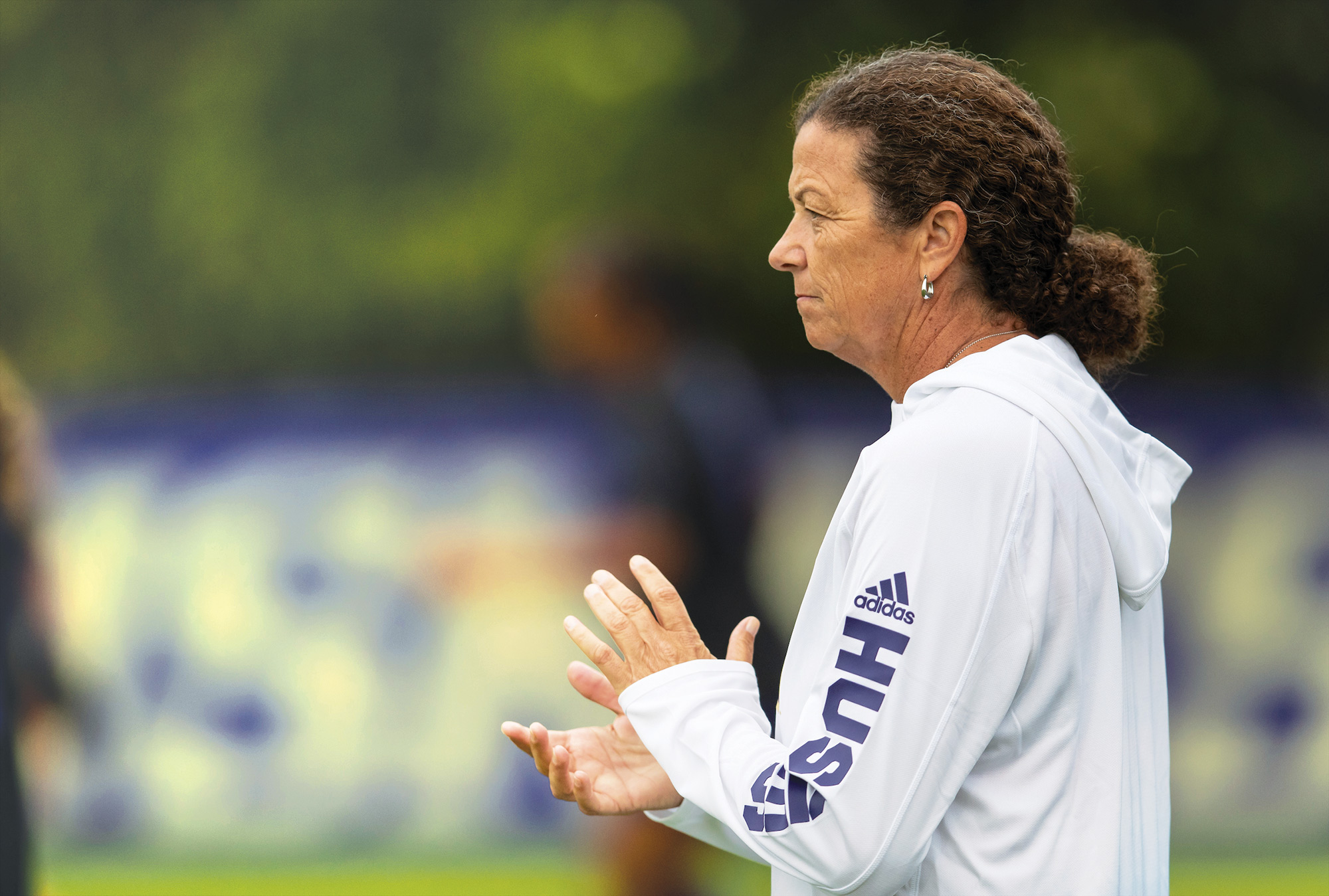 Sadly, UW women’s soccer coach Lesle Gallimore is retiring after 26 years, the longest run for a coach in the Pac-12. “It’s obviously been the biggest joy of my life,” she says. “We have invested our heart and soul in this place, so it’s going to be difficult to leave.”

After a stellar career as a player at Cal, where she was a four-time All-American defender, and coaching at San Diego State for a few years, Gallimore came here in 1994. She went on to take the Huskies to 14 NCAA tournaments. She also led them to the Elite Eight in 2004 and 2010, which she says are some of her best moments coaching the team.

“Obviously, winning the Pac-10 for the first time in 2000 was awesome,” she says. “Our two Elite Eight runs were great. We knocked off No. 1 Portland one of the years we went to the Elite Eight. … And even the heartbreak of twice being one game away from getting to the College Cup is something where you get that feeling where you just want to get back there.”

While Gallimore, 55, will be leaving the UW, she won’t be officially “retiring.” She has other career ideas but isn’t certain what she will do yet. “I don’t feel fearful or stressed or worried about deciding what it is quite yet. But whatever it is, I plan to have fun and do something where I can have an impact and continue to grow as a person,” she says. “Every other day I look forward to it, and every other day I get really sad about thinking about this coming to an end. But it’s all good.”