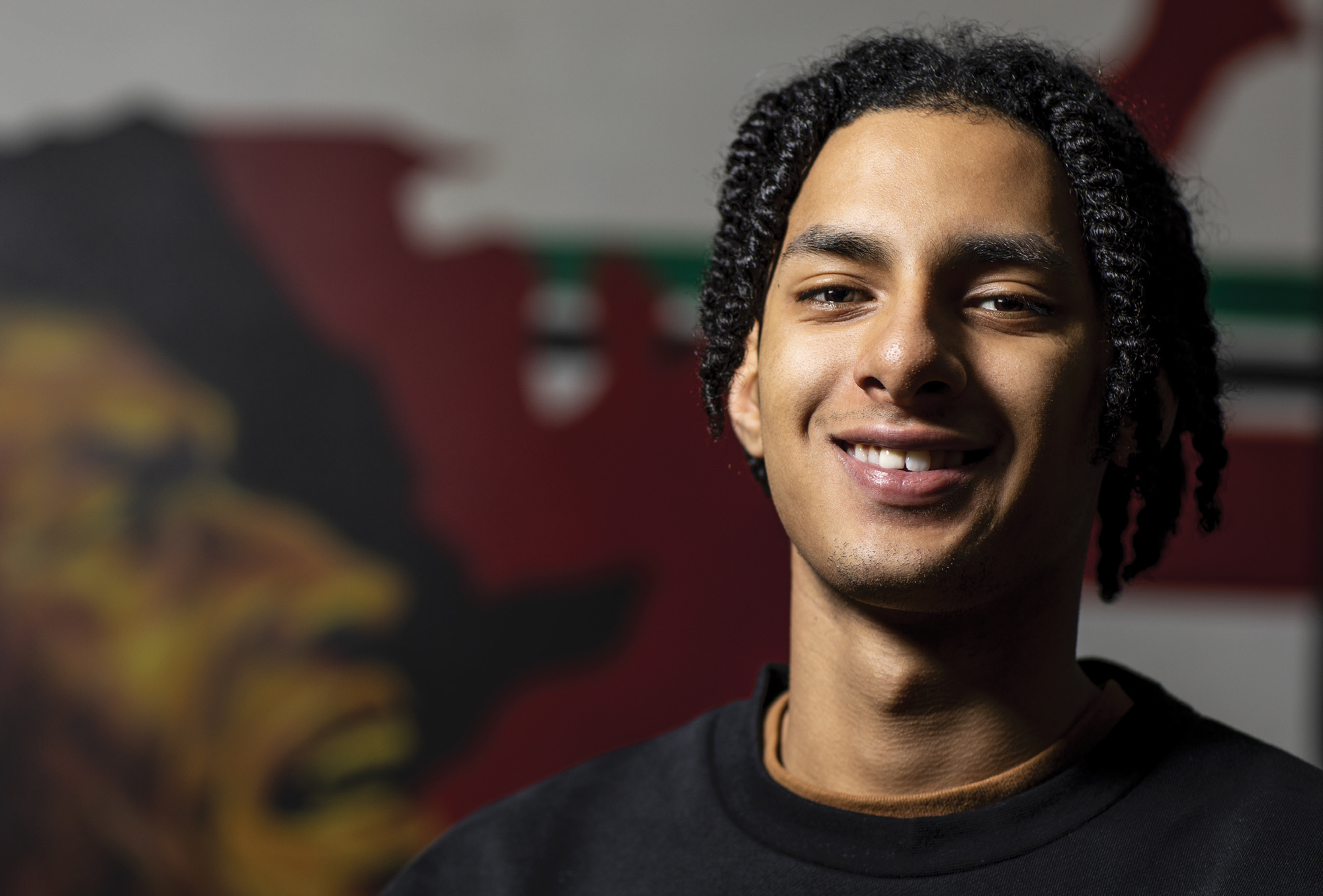 Like every college freshman in fall 2019, Noah Stanigar had a first year that did not go as planned. The Jamaican-born, Las Vegas–raised undergrad says he had no idea what to expect from the University of Washington. But things started to derail even before a pandemic forced classes online.

“My first quarter was hard,” Stanigar, ’23, remembers. “That transition, moving from Las Vegas and getting acclimated to Washington, classes and the environment—it was a lot to handle at first. Then, seeing barely anyone that looks like you, it sometimes drags you down emotionally. That was before I found a community.”

Stanigar’s college career could have ended as many do—economic struggles and other systemic barriers lead to Black men having the lowest graduation rates of any demographic group, a full 20% lower than white men. Instead, he found the UW Brotherhood Initiative (BI), a growing program aligned with the UW’s Race & Equity Initiative. Designed to provide a more inclusive learning community for men of color on campus, the Brotherhood Initiative offers cohort-based seminars and one-on-one mentorship.

With the BI’s support, Stanigar’s hard work, quiet confidence and earnest commitment to making a difference have served him well. The senior is now a double major in business (marketing and information systems) with Foster School honors. He’s a mentor through Young Executives of Color and a Mary Gates Leadership Scholar. And he’s deeply invested in giving back to the organization to which he attributes his success.

Dr. Joe Lott started teaching at the UW in 2007. But it wasn’t until an unarmed Trayvon Martin was shot in Florida—as Lott pondered the lives of his own young sons and a career ahead of him in academia—that he kept returning to this question: “What can we imagine as a better learning space for young men of color?”

“I just thought, before I have an unfortunate accident with the police, let me write down everything I can for my boys— a conceptual road map to navigate life,” Lott says. He built the Brotherhood Initiative with a team of doctoral and post-doctoral students; it launched in 2016 with an inaugural cohort of about 30 men from underrepresented communities of color. The goal was to advance the lives of young men at the UW and illuminate both the obstacles and pathways to success. They gathered weekly to build community and create a safe space to learn about navigating the university and life in general, while creating a resource network and finding enrichment from academic, civic and leadership opportunities.

Now the Initiative is welcoming its sixth cohort—doubled in size to 60 students, selected based on applications and interviews.

By collecting quantitative and qualitative information, BI researchers are not only tracking how students are doing academically and outside of class—they’re aiming to improve curriculum, programs and services, making the BI even more effective with each new cohort.

So far, it’s working: The BI’s five-year graduation rate is currently 82%, virtually identical to that of male students not from underrepresented communities.

Put simply, Lott says, they refuse to let anyone fail. “When people are struggling, trying to leave, we will absolutely call their mothers,” he says. “These young men are in an environment that wasn’t created for them. So we decode the environment and help them see the pathways to success based on who they are and who they want to be.” 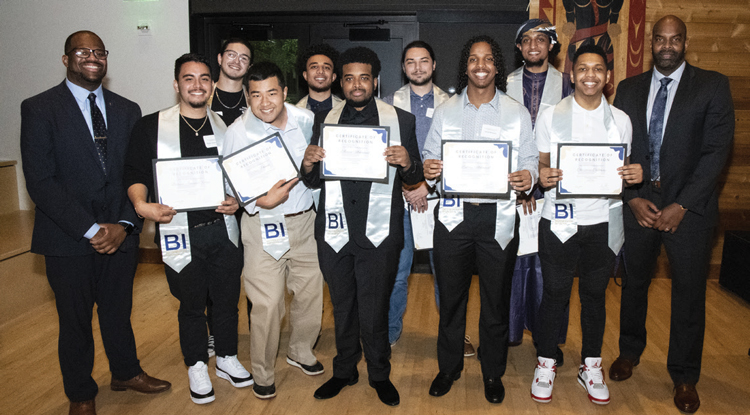 To Stanigar, the heart of the program is Paul Metellus, the BI’s student success coordinator. He’s the pipeline to resources, the one writing the newsletters, an advocate, adviser, mentor, friend—he’s “the dude who’s carrying it on his back,”  says Stanigar.

Metellus builds rapport from the start by giving every new BI student his cell number. “If they have a good relationship with me and really trust me,” he says, “it makes it easier to come to me when they’re stressed.”

That stress is real: Black men are more likely to be juggling full-time employment with classes, to be the first in their family to attend college, and to have no cushion of generational wealth. Metellus works with the students to overcome any obstacle—big or small—to reaching graduation.

“If there are life issues going on, that’s definitely impacting them academically,” he says. Same for financial troubles. He cultivates connections all over campus so he can send students to not only the appropriate department but to a friendly face there. “I always say, ‘Take a deep breath, we’ll get through this together.’”

Metellus was integral in helping Stanigar get through that first year. “It was my first midterm that got me,” Stanigar says, describing a bad grade he received after inadvertently skipping a page of the exam. Then a discussion with an academic adviser left him feeling even more worried—“like all was lost.” Metellus helped him “become levelheaded and realize everything was not going to fall apart,” he recalls. “Learning that I was able to make mistakes in college really boosted my morale.”

This fall, the Sisterhood Initiative welcomes its first cohort of women of color. The program, led by Dr. Rashida Love, had originally planned to accept 30 students. Love got 63 applications. “I made the decision pretty soon that I wasn’t going to cut people,” Love says, with a smile despite having willingly doubled her workload. “I can’t hear about what the Sisterhood Initiative would mean to them and then say, ‘No, so sorry.’”

Though women of color graduate at slightly higher rates than their male counterparts, Love is quick to point out that higher education wasn’t built to include any Black or Indigenous people. (The majority of U.S. colleges and universities were designed to educate affluent white men; it wasn’t until the mid-20th century that legislation finally opened  up large-scale access for Black and Indigenous men and women.) Love had just finished her dissertation—on the experiences of Black women multicultural directors at predominantly white institutions—when she learned the UW was hiring to build out this program. It was a perfect match.

Love has helped build the Sisterhood Initiative “to create a campus space for women of color to feel seen and heard, where they can stand in their authenticity in every space,” she says. “The goal is not to try to mimic the experience of white students but to create, to think about: What does leadership look like for us? Why can’t that be more powerful than the model that’s out there?”