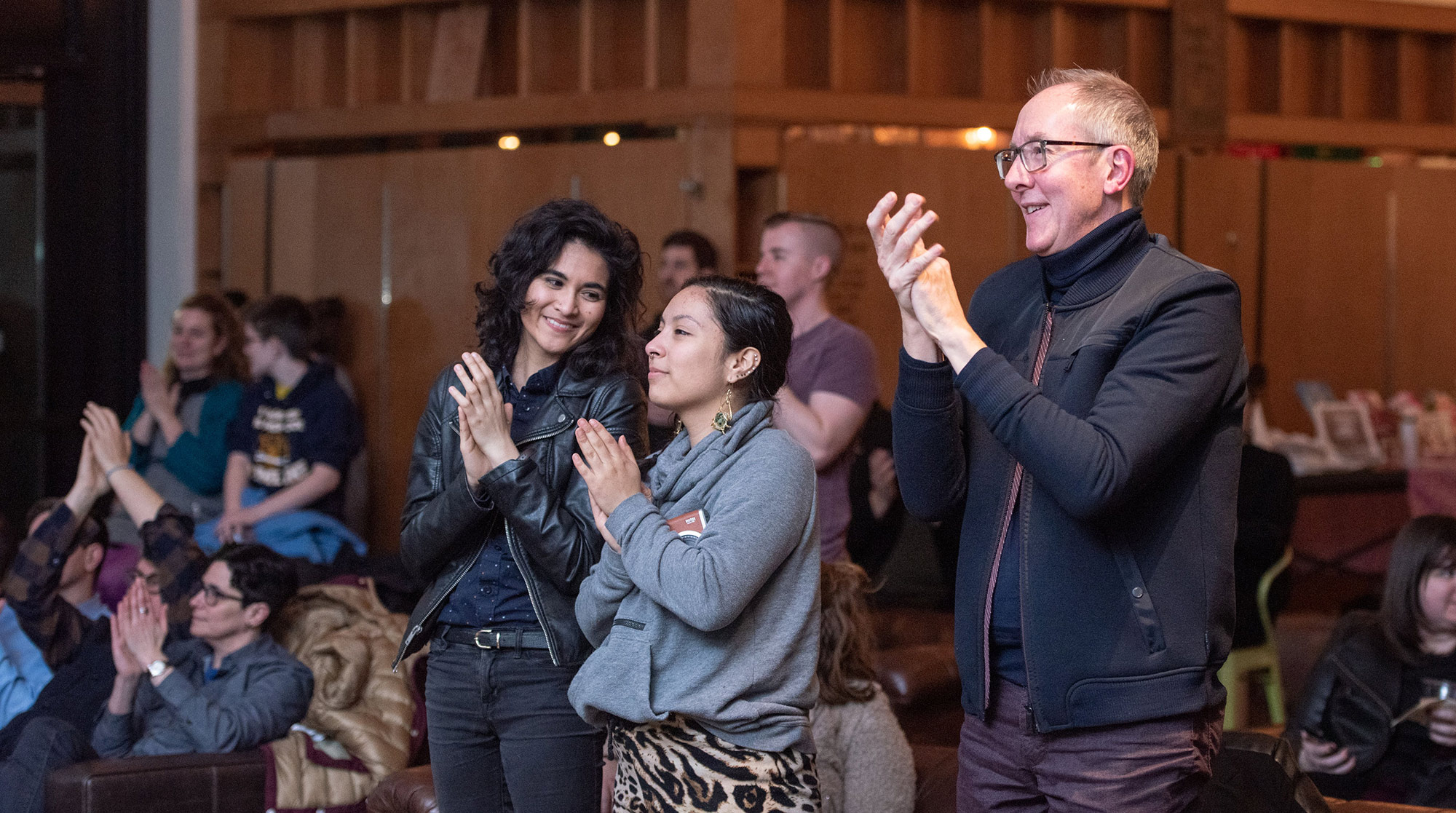 As the UW’s Q Center wraps up its 15th year on campus, the resource continues to evolve and grow. It now serves 500 visitors per month.

The idea for the center arose two decades ago when a student led the charge to create a safe community for queer and trans students. By the time he was elected president of the ASUW in 1999, Ryan Biava already had a hand in establishing a student chapter of the ACLU and in persuading the Board of Regents to include same-sex partners and families in student housing and health insurance.

As student body president, he appealed directly to UW President Richard McCormick to take action so queer students could feel safer on campus. McCormick gathered a task force to evaluate queer students’ perceptions of their well-being at the UW. The results affirmed what Biava was saying. The need was clear.

Six years later, Jen Self, then a graduate student in social work and social welfare who was on her way to being a licensed counselor, was hired as founding director of a new resource called the Q Center.

The same year, Jaimée Marsh, a freshman from Spokane, walked into the new center and found a place to make friends and build community, a place that quickly evolved to be a resource for issues like housing, health care and social support.

As Marsh matured, so did her vision of what the Q Center could be. It became a place where she could imagine what a better world would look like, a space of liberation. “I was growing and imagining what a world free from oppression would be like,” Marsh says.

In the past 15 years, with a break for graduate school in Michigan, Marsh has seen the center adapt as the needs of students evolved. Today, in addition to providing counseling and basic resources, the center fosters healing through self-expression. What remains the same, however, is the students’ opinions and passion. “We are always going to center the students’ voice and the students’ power in this. What that means is that every year, we will be different,” says Marsh, now the center’s associate director.

Several Q Center events have become annual traditions. Lavender Graduation celebrates queer and trans students and allies as they complete their degrees. The Lavish Showcase highlights the creative work of people from the queer, trans and people-of-color communities.

Each fall, the center hosts a welcome luncheon for new members. Self can still see the roomful of anxious faces at the first luncheon in 2005.  “I remember how afraid they looked. And how alone they looked,” she says.

Manisha Jha is an undergraduate studying global health and diplomacy.