Virginia Bloedel Wright (1929-2020) brought the Broken Obelisk to the UW and funded countless shows at the Henry Art Gallery. 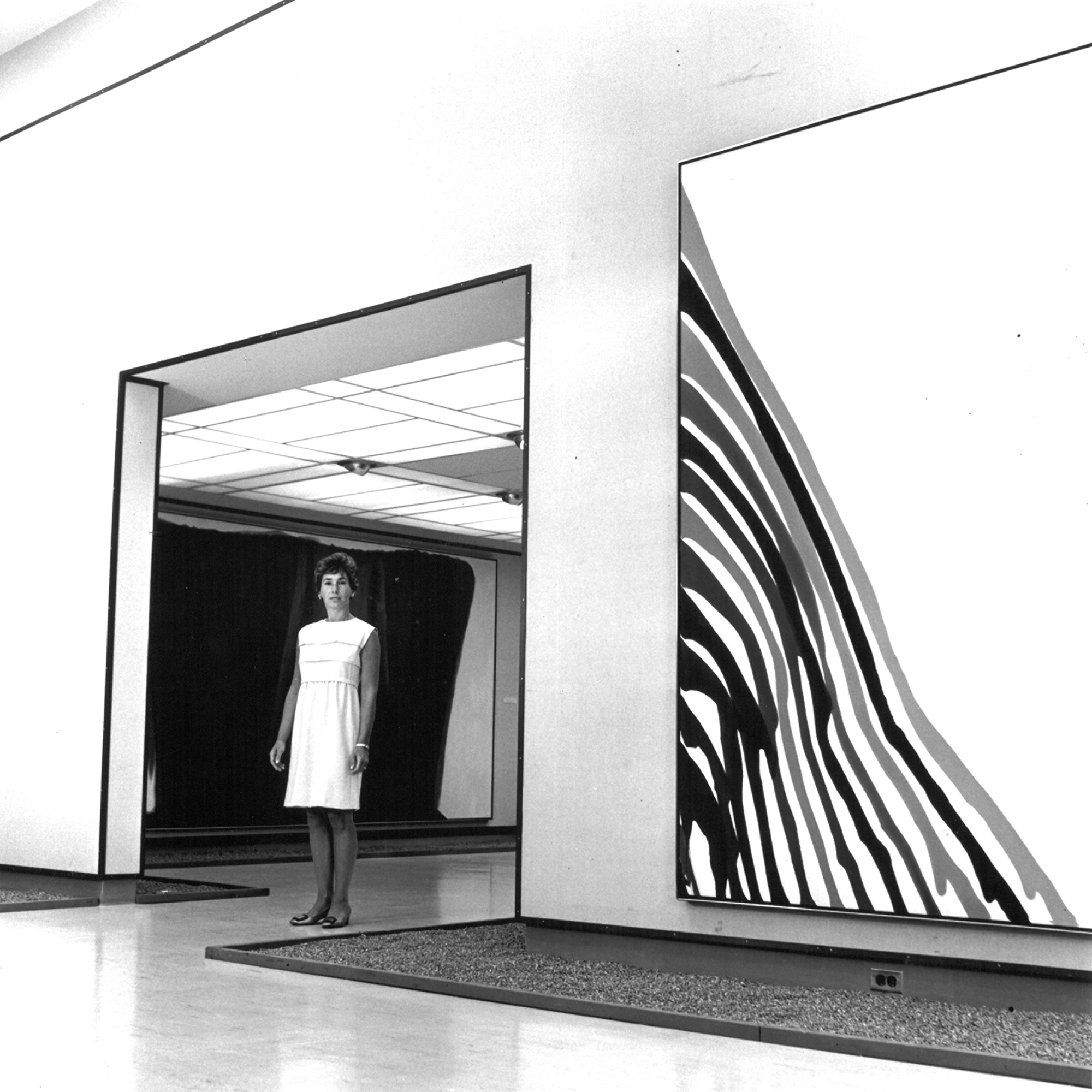 Considered one of the top art collectors in America, Virginia Bloedel Wright amassed an unparalleled archive of 20th-century art alongside her husband, Bagley. Thanks to their generosity and vision, these works will stay in Seattle—and at the UW—for the long haul.

Wright, who was born in Seattle in 1929 and died Feb. 18 of Hodgkin lymphoma, came from a timber empire and grew up drawing and painting in Vancouver, B.C. After a spell at the University of British Columbia, she went east to study at Barnard, the tightknit women’s college in Manhattan. It was there that she learned about a new kind of art.

“I loved the Renaissance, and I did not like contemporary art,” Wright recalled in 2014. But a friend persuaded her to study under Meyer Schapiro, an inventive art historian of the day, and that changed everything. “The minute that I took those classes,” she said, “I was a total convert.”

After college, she took a job at a New York art gallery and met future husband Bagley Wright (who died in 2011). As abstract expressionism rippled through the postwar art world, painters sought to convey emotion with bold, colorful works that could appear as chaotic or confusing at first glance. Wright, who understood this new wave before the general public, purchased a canvas by Mark Rothko for $1,000. (Rothko’s “multiform” paintings, which are lined with horizontal blocks of cloudy color, now sell for millions.) 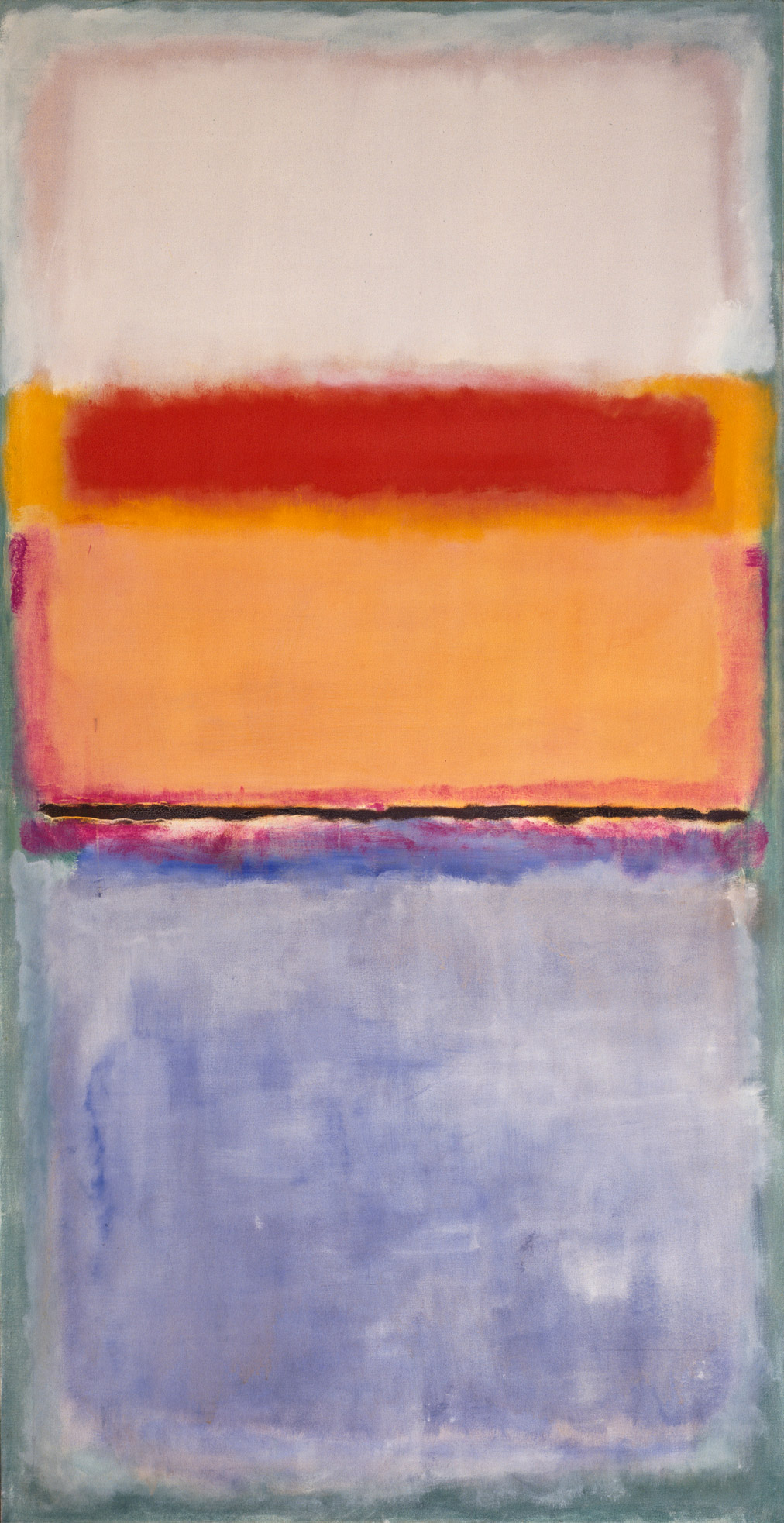 “#10” by Mark Rothko, purchased by Virginia Wright in 1951. Read more about it at the SAM website.

Wright eventually donated the piece to the Seattle Art Museum, and that wasn’t all: Over the following decades, SAM would also receive gifts by towering figures of America’s modern art scene such as Robert Rauschenberg, Jasper Johns, Eva Hesse and Roy Lichtenstein.

As both a donor and a board member, Wright worked with the SAM for six decades, and as her life came to a close, she arranged to gift the museum the bulk of her collection—the largest gift the museum has ever received.

As for the UW, we have Wright to thank for the eye-catching Broken Obelisk in Red Square, which her foundation commissioned in 1971, along with countless contributions to the Henry Art Gallery, the Merrill Bloedel Hearing Research Center and the Department of Bioegineering. 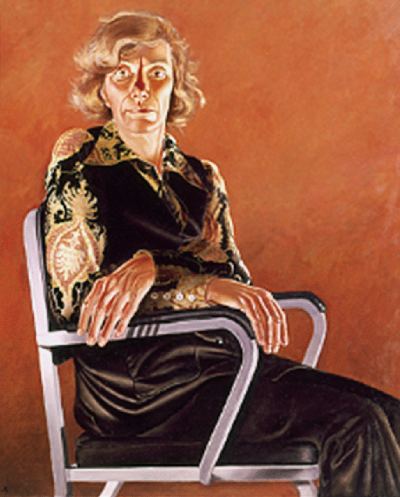 A 1974 oil painting of Virginia Wright Bloedel, by painter Alfred Leslie, at the Seattle Art Museum

Wright “was one of the rare collectors who formally studied art history,” wrote the website ARTnews.com. And indeed, it seems as if her authentic knowledge of the field informed how she collected and how conceived of that collection living on past her own enjoyment of it.

The Seattle Art Museum will honor Wright with its major fall exhibit, “City of Tomorrow: Jinny Wright and the Art that Shaped Seattle.” It runs Oct. 15, 2020-Jan. 10, 2021. Do yourself a favor and make time to appreciate some of the pieces she gifted the SAM. The more you look at a painting, Wright once said, the more you’ll see.