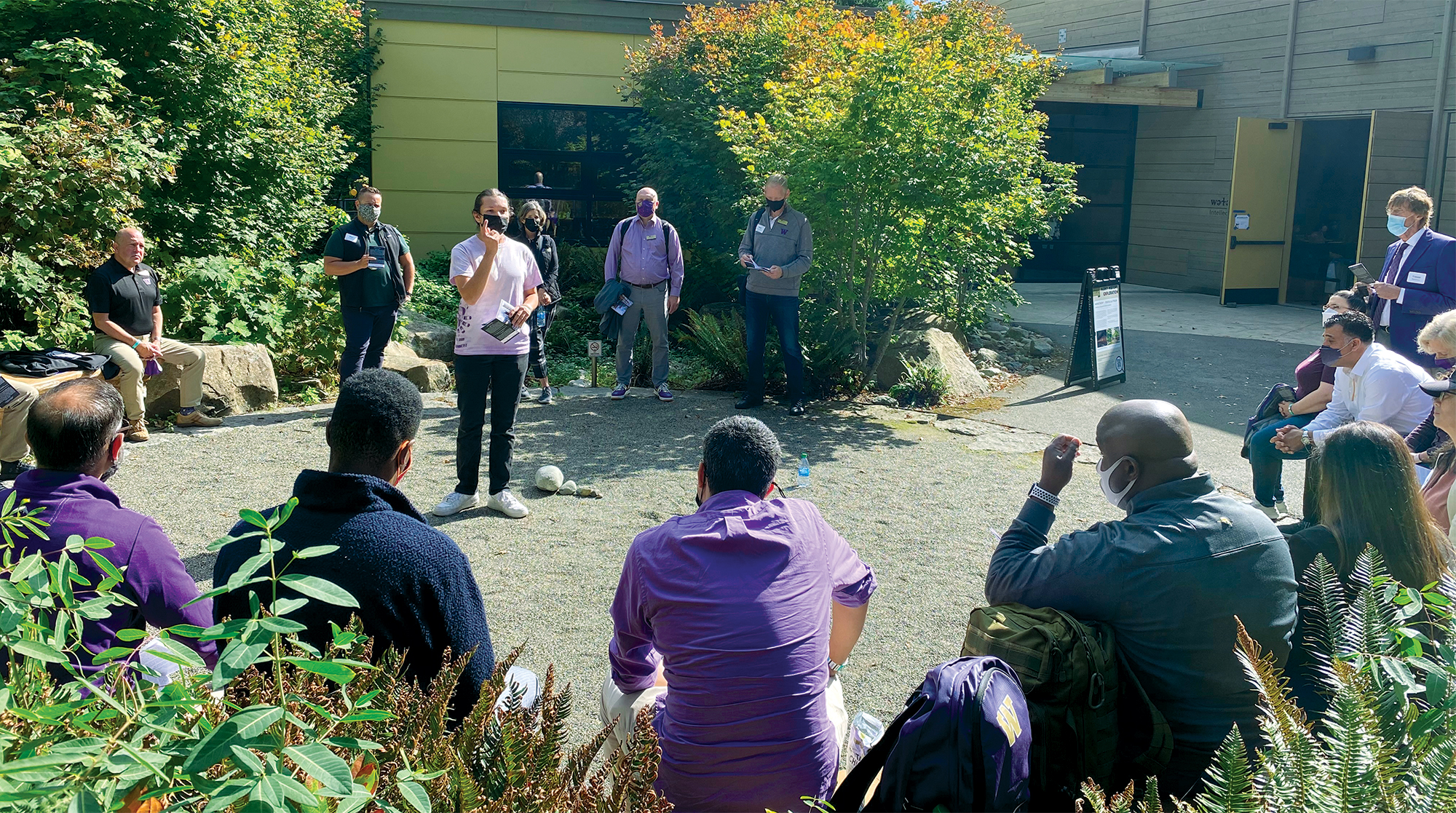 Some of Owen Oliver’s earliest memories of the UW involve coming to campus on Tuesdays and Thursdays with his father, Marvin, ’73, who was teaching classes in carving and Northwest coast Indigenous design. But his roots go back to his grandfather Emmett Oliver, ’47, who was director of the University's Indian student program and later founded the canoe journey, a tribal cultural event that brings together Indigenous people from across the Northwest and beyond.

Oliver, ’21, has developed many ways of seeing the UW, including some formed over his time as a student and as a member of the Indigenous community on campus. That is why he carved out time his senior year to create a walking tour of some key sites that are especially relevant to him and to the Native American experience.

His approach goes beyond what you would see in a standard, anonymous guidebook. Oliver weaves together personal memories with traditional stories and details. He highlights seven key locations on campus while illuminating their ties to the region. “Guests from the Great River,” for example, is an installation of paddle sculptures outside the Burke Museum. It refers to the Columbia River and represents the traditional greeting of a canoe from one Native community arriving on the shores of another. The stop on the walk also highlights the museum, which houses contemporary Native artwork and serves as a resource for the study of Native arts for students and scholars.

In creating the tour and deciding what spots to highlight, Oliver surveyed 100 Indigenous people on campus. The project was funded by the Husky Seed Fund and had support from the Center for American Indian and Indigenous Studies.

“I think the tour’s really for everybody, Indigenous people and non-Natives,” says Oliver. “It came out of a big love of writing and storytelling … and unearthing this relationship that has always been there with the land.”