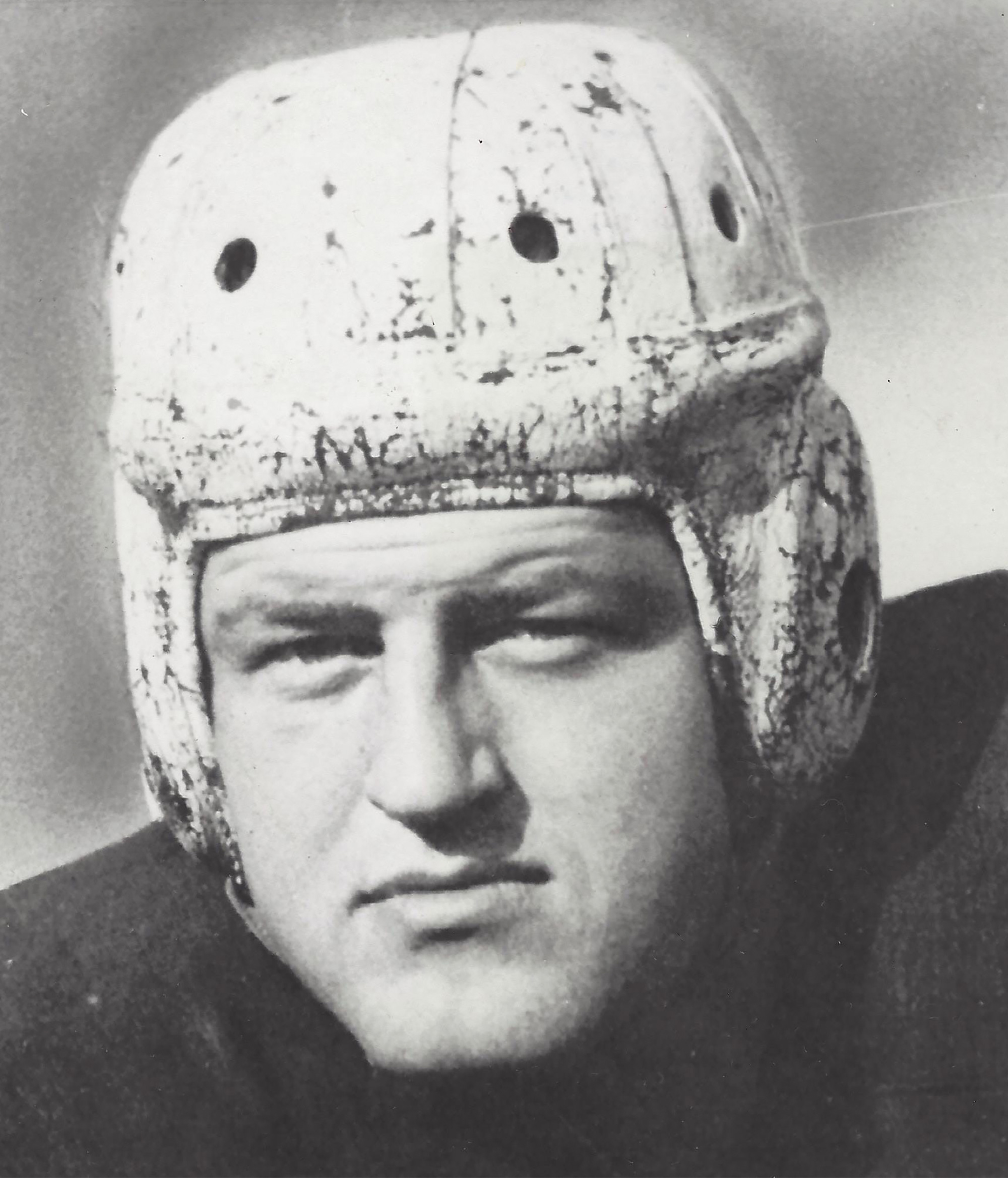 During World War II, James G. McCurdy was engaged in a rigorous naval science program at the University of Washington. His classes were so demanding that he decided to relinquish his starting spot on the Husky football team. He later reclaimed his spot, suiting up for the 1944 Rose Bowl against USC. The Trojans trounced UW, but McCurdy, an All-Pacific Coast guard, was presented with the Guy Flaherty Award as the team’s most inspirational player. He also received an even more impressive accolade: The Seattle Post-Intelligencer  named McCurdy its “Man of the Year.”

A Franklin High School graduate, McCurdy started college at Stanford but moved home to attend UW. He graduated in 1945, served in the Navy, and went to work in the family business for Puget Sound Bridge and Dredging Co. He worked his way to the top and oversaw construction of the Hood Canal Floating Bridge.

McCurdy and his wife, Betty Barclay McCurdy, ’49, were lifetime members of the UW Alumni Association, as well as steadfast supporters of higher ed. They donated to a wide range of UW departments and causes: the Burke Museum, athletics and the Carlson Leadership & Public Service Center, as well as programs in art, dentistry, law, business and social work.

The McCurdy family is especially known for its support of maritime research and the renowned Husky rowing program. One example is the family’s scholarship named for McCurdy’s younger brother, Thomas, a UW rower who died while on active duty in the Korean War. In 1957, the scholarship was given to a young man named Ron Crockett, ’62, who would go on to become a titan of engineering, sports and philanthropy. Crockett went to see McCurdy after being chosen for the life-changing honor. He says McCurdy’s words from that day stuck with him for decades, guiding him for the rest of his life: “He looked me in the eyes and said, ‘Whenever you get, give back.’”