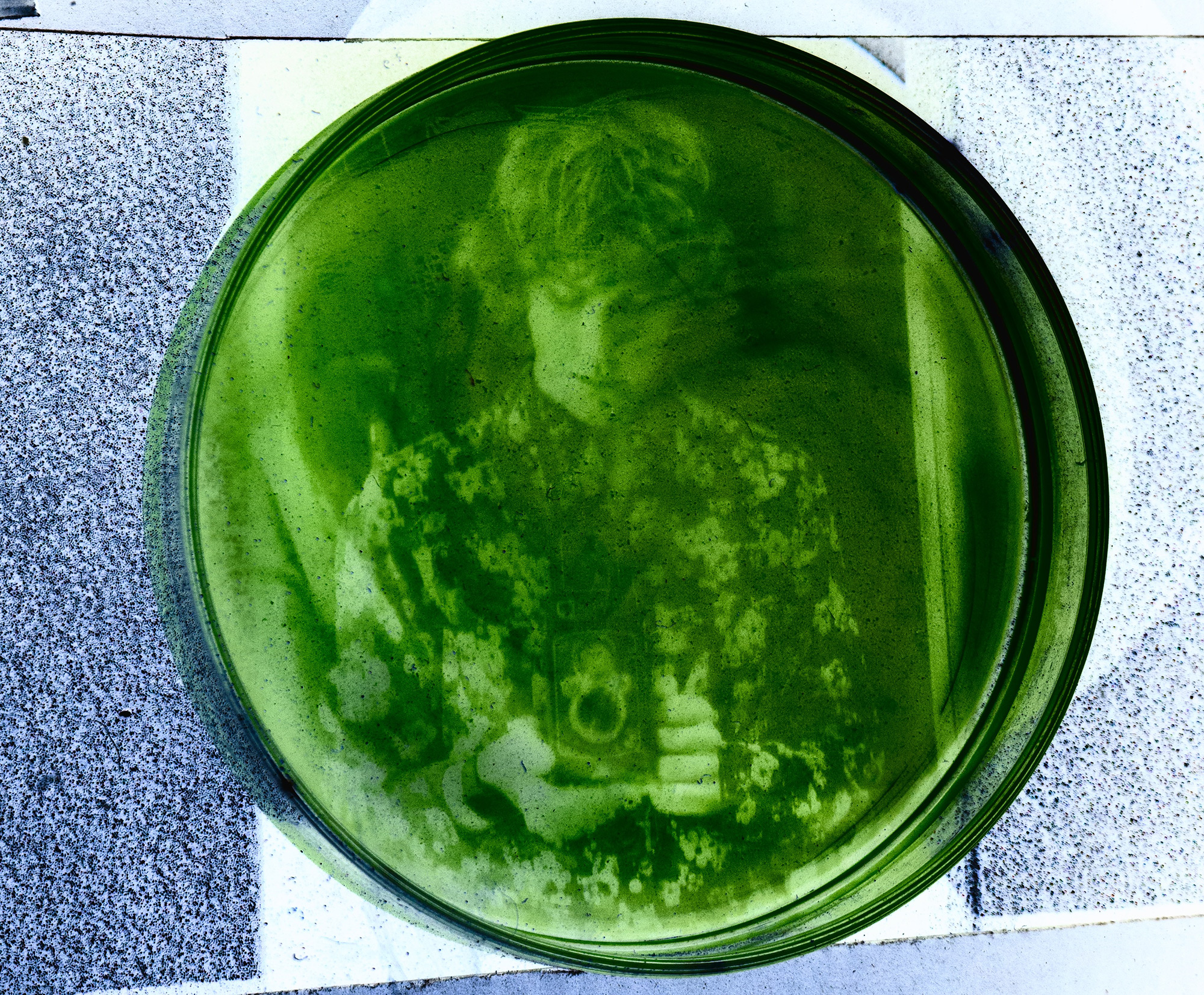 To most of us, algae is the green squishy stuff of the sea. But a UW neuroscience doctoral student found that algae has a creative side.

About a year ago, UW neuroscience researcher Russell Marx became interested in photography as a creative outlet to counter the rigors of graduate school. “I work in science right now, and I was looking for a place where I could apply science outside of being a graduate student,” they say. Marx looked at photos that photographers had projected onto leaves, and got the idea to grow some algae and project light onto it using an LED bulb and an enlarger. It takes about a week for the algae to grow enough for surprisingly sharp images to form.

Marx takes a petri dish and pours water with algae mixed in. “When it starts out, you can’t even see the algae,” he explains. “I like the idea of a picture that’s still alive in a state of animation. When it runs out of nutrients, it will stop growing.” Marx envisions putting a petri dish on a board and displaying the board on a wall, thus creating a living photographic exhibit.

Before Marx entered the doctoral program in neuroscience, they worked in the lab of Professor John Neumaier, ’89, ’90, ’93, at UW Medicine Harborview Medical Center. Neumaier is a professor of psychiatry and behavioral science. In his lab, Marx and Kevin Coffey, another researcher, developed a software program called DeepSqueak to analyze the 20 kinds of ultrasonic calls made by rats and mice. The program takes an audio signal and transforms it into an image or sonogram. The two young scientists took advantage of machine-vision algorithms developed for self-driving cars.

Ultimately, the research will be used to develop treatments for those addicted to alcohol or opioids. Just like their human counterparts, rodents make happy sounds when anticipating sugar as a reward for playing with their pals.