We asked three UW experts how we might use this time of challenge and change to plan for a better future. Here’s what they said.

As told to Delia Ward | Illustrations by Michael Morgenstern | September 2020 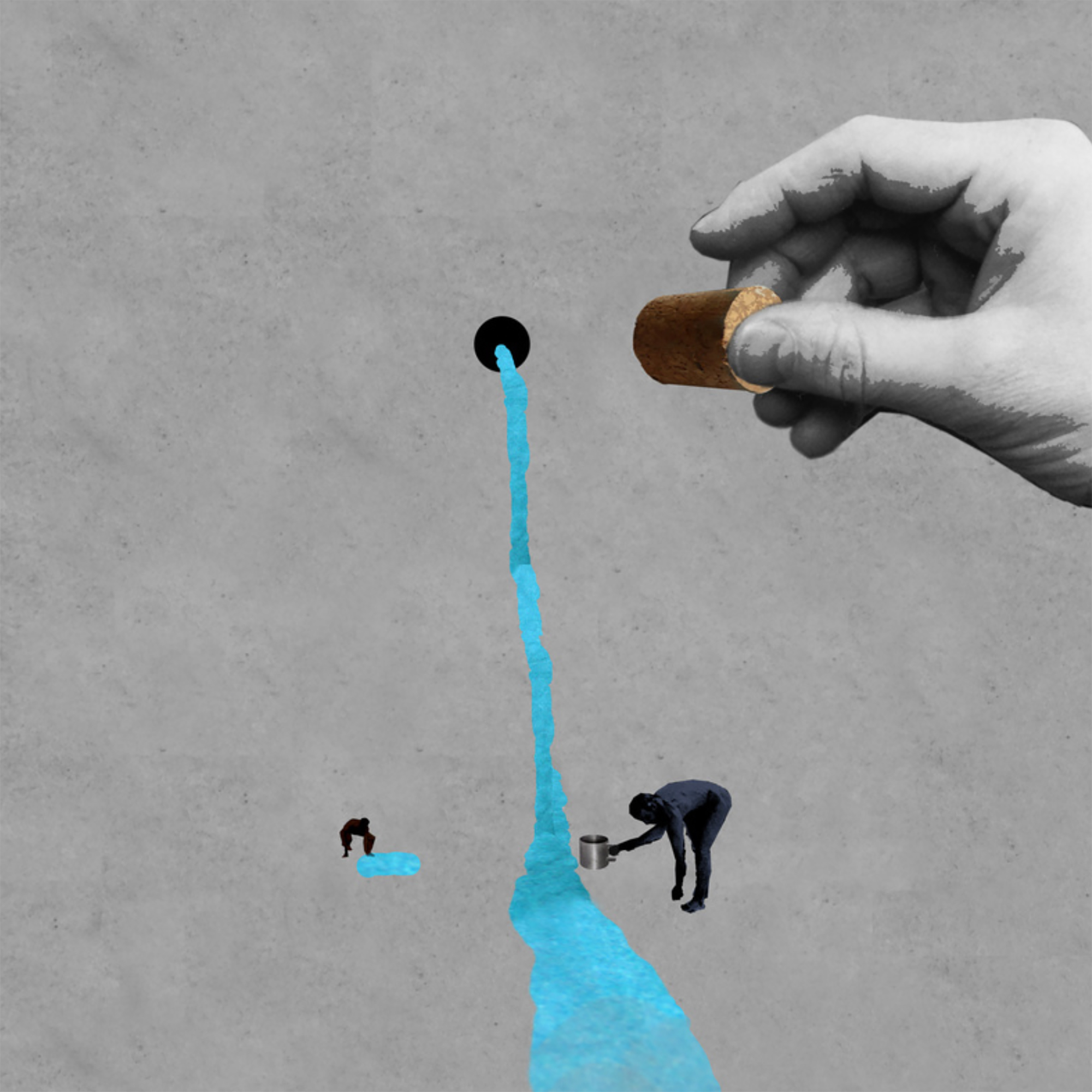 We can be prepared

“I feel strongly that having a health care system where anybody can access care—and get equal care—is the best path forward.”

Helen Chu, ’12, is a UW epidemiologist and an expert in infectious disease. She’s also a lab-coat-wearing hero. Chu and her colleagues at the Seattle Flu Study found one of the earliest cases of community-transmitted COVID-19 in the U.S., sounding a nationwide warning that likely saved thousands of lives.

I think we need to get better at identifying viruses with pandemic potential. The first sign of trouble is the type of virus, whether it’s respiratory or blood borne. Because they launch droplets through the air, respiratory viruses like the flu and the coronavirus are much more contagious than blood-borne contagion.

When you find both these signs—as we did with COVID-19—then you worry.

We also need to get much better at addressing viruses. A lack of testing was the major barrier in controlling the pandemic early on. The regulatory issues that continue to plague the testing environment are part of the reason the U.S. is behind in managing the spread of COVID-19.

It’s not enough to figure out this virus. We also need to prepare for the next one.

That said, I feel optimistic about a vaccine. There are a couple of promising candidates in development that are now heading into phase 3 testing. I think the choice of antigens—the piece of the virus that they put into the vaccine to generate immune response—is the right one.

It’s not enough, though, to figure out this virus. We also need to prepare for the next one.

First, we should close down the wet markets in China and in other places where diseases at the human-animal interface emerge.

Then we should take on a much bigger problem: the American health-care system. It’s clear that systemic racism and the lack of universal health care—these terrible structures that have been in place in the U.S. for years—are what make pandemics take off.

I also have a third suggestion. The Seattle Flu Study—the early alert system that detected one of the first cases of COVID-19 community spread in the U.S.—should be replicated in cities around the world. These systems are expensive to set up. But they’re not expensive compared to the economic cost of containing a pandemic. 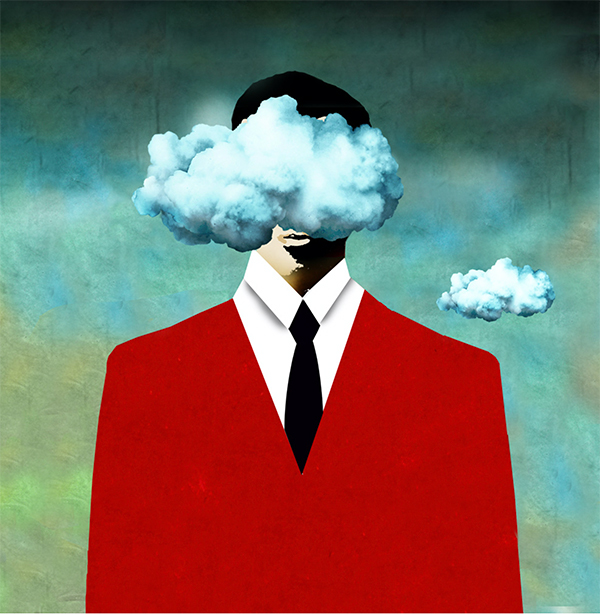 We must be accountable

“We need to get to the point where we see each other as brothers or sisters. You wouldn’t want to see a brother or sister in pain.”

When 17-year-old Trayvon Martin was murdered in February 2012, Associate Professor Joe Lott, the founder of the UW’s Brotherhood Initiative, did some hard thinking.

I’ve always been interested in equity, particularly racial justice. But I started intensely studying it and wanting to do more for men of color after the killing. I also thought about my own mortality, because I had two young sons. I wanted to provide a road map to life for them in case I had an unfortunate encounter with the police.

The Brotherhood Initiative is part of my road map. Young Black men and other students of color explore their identities, learn how to lead, and attend events and workshops. Just as important, it’s a way to make friends, to have some companionship at the University of Washington. It’s isolating when you’re in an environment where you don’t see people who look like you. When you have a community of people who share similar experiences, and who are there to support you and cheer you on, that makes a difference. It gives you confidence that you do belong at the UW.

We all know that people make assumptions about people of color, on campus and far beyond it. This kind of thinking, and the inequity and violence that travel with it, permeates our lives.

I want us to create a better world for my children and my students, one where Black people aren’t treated with disdain, or as subhuman.

For a little while, my wife and I were able to keep the news of George Floyd’s death away from our kids—and I was relieved. I didn’t want to talk to them about the police. When you’re 8 and 10 years old, you should be allowed, you know, to be boys.

But then they saw posters of Charleena Lyles and George Floyd, and it was hard for us to explain how things like that could happen. They were afraid, and for the next several days, they kept asking us if the police were going to hurt them. It was just a heartbreaking conversation to have with your kids.

I want us to create a better world for my children and my students, one where Black people aren’t treated with disdain, or as subhuman. To make that world, we need education, and we need love. We need leadership—people willing to challenge racist systems and policies.

Above all, we need accountability. Back in June, many UW leaders came out with statements supporting Black students and Black lives. We have to come back around and ask our leaders: “What have you done? What are you doing?” We need to hold them accountable. 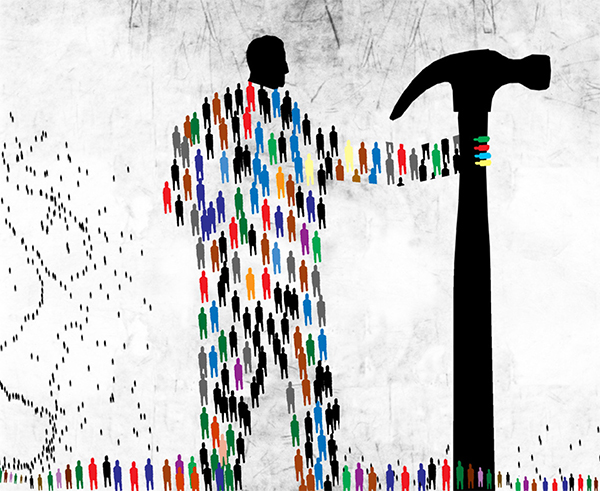 We need to be ready

“Polarization has always been with us; it isn’t this new thing that we’ve cooked up in the 21st century.”

History is a slow process, a series of gradual accretions. Except when it’s not. Over the past year, American society has endured an epidemic, grappled with inequality, and worried about the future. It’s a good time, says historian Margaret O’Mara, to think about what we want from our government.

Before speaking their piece, historians usually wait for the dust—or the tear gas—to settle. Still, like all of us, I’ve been thinking about racism and activism, about the government and the pandemic. We have a global-health disruption, an economic disruption and political disruption, and all of the anger and concern and energy people have for change is starting to become a path.  As we’re thinking about protests and paths, I’d suggest we also consider how we view big government. It’s worth noting that the U.S. has always had a big government; it just shifts its spending priorities. Between the middle of the 20th century and today, for instance, government priorities moved from supporting social services and infrastructure to underwriting security operations, the military and tax breaks.

Rather than resisting the concept of big government, then, we need to pay attention to it. What do we, as citizens, voters and taxpayers, want our government to do? Whom should it benefit?

Over the past few months, millions of citizens have been asking that question. Calls to halt racism and to defund police departments are the most recent examples, of course, but you could say that Americans were agitating for social and economic change four years ago: Just think about the wildly different candidacies of Donald Trump and Bernie Sanders.

Americans, in fact, have been agitating since the country’s founding, and while history doesn’t repeat itself, there are patterns that appear repeatedly. We do see comparable moments of disruption, unrest and rules-changing in the 1850s, 1920s and 1960s. Both the 1850s and the 1920s, for instance, saw viciously racist and nativist movements in response to upswings in new immigration.

Underneath the crises and protests, however, there are often quieter years of preparation. Decades of activism around government reform made the New Deal possible. Years of Black activism led to civil rights victories in the 1960s.

We’re in an unpredictable political moment. However, history shows us that—with publicity and broad-based buy-in—movements can create real change at the highest levels. And I know that, whatever the issue, Americans have a tradition of protest. We express ourselves collectively by going to the street. This is an indication of the strength of democracy, and it does move the needle.