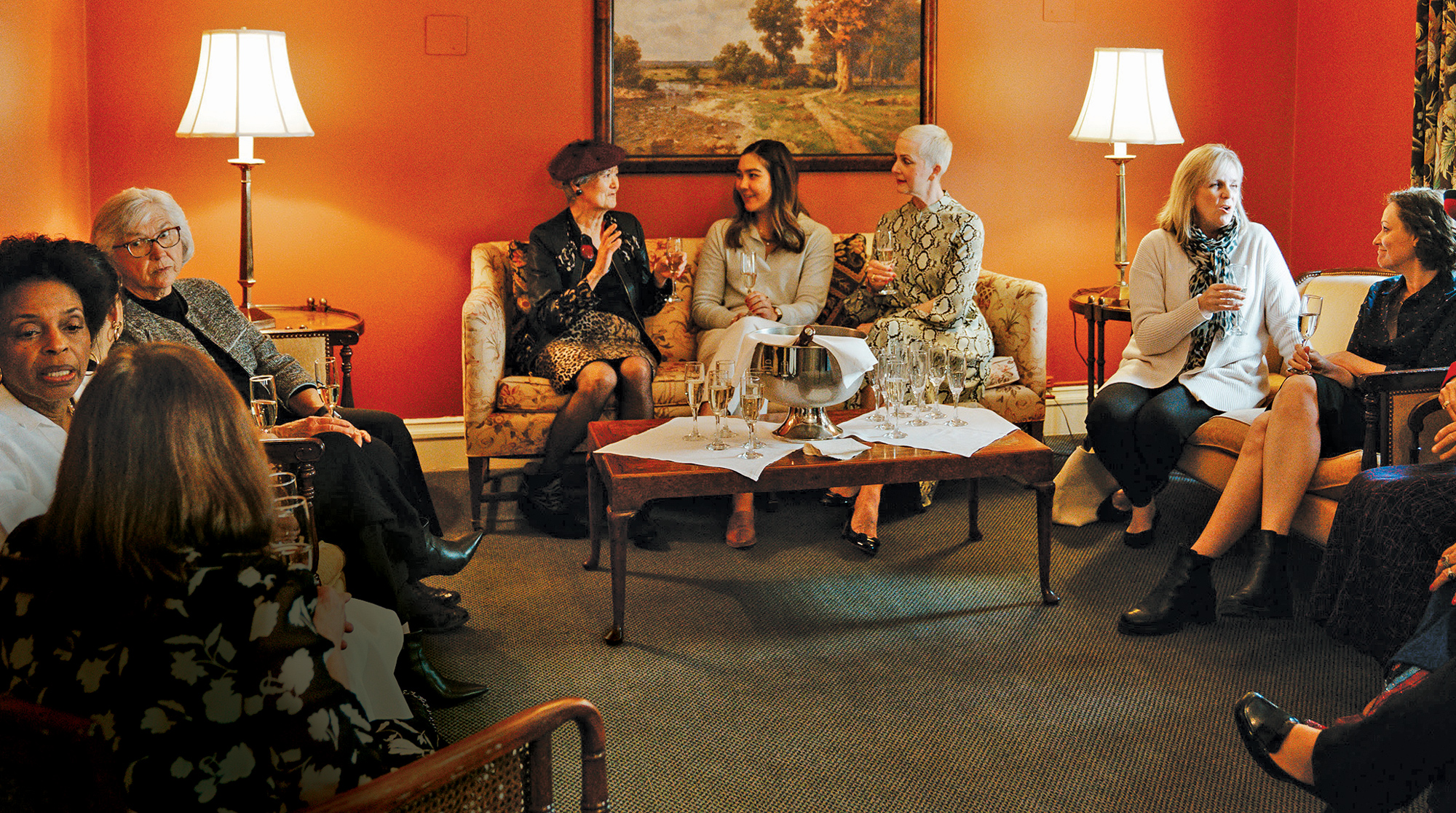 If you’ve lived in Seattle for any amount of time, chances are you’ve noticed the three-story red brick building on the corner of Sixth and Spring streets downtown. Built in 1922 and home to the Women’s University Club (a private women’s club that has been active in the region for more than a century), that building is celebrating its 100th birthday. Designed by two prominent turn-of-the-century architects and built in a Georgian Revival style, the clubhouse reflects the spirit and values of the women who meet within its walls.

“The club is full of accomplished women interested in lifelong learning in an elegant atmosphere,” says current president Loveday Conquest, emeritus professor and former associate director at the University of Washington’s School of Aquatic and Fishery Sciences and Quantitative Ecology and Resource Management. She has been a member of the Women’s University Club since 1988. “For many women, it’s a respite in the city. We offer traditional women’s club activities such as bridge, mahjong and art classes, but all of our events, lectures, and activities are member-driven—people are free to pursue their interests and share them with others. Community is important to us.”

Founded in 1914 under the leadership of its first president, Edith Backus, the Women’s University Club attracted service-minded, college-educated women with a passion for learning and launched with 276 charter members. “Given how few women were college-educated in the United States at the time, that number is staggering,” says club member Karen Lane. Lane researched and put together an informational booklet for the centennial celebration of the clubhouse along with fellow member Trish Early, Grant Hildebrand (professor emeritus in the Department of Architecture at the University of Washington’s College of Built Environments), and his wife, Miriam Sutermeister. (For many years, members needed a university degree to join, but that requirement no longer exists, and those with non-traditional, continuing education are welcome to apply). 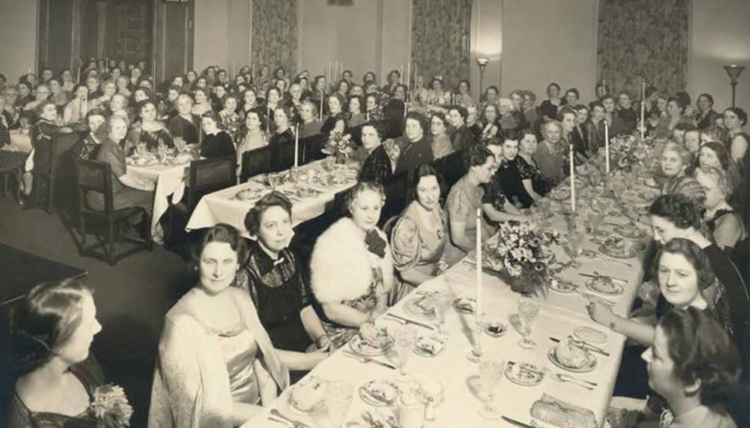 First Lady Eleanor Roosevelt addresses a well-attended 1939 dinner given in her honor by the club.

The Women’s University Club started in a small, one-story building at 1250 Fifth Ave. next to the all-male College Club. In 1920, both clubs faced eviction when the Metropolitan Building Co. announced plans to raze all the structures on the block to develop a hotel (which became the Olympic Hotel). Members decided to erect a new clubhouse from the ground up and engaged two local architects, Abraham Horace Albertson and Édouard Frère Champney. Both men had connections to the club—Champney’s mother was a member, as was Albertson’s wife, Clare. Albertson had already designed the original Fifth Avenue building.

“It was the only collaboration the two ever did,” Early says. “It was an unusual partnership, because their styles were very different.”

The new Women’s University Club headquarters officially opened on Dec. 9, 1922. The building’s exterior, which remains untouched since its completion, is classic Georgian Revival. From the front, the facade is proportionally balanced, with a centered entry and five bays of windows—all hallmarks of the architectural style. Its simple, elegant appearance is striking but not extravagant—a good match for the milieu of a club full of intrepid, visionary women looking to serve their community. The main floor is the heart of the space, with areas meant for socializing: a drawing room, the kitchen and dining room, the library and meeting rooms. The upper floors, originally short- and long-term rentals for women, are now flexible meeting and activity rooms and offices. The basement holds a ballroom and auditorium for large gatherings and special events.

The club’s charter members were resourceful; individuals, and groups within the club, each took up rooms to decorate (club members from the University of Washington furnished the drawing room). “These women braided all of the rugs for the boarding house and embroidered the napkins and linens for the dining room,” Lane notes. “Anything that could be crafted, they did the work.”

Over the next century, club members continued in the footsteps of their predecessors. The club has a nonprofit foundation that awards scholarships and is involved with numerous charities. Aside from the installation of an elevator—and an architectural addition made in the 1960s to accommodate a new kitchen and dining room—the structure hasn’t changed much since its opening.

“This building is vital to the club,” Early says. “On occasions, members have discussed whether to move or to stay … and we’re still here. It’s part of the legacy of the Women’s University Club and a strong representation of who we are.”