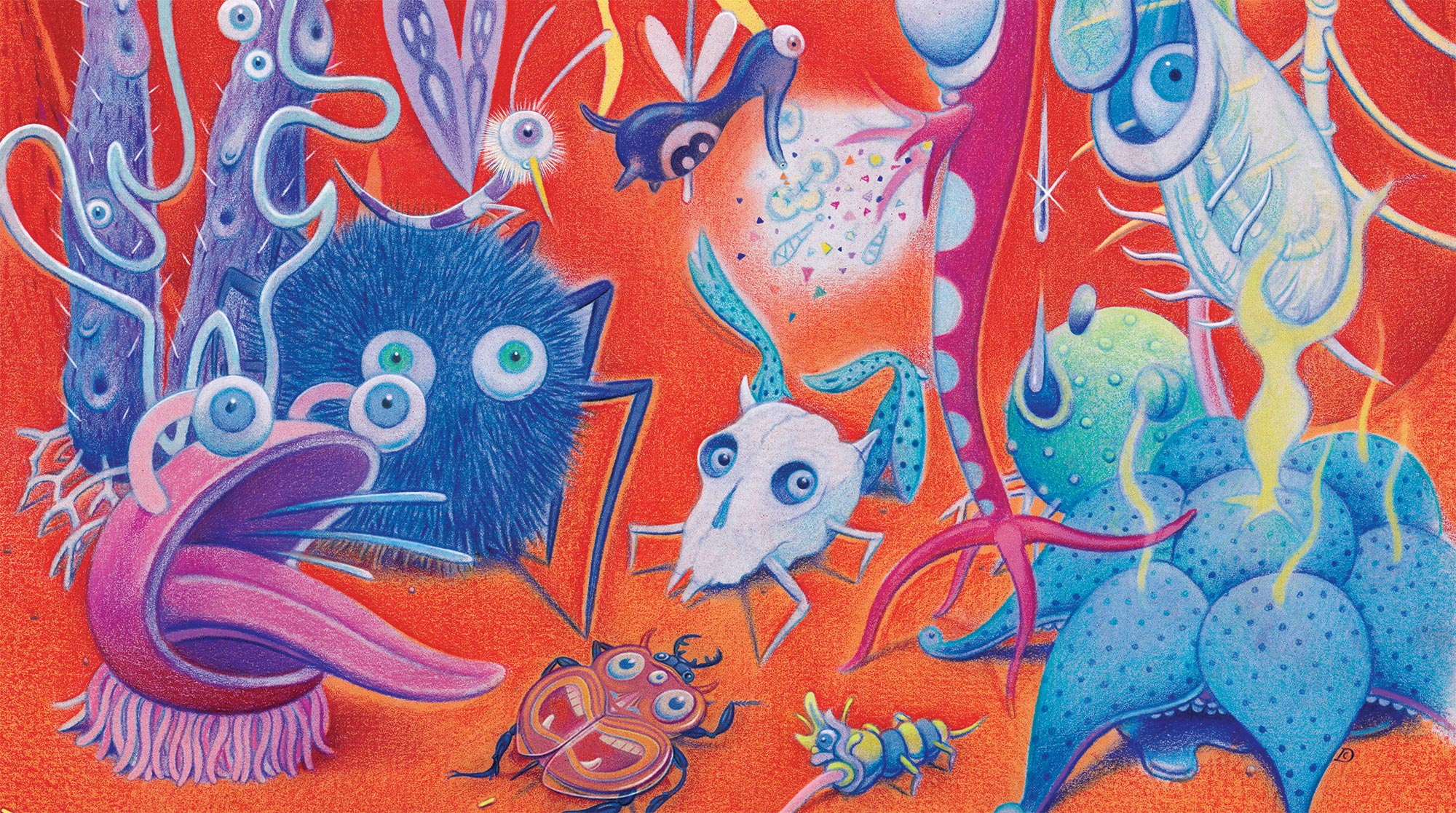 Eric Chudler, a UW neuroscientist, doesn’t think you should worry about the literal earth-shattering impact of a devastating asteroid. But a frisky Golden Retriever pulling too hard on the leash? That’s a problem worthy of immediate attention.

Not only are dogs more likely to injure or kill you than a giant space rock falling from the sky, but you can take steps to avoid the harm.

“What can you do about it?” is one of the key questions at the center of “Worried? Science Investigates Some of Life’s Most Common Concerns,” a new book co-authored by Chudler and Lise Johnson, a neural engineer at Rocky Vista University. Chudler and Johnson wrote another book called “Brain Bytes: Quick Answers to Quirky Questions About the Brain” in 2017.

“Worried?” explores anxiety-provoking topics ranging from food safety to mobile phones and bedbugs. It’s written as a popular, non-academic guide to life’s worries, free of scientific jargon. The cover features four of the emojis most often used to express stress and dread.

Chudler and Johnson are not experts on worry, anxiety or any of the topics in their book. They’re scientists who know how to collect, examine and weigh evidence and data. “We had no prior bias about any of these topics,” Chudler says. “Should you be worried about these topics? We didn’t know.”

All topics are ranked according to a “worry index,” which includes three factors: preventability, likelihood and consequence.

The book is organized around seven broad categories: food, medicine, environment, chemicals, animals, travel and miscellaneous (a section that includes toys made in China, pirates and an asteroid strike). Each potentially worrisome subtopic, including spiders, bears, asbestos and gluten, is covered with a two- to three-page chapter explaining its relative danger. All topics are ranked according to a “worry index,” which includes three factors: preventability, likelihood and consequence.

A summary graph in the conclusion makes clear which concerns should take precedence. Along one axis is “preventability;” the other is “likelihood.” Worries are represented within the graph by circles. The larger the circle, the greater the potential threat to life and limb. Worriers can expect the most return on their fretting for anything that lands in the upper-right-hand quadrant.

“If a big asteroid hits, it’s the end of human life,” Chudler says, pointing to the largest circle on the worry graph. “But if it lands in this quadrant where you can’t do anything about it and it’s very unlikely, it’s not worth your time.”

Dogs, on the other hand, feature prominently in the red-alert quadrant. Every year, more than 4.5 million people are bitten by dogs, and 800,000 of those bites result in trips to the hospital, according to “Worried?” Cases of bone fractures in elderly dog walkers who were pulled, tripped or knocked down by their pets more than doubled between 2004 and 2017, according to a recent study published in the peer-reviewed journal JAMA Surgery.

“Should you worry about dogs?” Chudler says. “The answer is ‘Yes!’”

Johnson, an admitted worrier, thinks a lot about how to keep chemicals out of her kids’ water and protect them from fire retardants in furniture. Doing research for the book helped focus her attention on other legitimate worries that can be readily addressed, like lead and alcohol, she says.

“Just stressing and wringing your hands is not productive. What’s more productive is figuring out what you can do.”

“Just stressing and wringing your hands is not productive,” Johnson says. Chronic stress can contribute to sleep problems, difficulty concentrating, high blood pressure and digestive issues. “What’s more productive is figuring out what you can do.”

Many concerns can be addressed with a set of simple steps: eating more vegetables, washing your hands, limiting processed foods, reducing dust at home, reading and following product instructions, and talking to your doctor. “There’s no magic formula,” Chudler says.

Almost 400 pages and 58 worries later, the most popular question Chudler and Johnson field from reporters, friends, colleagues and readers is, “Did you write about [fill in pet concern]?”

An appendix offers suggestions for doing your own digging into subjects not covered in “Worried?” Chudler and Johnson do not expect readers to subscribe to medical and scientific journals. Scholarly articles are too difficult and time-consuming for most people to decipher, Chudler says.

Instead, the authors suggest relying on multiple, credible popular sources—think a newspaper article based on a cited scientific study versus your aunt’s Facebook post. And, they say, look for consensus among the experts. “People latch on to one study that goes against everybody because it reinforces their own beliefs,” Chudler says. “That’s not what you should do.”