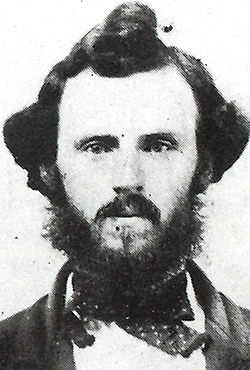 Asa Shinn Mercer helped build the University of Washington with his bare hands, personally recruited students, was the school’s first teacher and its first president. But he is much more famous for bringing shiploads of women around Cape Horn to the then-wild Puget Sound area in the 1860s than for first presiding over one of the nation’s great research universities.

An adventurous, entrepreneurial spirit known for his ability as a promoter, Mercer was one of the Puget Sound’s pioneers. He arrived in Seattle in 1859 after graduating from Franklin College in Ohio, following his more famous brother, Thomas, from the Midwest.

The younger Mercer performed manual labor on the foundation work of the first UW campus, now the site of Seattle’s Olympic Hotel. He later hired two Indians and a canoe and traveled 400 miles, visiting every logging camp from Bellingham to Olympia to induce young men to come to the UW. He bought groceries wholesale in San Francisco and had them transported via ship to Seattle at no charge. He also hired a married couple to open a boarding house on the University grounds to house students for $3 a week, a low price even back then.

School opened on Nov. 4, 1861, with Mercer teaching 30 students in the UW’s one room. Tuition was $5 a quarter ($10 for Latin and Greek). But despite all his efforts, the UW faced stormy waters. During the UW’s second year, students left for one reason or another, until there were only five pupils remaining. On March 13, 1863, Mercer closed the University of Washington “without formalities.” He left the UW, though the school re-opened six months later under its second president, William Edward Barnard. 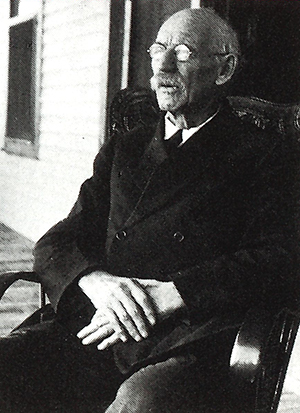 Mercer in his later years

Undeterred, Mercer set about another enterprise—bringing “marriageable maidens” from Boston to the Puget Sound area after “the alert and observing young man noted that the communities on Puget Sound were sadly in need of women,” according to one account. With the ratio of men to women at about 9-to-1, citizens asked authorities to do something.

In 1864, he visited the East Coast and enlisted a group of “New England school marms” to journey west on the Torrent. The members of that party married quickly, so Mercer repeated his mission. In 1866, he signed up 200 women to take the steamer Continental. “No more curious or suggestive exodus ever took place,” said Harper’s Weekly . The voyage lasted 3 1/2 months. Many of those women married quickly as well. According to several accounts, the Puget Sound today is said to be populated with descendants of the “Mercer Girls.”

Mercer spent his later years in Wyoming as a newspaper editor. He wrote a controversial book about the infamous Johnson County “war” between cattlemen and ranchers. On Aug. 10, 1917, Mercer died at the home of a daughter in the northern Wyoming town of Buffalo. He is buried in a small graveyard in Hyattville, Wyo., and his simple headstone says nothing of his adventures—or of his time as the first president of the UW.