For an unconventional scientist, a Nobel Prize brings redemption

In his 40-plus years studying the genetics of fruit flies, Jeffrey C. Hall, ’69, ’71, was publicly ridiculed many times for his work. 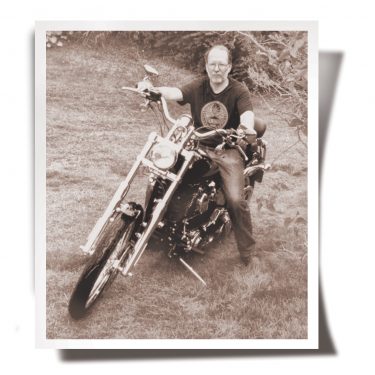 When Jeffrey Hall received the call from Sweden in October, notifying him that he and two colleagues had won the Nobel Prize in Physiology or Medicine, he thought he was being punked.

After all, in his 40-plus years studying the genetics of the fruit fly, he was publicly ridiculed many times for his work with the lowly fly and for using genetics to answer questions about behavior. But he endured the skepticism because he knew that fruit flies share 75 percent of the genes that cause disease in humans, meaning scientists can learn about human genetics by studying the teeny tiny flies most people find annoying.

Hall and his two fellow laureates were honored for learning how circadian rhythms work by isolating the fruit-fly gene that controls biological rhythm. Understanding sleep-wake cycles lays the groundwork for helping people with sleep disorders, Alzheimer’s disease and diabetes, among other conditions.

He is the fifth alum to receive a Nobel Prize. Seven faculty have also been named laureates.

Now 72 years old, Hall, ’69, ’71, retired in 2008 after 34 years as a professor of biology at Brandeis University and several more years at the University of Maine. Columns reached Hall at his farmhouse in Cambridge, Maine (pop. 462) just as he was feeding dinner to his seven Jack Russell terriers.

“The UW meant everything in my development as a scientist. My four years at the UW were the most influential time in my background by far,” says Hall, who received both his master’s and doctoral degrees in genetics at the UW. “When I was at the UW, there weren’t many university genetics departments around. My supervisor was a genuine mentor who said ‘I want all of you to learn the deep history of Drosophila.’ [a type of small fruit fly] When I went to Caltech as a postdoctoral student, I knew a lot of fruit-fly genetics, thanks to the UW.”

“He was obsessed with sports,” Greenspan recalls. “He had an encyclopedic memory and knew every batting average and statistic of every baseball player. That was true even when he was a professor at Brandeis.”

Hall is also a serious scholar of the Civil War. In 2003, Hall published a book, “The Stand of the U.S. Army at Gettysburg,” and it drew accolades from Civil War scholars. Hall once gave Greenspan a tour of the Gettysburg battlefield, making the scene come alive because his knowledge ran so deep.

“Jeff loves debunking received wisdom and many of the histories of that time come from exaggerated stories from veterans’ reunions,” Greenspan says. “Jeff went to primary sources.”

The fact that Hall acquired seven Jack Russell terriers is not incidental to his work. He says his dogs are genetically strong because they are not genetically inbred. “They are outbred, not purebred. My dogs are not neurotic or fearful or hostile. They’re just a handful,” he says.

Retirement finds the UW’s newest laureate sitting on his porch in central Maine, listening to rock and roll, reading books about the Civil War and the occasional crime novel. He walks his dogs on the 40 acres he owns in the New England community so small there are no shops and the nearest stoplight is miles away.

Yet Hall says that his time at the UW is never far from his thoughts. “Something crosses my mind about the UW almost every day, still,” he says, with a hint of nostalgia. “I remember when there were hardly any cars on I-5.”