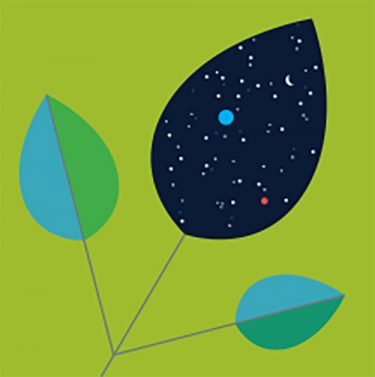 Miniscule, fossilized pieces of plants could tell a detailed story of what the Earth looked like 50 million years ago.

An international team led by the UW has discovered a way to determine the tree cover and density of trees, shrubs and bushes in locations over time based on clues in the cells of plant fossils preserved in rocks and soil. Tree density directly affects precipitation, erosion, animal behavior and a host of other factors in the natural world. This work could shed light on how the Earth’s ecosystems changed over millions of years.

“It’s the context in which all land-based organisms live, but we didn’t have a way to measure it until now,” says lead author Regan Dunn, a paleontologist at the UW’s Burke Museum of Natural History and Culture.

The team focused its fieldwork on several sites in Patagonia, which have some of the best-preserved fossils in the world and together represent 38 million years of ecosystem history. Paleontologists have collected fossils from these sites for years, and worked to determine their ages using radiometric dating.

“The significance of this work cannot be overstated,” said co-author Caroline Strömberg, the Estella B. Leopold Associate Professor in Biology and curator of paleobotany at the Burke. “Using this method, we can finally quantify in detail how Earth’s plant and animal communities have responded to climate change over millions of years, which is vital for forecasting how ecosystems will change under predicted future climate scenarios.”