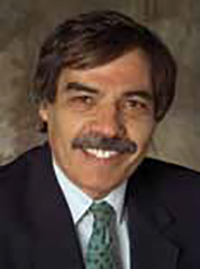 Students at the University of Washington are used to their professors doing amazing things, but few were prepared for the announcement that came from Ali A. Tarhouni, 60, earlier this year.

Tarhouni, senior lecturer in the Foster School of Business, told his microeconomics class that despite the death sentence on his head, he would be moving back to Libya, his homeland. He was named the finance minister for the Libyan opposition national council, the rebel army that is working to form a transitional government. He left for Libya in March.

Tarhouni holds a doctorate in economics and finance and has taught at the UW since 1985. Many students know him for making microeconomics engaging and understandable.

He is a native of Libya and has opposed Moammar Kadafi for 40 years. His family and wife have known for years that he would return to Libya should he get the chance. He says he doesn’t consider himself to be a hero, rather just a man rising to this extraordinary, once in a lifetime occasion.