Genes unlock the mysteries of the immune system 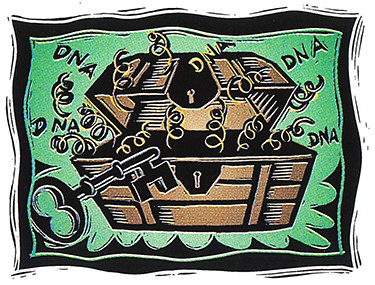 Scientists have analyzed the longest continuous segment of human DNA ever sequenced, and, in doing so, have uncovered some powerful and surprising information about the human immune system that may one day help doctors prevent diseases such as arthritis and multiple sclerosis.

Researchers at the UW and other institutions reported on a piece of human chromosome 7 containing a cluster of genes that play a vital role in recognizing foreign viruses, bacteria and cancer cells and in triggering the body’s defense mechanisms to destroy these invaders. The article appeared in the June 21 issue of Science.

The information will allow for the development of tests specific to each individual gene, making it easier for researchers and physicians to identify which genes are involved in autoimmune diseases.