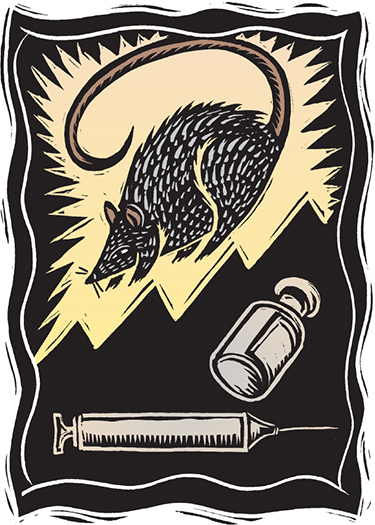 Discovery of a gene that plays a major role in type 1 diabetes in rats and is present in nearly identical form in humans might shed light on the little understood processes of the thymus, a vital part of the body’s immune system, a research team including University of Washington scientists announced.

“This gene appears to be absolutely necessary for the development in the BB rat, the best model for human type 1 diabetes,” says Ake Lernmark, a professor of medicine and adjunct professor of immunology at the UW. “The identification of this gene will help us figure out how a gene can fully control if the rat will get diabetes or not. We think this gene may also contribute to human type 1 diabetes.”

The findings, published in the July issue of Genome Research, identify a gene dubbed Ian5 with a mutation that results in the deletion of a protein that is found in, among other places, the thymus, a ductless glandlike structure situated just behind the top of the sternum.

The thymus filters and processes white blood cells, such as T cells, rejecting those that would harm the body. In a process that is less understood, a healthy thymus then incubates T cells that will be released into the body to fight infections.

However, in type 1 diabetes (which affects 1 perfect of humans), the process goes haywire, and T cells are released from the thymus, mistakenly “believing” that the insulin-producing cells in the pancreas represent an infection that needs to be destroyed.

“Something in the immune system is going wrong. No one is sure exactly what,” explains Armand J. MacMurray, first author of the paper and a senior fellow in the UW’s Division of Metabolism, Endocrinology and Nutrition. “Now that we have identified the specific gene that is causing an immune system defect, we can try to understand how that gene is acting in its particular context in the immune system normally.”