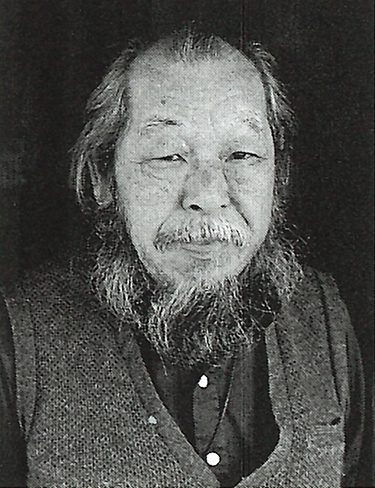 George Tsutakawa, a longtime art professor at the University of Washington who was one of the Pacific Northwest’s most talented and prolific artists, died Dec. 18 at his Seattle home following heart problems. He was 87.

Born Feb. 22, 1910, in Seattle to immigrant parents, he discovered his passion for art as a child. During his long career, Tsutakawa was a printmaker, a creator of exquisite sumi paintings, an oil painter, and a sculptor known, especially early in his career, for eloquent abstract wood sculptures he called “Obos.” Those looked liked beautiful, perfectly balanced stacks of polished rocks, and they referred to the rock cairns that thankful Tibetan travelers built along mountain passes as offerings to the Earth and the gods.

But it is his fountains for which he is perhaps best known. More than 75 of them can be found in the U.S., Canada and Japan. The Seattle area is home to some of his most famous fountains, including “Fountain of Reflection,” outside McMahon Hall on the UW campus.

“His art has such a strong presence in the community,” says Mimi Gates, director of the Seattle Art Museum. “He was able to draw on Asian roots in a very imaginative way. But his works also reflect the convergence of Eastern and Western artistic tradition.”

Described as a gracious, gentle, nurturing man, Tsutakawa taught thousands of students during his 30 years as an art professor at the University. “Legions of his students were mesmerized by him,” says Michael Dailey, a UW art professor and noted painter. “He was gentle, warm, wonderful, totally unpresupposing. He had a gift for bringing out whatever talent a student had in him.”

Tsutakawa earned two degrees at the UW, a bachelor of fine arts in 1937 and a master’s of fine arts in 1950. He joined the UW faculty in 1946 and taught until his retirement in 1976. In 1984, he was honored with the Alumnus Summa Laude Dignatus award, the highest honor bestowed by the University of Washington and the UW Alumni Association. Remembrances may be made to the George Tsutakawa Memorial Scholarship Fund, Key Bank, 666 S. Dearborn St., Seattle, WA 98134.