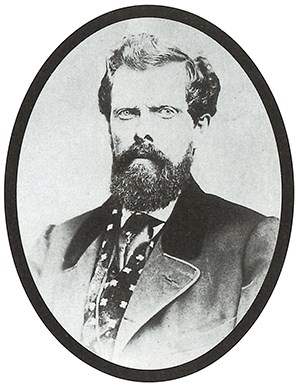 John Brace Scurry was a Seattle businessman with a rare distinction: He could trace his family’s roots back to the city’s founders. Scurry’s great-grandfather, Charles C. Terry, arrived on Nov. 13, 1851 as part of the Denny party, a small group of people who would become the city’s pioneers. Charles Terry and his wife, Mary, later were among the donors whose combined gift of 10 acres of land helped establish the “Territorial University” that became the University of Washington. Their oldest daughter married John G. Scurry, a prominent civil engineer who helped locate the route for the Northern Pacific Railroad through the state of Washington.

The history of this Seattle family is honored through a bequest to the University from John Brace Scurry—the fourth generation. John Brace Scurry was born in Seattle in 1903 and was a 1921 graduate of Broadway High School. He joined the General Insurance Co. (later Safeco) shortly after its founding, and retired in 1968 as head of the Commercial Auto and Casualty Department. A gift from his estate, totaling more than $517,000, has created the Charles C. Terry, John G. Scurry, and John Brace Scurry Endowed Scholarship Fund to help students from King County who want to study engineering, medicine or law.

John Brace Scurry’s father passed away while he was in high school, and after graduation he could not afford to go to college. To further his education, he read extensively. A firm believer in the importance of education, Scurry made his gift to the University so that young people could have the opportunity to go to college, which had not been available to him.

During 1995-96, the University received $8.5 million from trust and estate gifts. For many of those donors, their bequest was a continuation of giving begun during their lifetimes. For others, like John Brace Scurry, it was their first gift to the University. Each gift is a unique and lasting investment in the future and—like Charles Terry’s original gift of land to the Territorial University—may bring benefits beyond anything the donor could have imagined.