The senior All-American from San Diego leads the Huskies in the Nov. 11 season opener at home against Eastern Washington — with her sights set on a return trip to the Final Four. 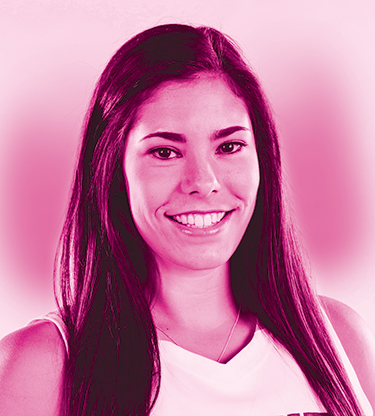 1. You played in a Final Four and you’re an All-American. What’s your encore?

We want a national championship. I know most people think it’s UConn and Tennessee who will always win women’s basketball, but we believe in our vision. We want to show that the West Coast deserves respect.

2. What are you working on for this season?

My three-point range needs work. I also need to go to my right better. This year, I won’t be handling the ball all the time. I’ll get to move off the ball, play off screens. I may not have to play as much.

3. Tell us about the Final Four.

I really didn’t expect that we would make it. I’m a realistic person, and we came in fifth in the Pac-12. But when we beat Kentucky in the regionals, I thought maybe we could do it. My teammates were always convinced. I was a late bandwagoner.

It rained 60 straight days my freshman year. I called my mom every day. She almost got me a sun lamp, but she told me to suck it up. Here, I wanted to do something different, to be part of turning things around. And the results show that we are doing it. We are recruiting players who would not have come here years ago. The talent is coming here. It’s very exciting.

5. What do your brother and two sisters think of your newfound celebrity?

They still treat me like a scrub. I have to make my own breakfast and I still get third pick of what family car I can drive. There’s a lot of humble pie to eat at home.