A trumpet player in the Husky Marching Band during the late ’80s, Shannon Drayer gave acting a try before becoming a sports radio journalist. She is the excellent Mariners reporter for radio station ESPN 710. 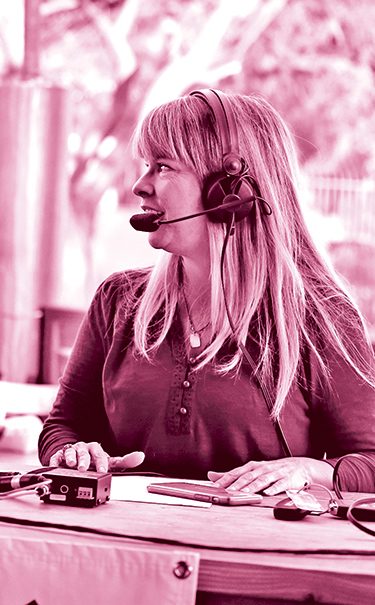 1. What career did you pursue first?

When I was in high school, it would have been either a sports reporter or an opera singer. But there weren’t women doing sports then.

2. How did you get into sports media?

I worked as a barista at Starbucks and people would come in to talk sports. One day, a customer told me that KJR was having a sports hack wannabe contest. He said, ‘You need to do this.’

3. What was your first job in radio?

My first beat was Husky basketball. I idolized the beat reporters. That’s what I wanted to be. I didn’t want to be stuck in a room all day talking at a microphone.

4. Who is your favorite player?

Ken Griffey Jr. I appreciated him as a person. When he rejoined the Mariners [in 2009], he was so intuitive. If somebody needed something or was having a bad day, he would do something to lighten up the day. There was a warmth to him that I really appreciated.

5. What obstacles do you face today?

They’re far less than they used to be. The hardest thing now is there are people that you write for or that listen to your broadcasts that are not going to take their sports from a woman. And I don’t think that’s ever going to change. You can’t fight it continually. And we do. We want to stand up and we’re equal, darn it. We’re going to prevail!