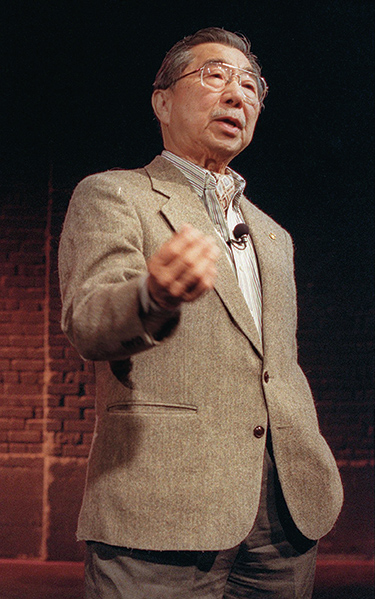 For 45 years, Gordon Hirabayashi, ’46, ’49, ’52, who died Jan. 3 at the age of 93, waited for justice after he was imprisoned for challenging the U.S. government executive order to incarcerate thousands of Japanese Americans after Japan bombed Pearl Harbor at the start of World War II.

Hirabayashi was a senior at the UW in 1942 when the day came for him to get on the bus and report to an internment camp. He refused. In a case almost as bizarre as it was important, Hirabayashi turned himself in to the FBI, and he was tried, convicted and sentenced to a year in prison. Hirabayashi hoped the case would be overturned in the federal courts, but he was sentenced to 90 days in prison (plus time already served).

After prison, Hirabayashi returned to Seattle to continue his education at the UW, earning a B.A., an M.A., and a Ph.D. in sociology in less than six years. He taught at the American University in Beirut and later in Cairo. Hirabayashi also spent 24 years at the University of Alberta before retiring in 1983.

It wasn’t until 1987 that the U.S. Supreme Court overturned his original conviction on appeal, restoring his faith in the U.S. and in the Constitution. At the time he said, “The U.S. government admitted it made a mistake. A country that can do that is a strong country. I have more faith and allegiance to the Constitution than I ever had before.”