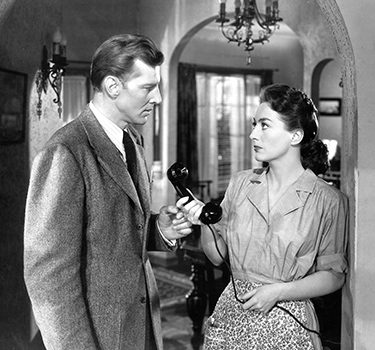 Herman Brix, ’28, doesn’t think his greatest achievement is winning a silver medal in the shot put in the 1928 Summer Olympics. Playing on the Husky football team in the 1926 Rose Bowl doesn’t make the cut, either. Neither does being an actor and playing the role of Tarzan and rubbing shoulders with the likes of Charlie Chaplin and Cary Grant. Being married to his late wife, Jeannette, for 67 years is what he considers his biggest achievement.

“She has been my wife, my love, my inspiration,” he says.

Brix’s storybook account of growing up in the lumber camps of Washington to become an Olympic athlete and major movie star is the subject of Mike Chapman’s 2001 book “Please Don’t Call Me Tarzan.”

The Tacoma-born Brix was a star football player and track and field athlete at the University of Washington, where he earned a B.A. in economics in 1928. But his athletic success didn’t translate into job opportunities, so he moved to Los Angeles to see what he could find. After nearly getting the lead in MGM’s Tarzan the Ape Man in 1932 (Johnny Weismuller got the part instead), the muscular, 6-foot-2-inch Husky Hall of Fame member was picked by Tarzan creator Edgar Rice Burroughs for the author’s own production of The New Adventures of Tarzan in 1935. 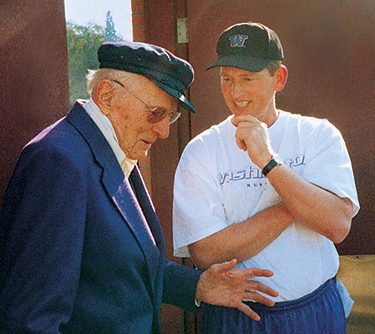 After acting in movies for several years, Brix dropped out for a while, took acting lessons, changed his name to Bruce Bennett and went on to appear in 113 films, including “The Treasure of Sierra Madre” with Humphery Bogart and “Mildred Pierce” with Joan Crawford.

He fondly recalls his memories as a Husky, and visited a Husky practice in Southern California before the 2001 Rose Bowl game. The team presented him with a game ball after the Huskies’ 34-24 win over Purdue.

Yet the star who is still reluctantly known today by his most famous movie role can’t figure out how he got where he is. “I wanted to be a rancher,” he says. “I have a hard time believing it all happened.”